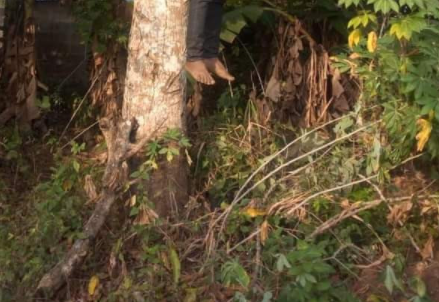 An unidentified young man committed suicide in Uratta Owerri North LGA, Imo State on Friday, December 18.The deceased did not leave any suicide note so the reason for his dastard act is unknown. However, his neighbors claim he might have decided to take his life due to  economic hardship and hunger. His body has since been removed from the tree where it was found. See graphic photo below 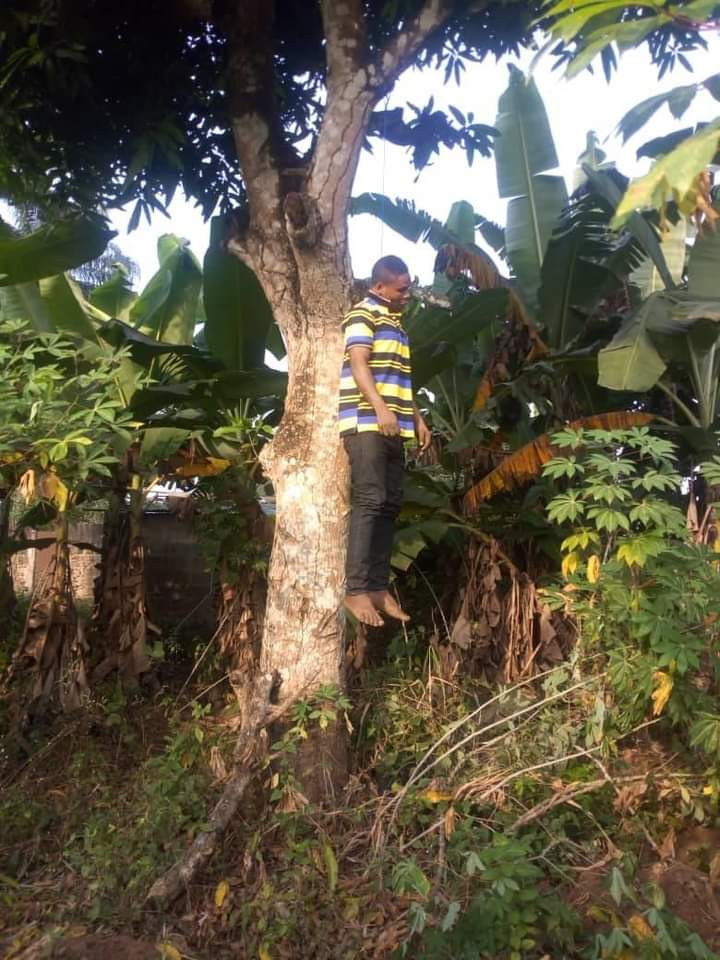