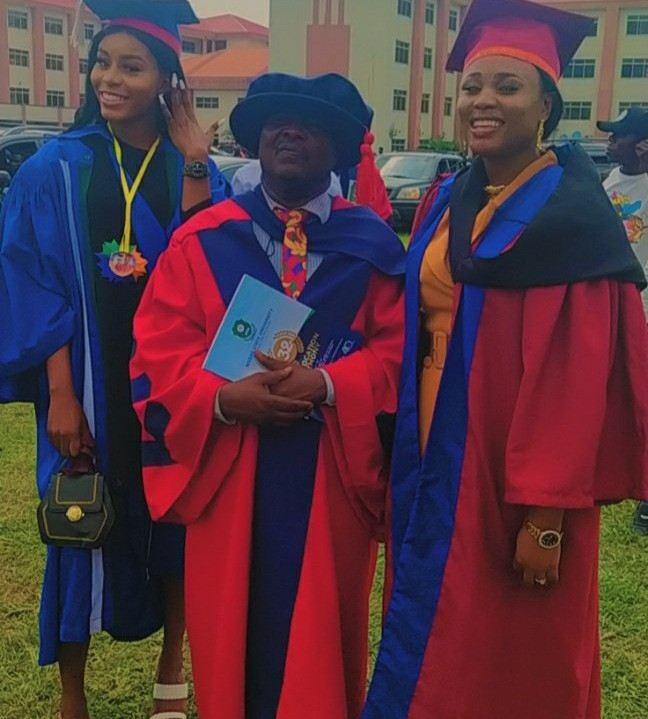 A man and his daughters had their convication ceremony on the same day and their photos have gone viral on Twitter. The photos were shared by one of the daughters. She revealed that she earned a BBC degree, her sister got her Master's degree,  while their father got his PhD and they were all having their convication on the same day. "Issa triple blessing," she wrote as she shared photos of herself, her sister,  and her father in their convocation gowns. 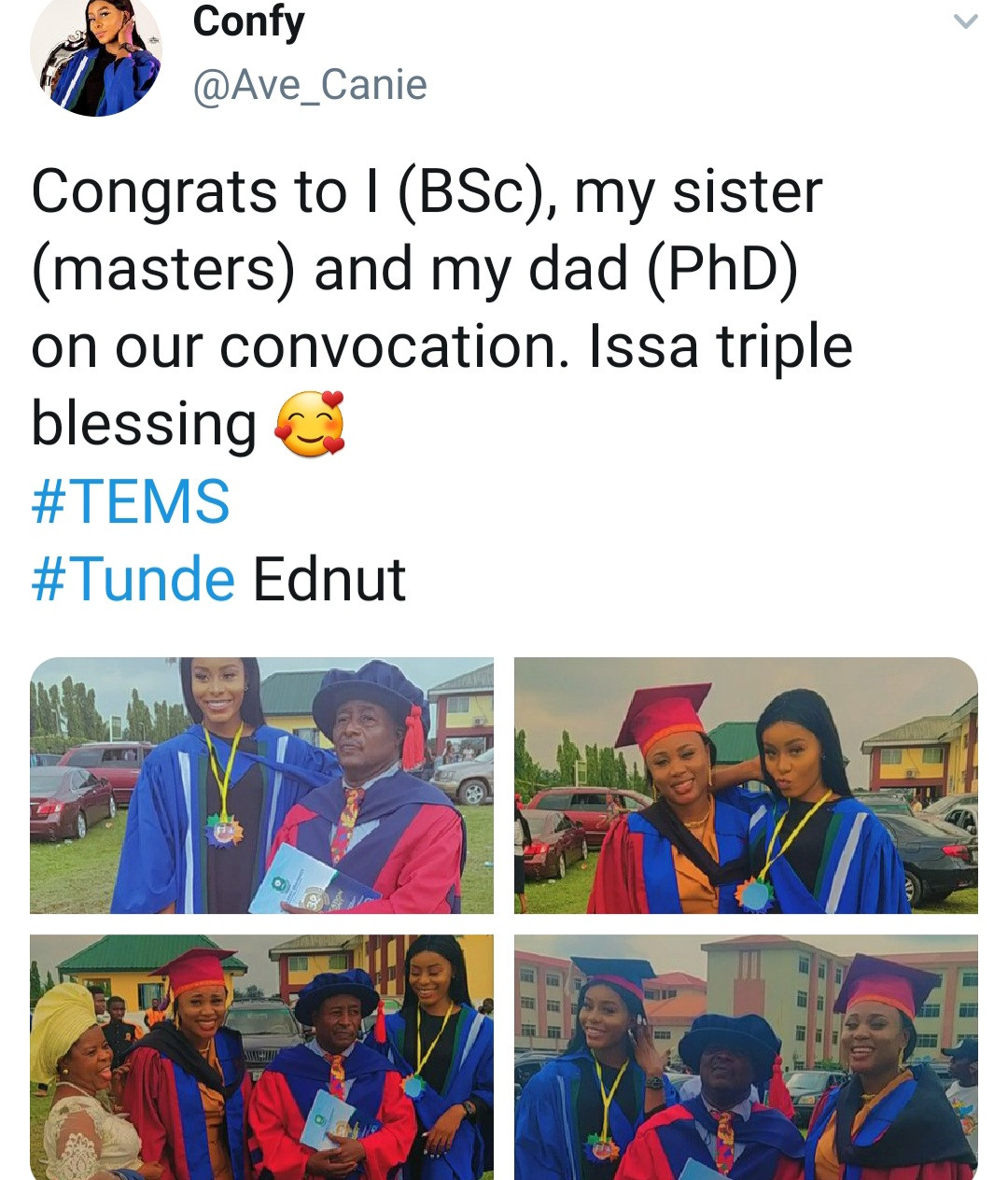 Her mother is also pictured with them but is not wearing a convocation gown and when asked why her mother isn't trying to get another degree like the rest of them, she explained that her mum is a Master's degree holder.

The post Man and his two daughters have their convocation ceremony on the same day appeared first on Linda Ikeji Blog.