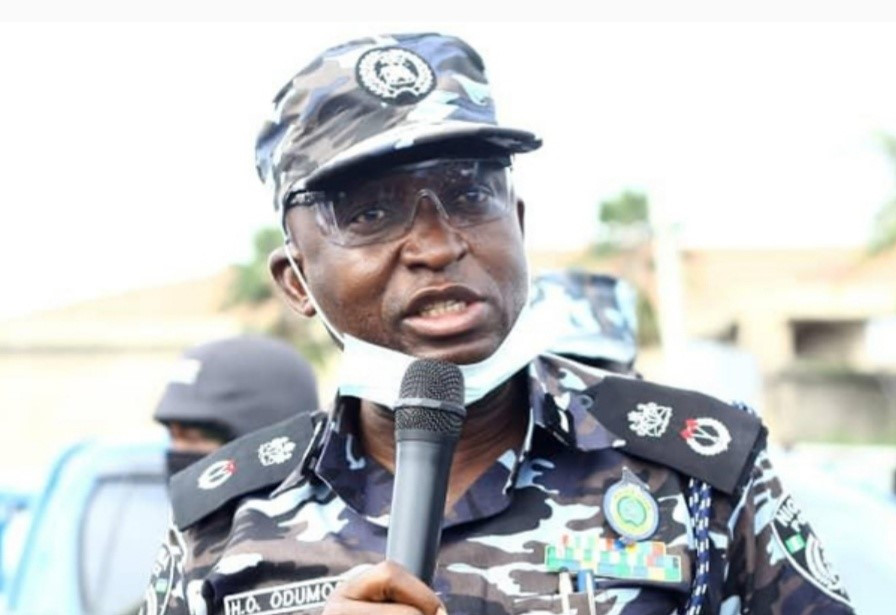 Lagos State Commissioner of Police, Hakeem Odumosu has denied ordering closure of churches in the state.  Though a statement was released earlier in which the police chief instructed policemen in the command to enforce all protocols by the Presidential Task Force on COVID-19 including the restriction of movement between 12am and 4am, the state Police Public Relations Officer, Olumuyiwa Adejobi released another statement in which he made a clarification.  Odumosu stated that he didn’t order the closure of churches but nightclubs, bars, lounges, and event centres. The statement read;  “The command’s statement was explicit on the enforcement of COVID-19 protocols as clearly stated by the Presidential Taskforce and the Lagos State Government respectively.“For clarification, the preventive COVID-19 protocols include the use of face mask at public places, maintaining social distancing, closure of night clubs, bars, lounges, event centres; no social party, street carnivals and due enforcement of the Federal Government imposed 12 midnight to 4am curfew.“No closure of churches was included in the already established and released COVID-19 protocols contrary to mischievous publications“The Police Command wishes to state categorically that according to the directive of the Lagos State Government, churches are allowed to operate in accordance with the already laid down protocols, while event centres can operate with the permission of the Lagos State Safety Commission with due consideration to the COVID-19 guidelines in the state.“The Command, therefore, wishes to urge the general public to go about their lawful businesses; and they are also urged to be involved in the moves to halt the spread of the pandemic in the state.”The post Lagos police commissioner denies ordering closure of churches appeared first on Linda Ikeji Blog.