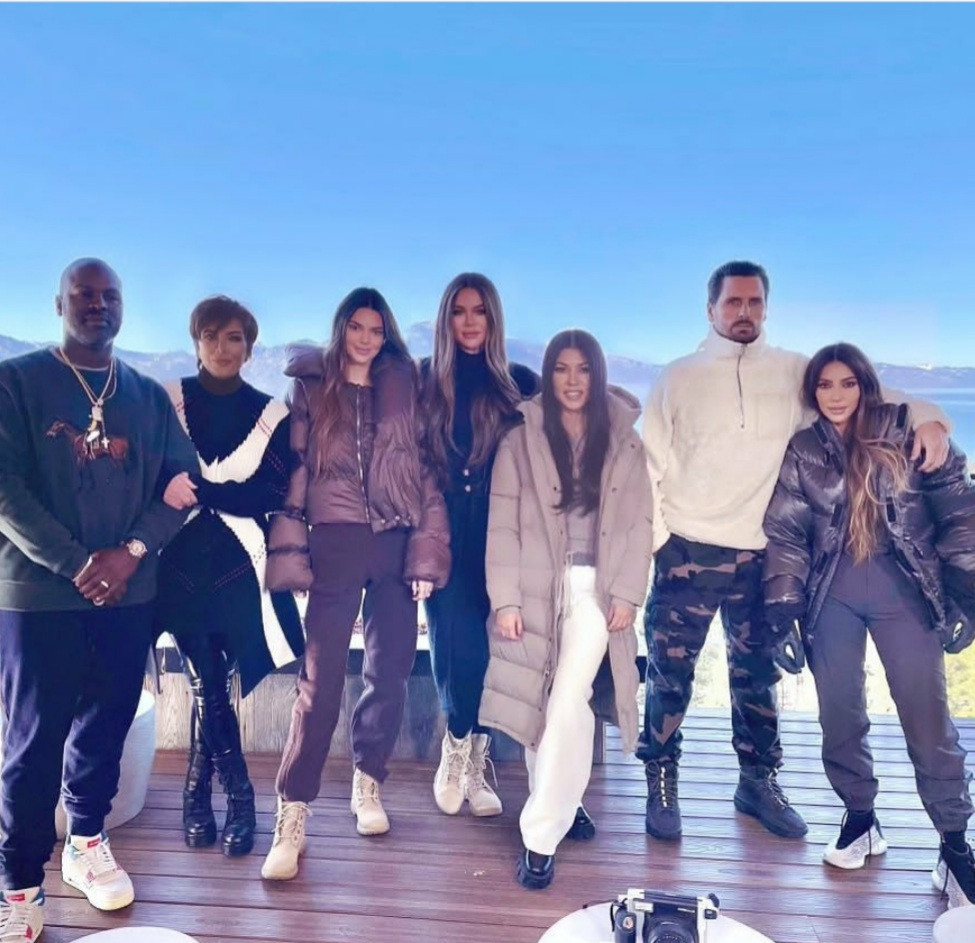 Kim Kardashian's latest family photo has raised a few eyebrows. Kim shared a photo from the family's recent trip to Lake Tahoe and fans are pointing out that Kourtney Kardashian looks like she was photoshopped to the photo. Others stated that they are look photoshopped to the photo. "Tahoe w the fam," Kim captioned the photo, which features Corey Gamble, Kris Jenner, Kendall Jenner, Khloé and Kourtney Kardashian, Scott Disick, and Kim. The family headed to Tahoe earlier this month to film for the final season of Keeping Up With the Kardashians. Kanye West was noticeably missing from the family photo, adding credence to rumors that he and Kim are living "separate lives." Below are some of the comments on Kim's latest photo. 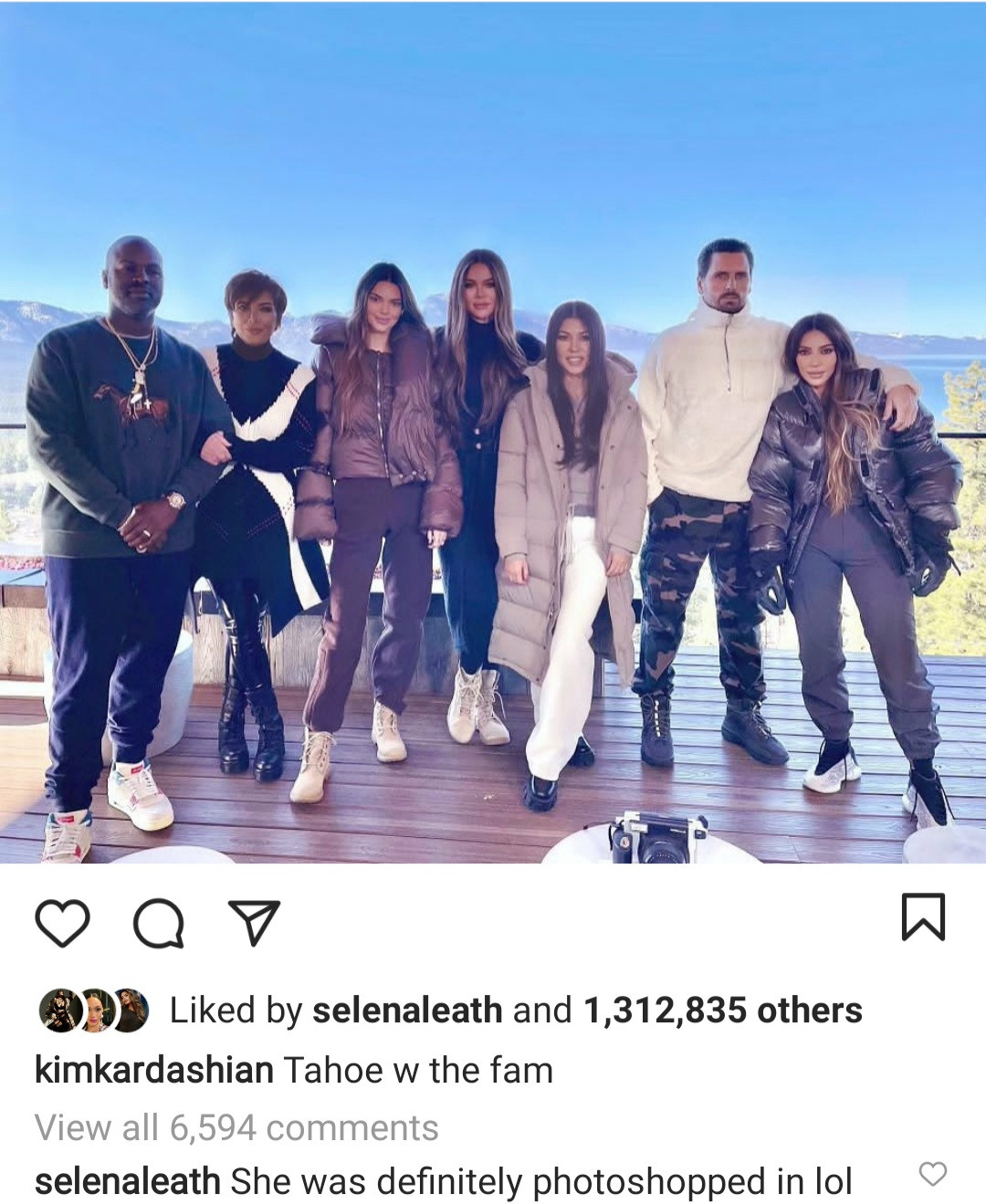 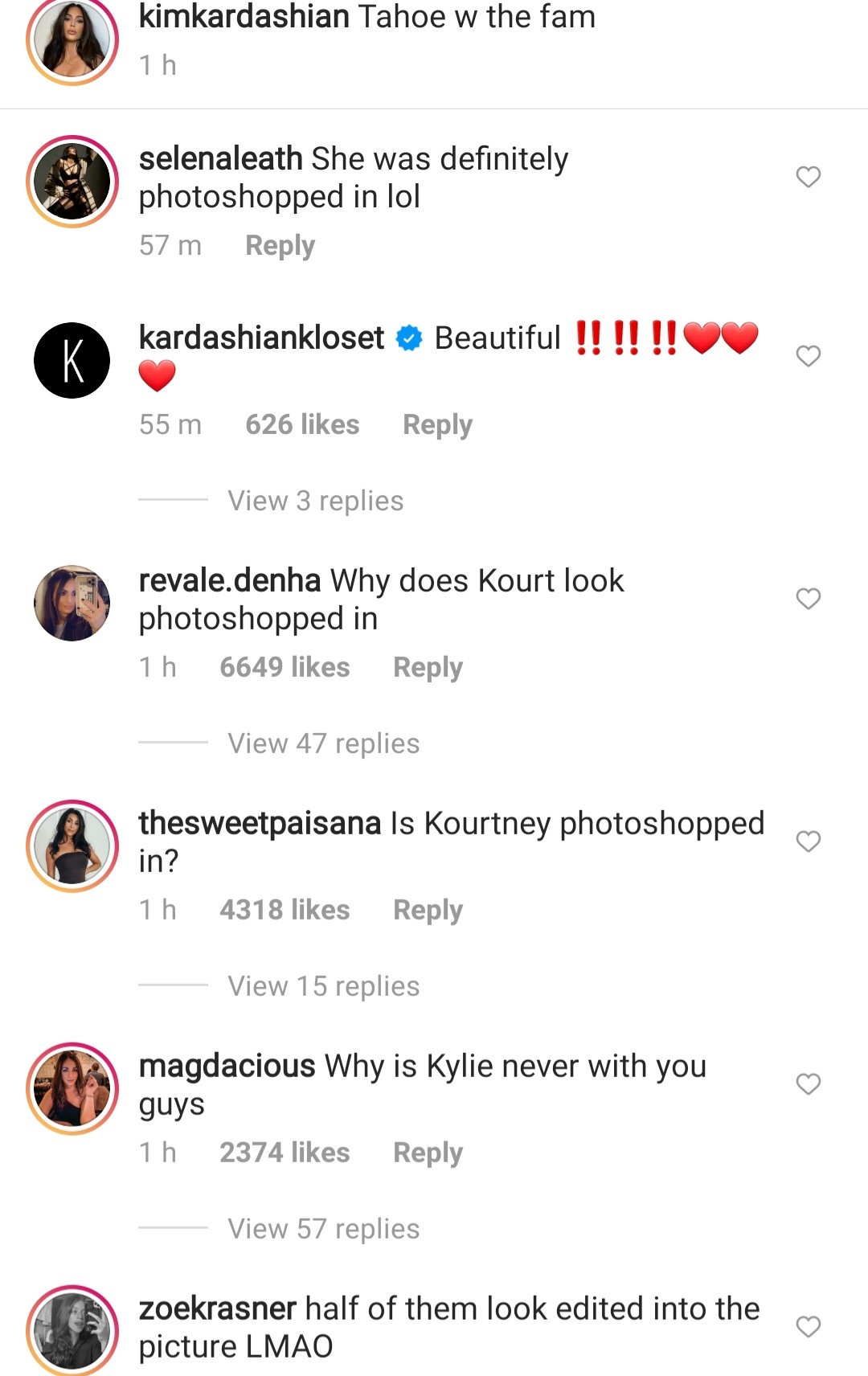 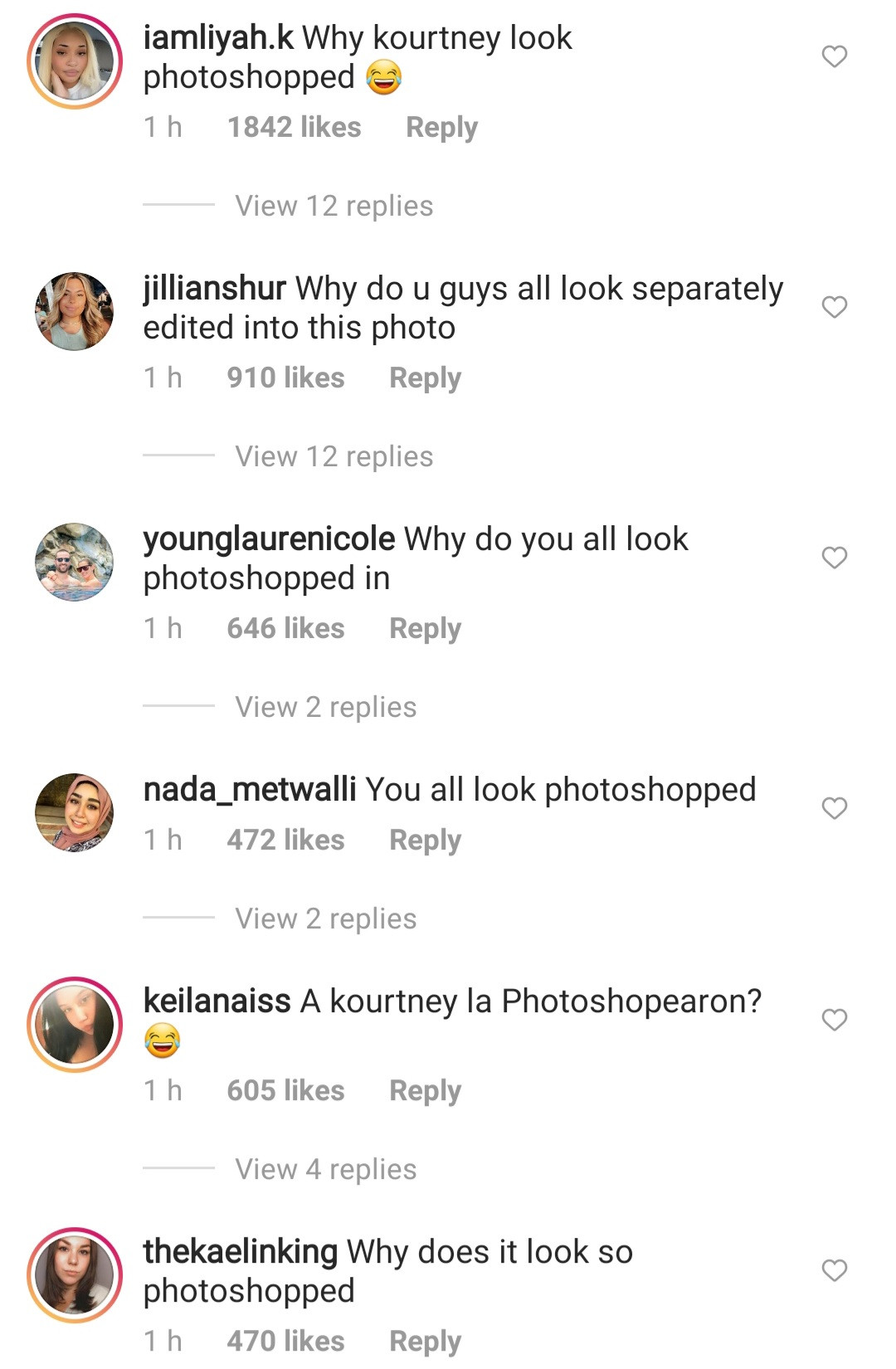 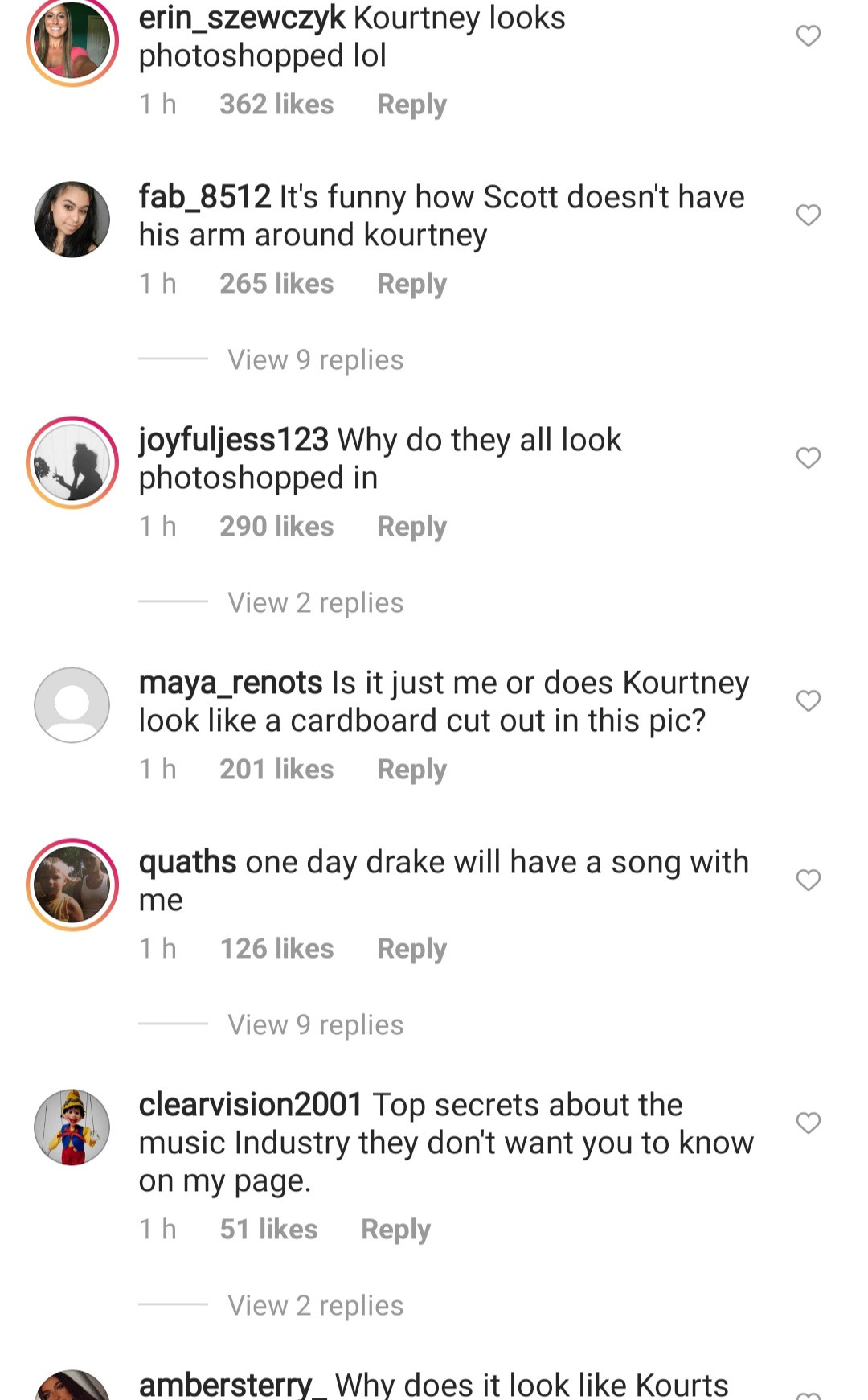 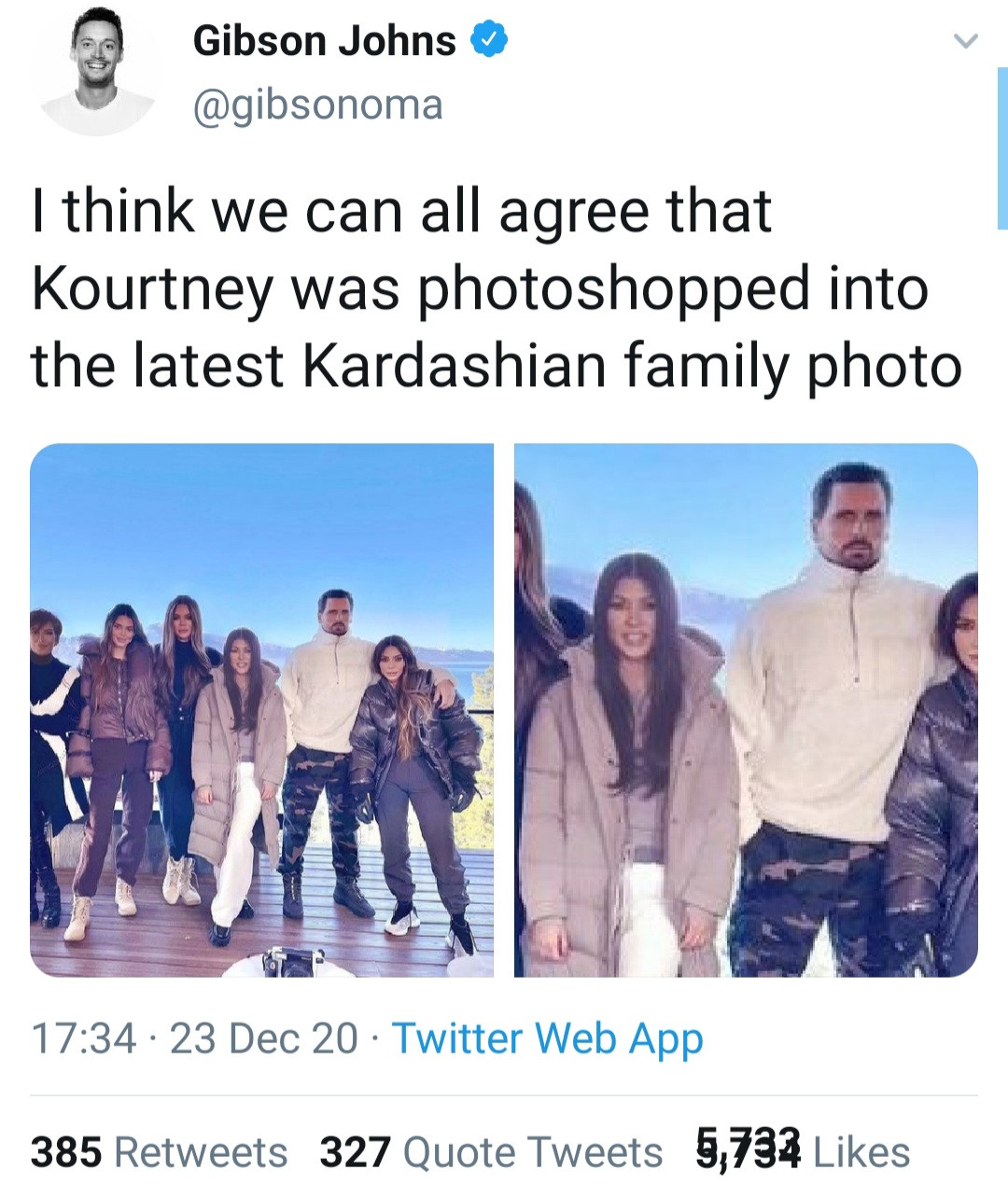