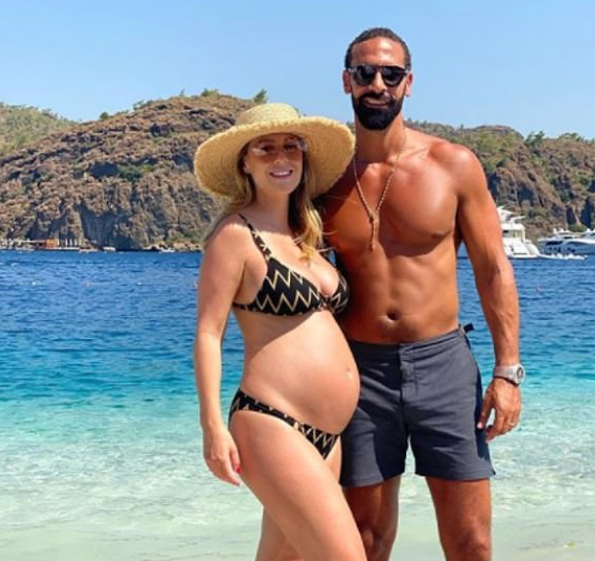 Kate Ferdinand, 29, has reportedly given birth to her first child with her husband Rio Ferdinand, 42. A source confirmed to OK! Magazine that the couple welcomed a baby boy on Friday, Dec 18. The former Towie star announced back in June that she and Rio, 42, were expecting their first baby together. In September, she told fans they were having a boy after throwing a gender reveal party. Kate is stepmother to Rio’s three children Lorenz, 14, Tate, 12, and nine-year-old Tia, from his marriage to late wife Rebecca Ellison. Rebecca died in 2015 after battling cancer. Kate had recently split from long-term boyfriend and Towie co-star Dan Edgar when rumours began in early 2017 that she was dating Manchester United legend Rio. The pair went Instagram official that summer, and in September, Kate announced that she was quitting showbiz and reality TV to focus on Rio’s kids. In November 2018, Rio proposed to Kate on a rooftop in Abu Dhabi with his children present. In September 2019, the couple tied the knot at a luxury hotel in Turkey.The post Kate Ferdinand gives birth to first child with husband Rio Ferdinand appeared first on Linda Ikeji Blog.