"It's over. You've wronged me in so many ways" Lamar Odom announces split from fiancÃ©e in open letter to her 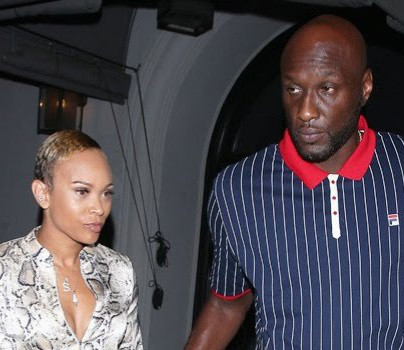 Lamar Odom took to Instagram to reveal it's over between him and Sabrina Parr and he asked her to release his passport and passwords. He said she has wronged him in so many ways and has now taken control of his social media, hacking his account and refusing to release his password. He claimed he can only share posts online using the phone she set up and he asked her to stop before he exposes her. In November, personal trainer Sabrina Parr revealed she has split from Lamar Odom after a year of engagement, claiming that the LA Lakers star is seeking "help". She later returned to him. Now, Lamar is saying it's over and has asked her to leave quietly and return his passwords and passport. Read the post he shared to Instagram below. 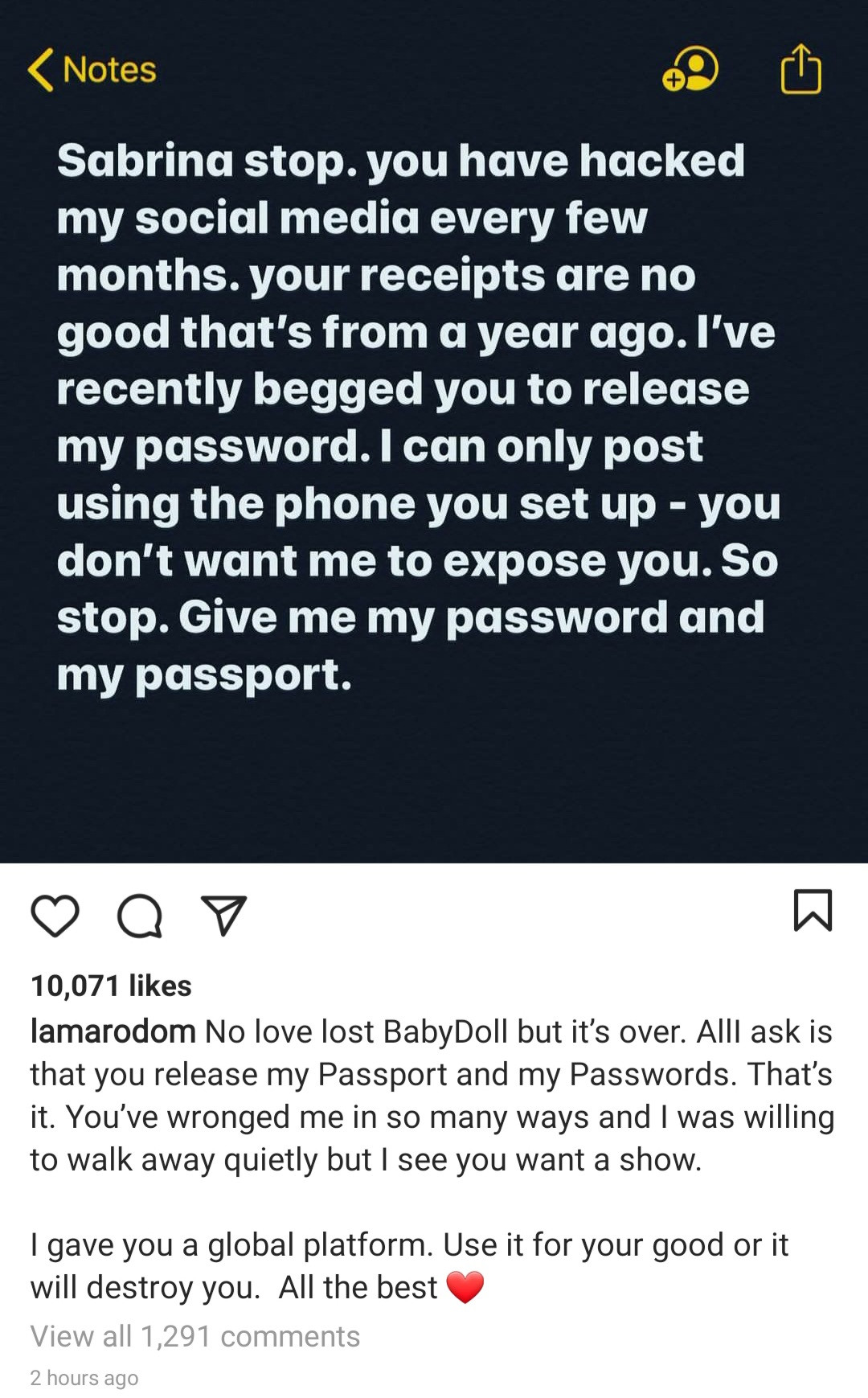 The post "It's over. You've wronged me in so many ways" Lamar Odom announces split from fiance in open letter to her appeared first on Linda Ikeji Blog.