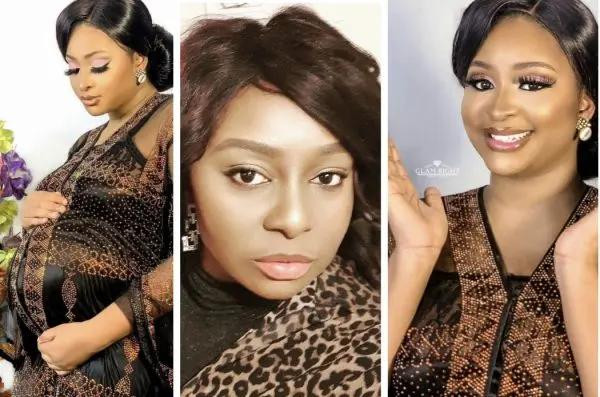 Former Nollywood actress, Victoria Inyama has shaded actress and comedian, Etinosa Idemudia after she shared videos of herself while pregnant to announce that she had welcomed a child. Taking to her Instagram stories, Victoria wrote; "some junkie is now a "mother gogoon' they have also given birth to a gagoon but shame no gree them post father of their baby gagoon' Recall that in February 2020, Etinosa and Victoria went on a name-calling match months after the former shared a video of herself using a bible as ashtray while smoking. Victoria called Etinosa out for not apologising for desecrating the bible, and in response Etinosa called her a 'jobless frustrated, retired old mother gagoon.' 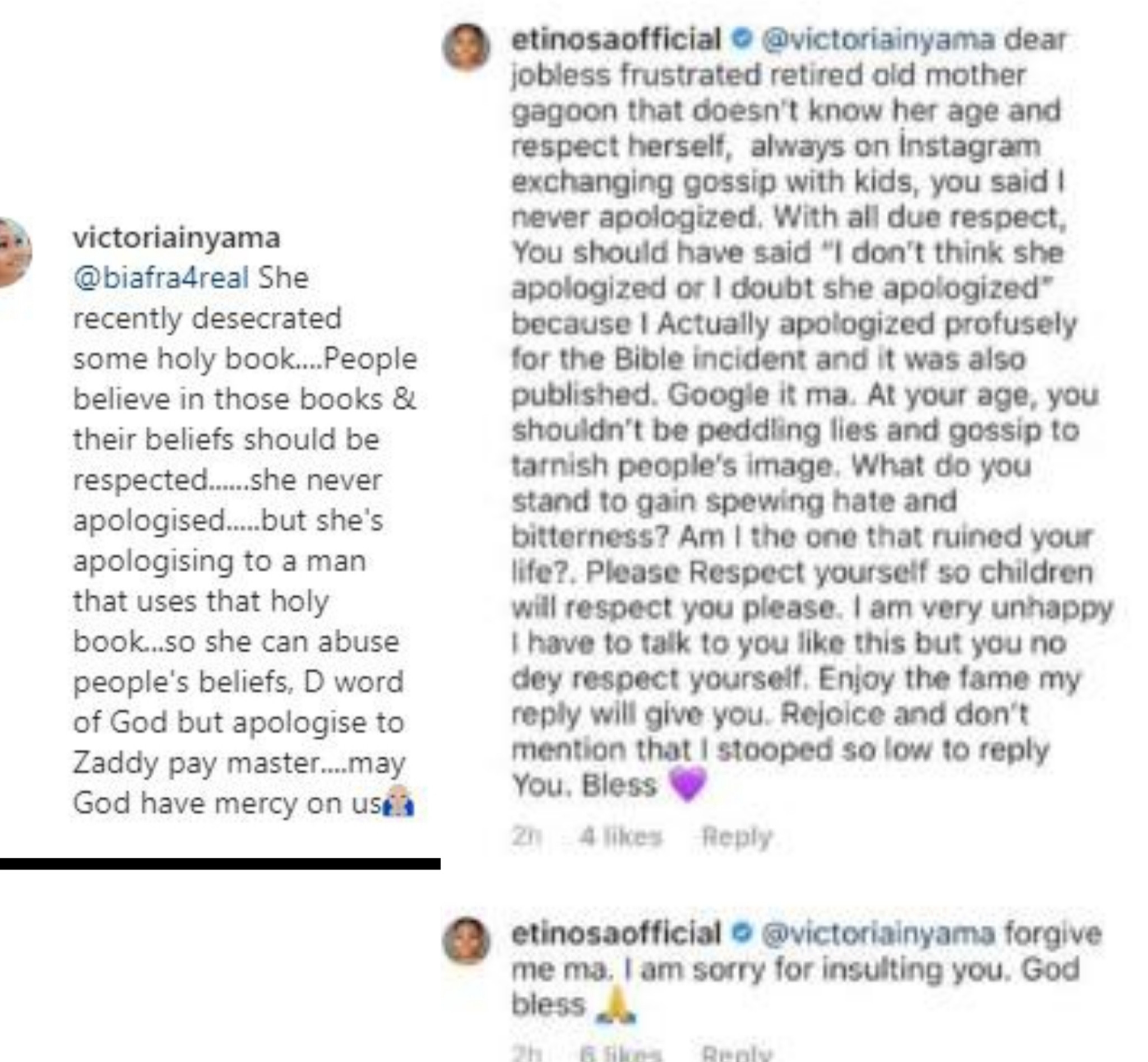 Months later, Victoria took out time to shade Etinosa for not posting photos of her child's father. She also referred to a post which Etinosa called out actress Halima Abubakar, for posting another woman's baby's photos as hers. See Victoria's posts below... 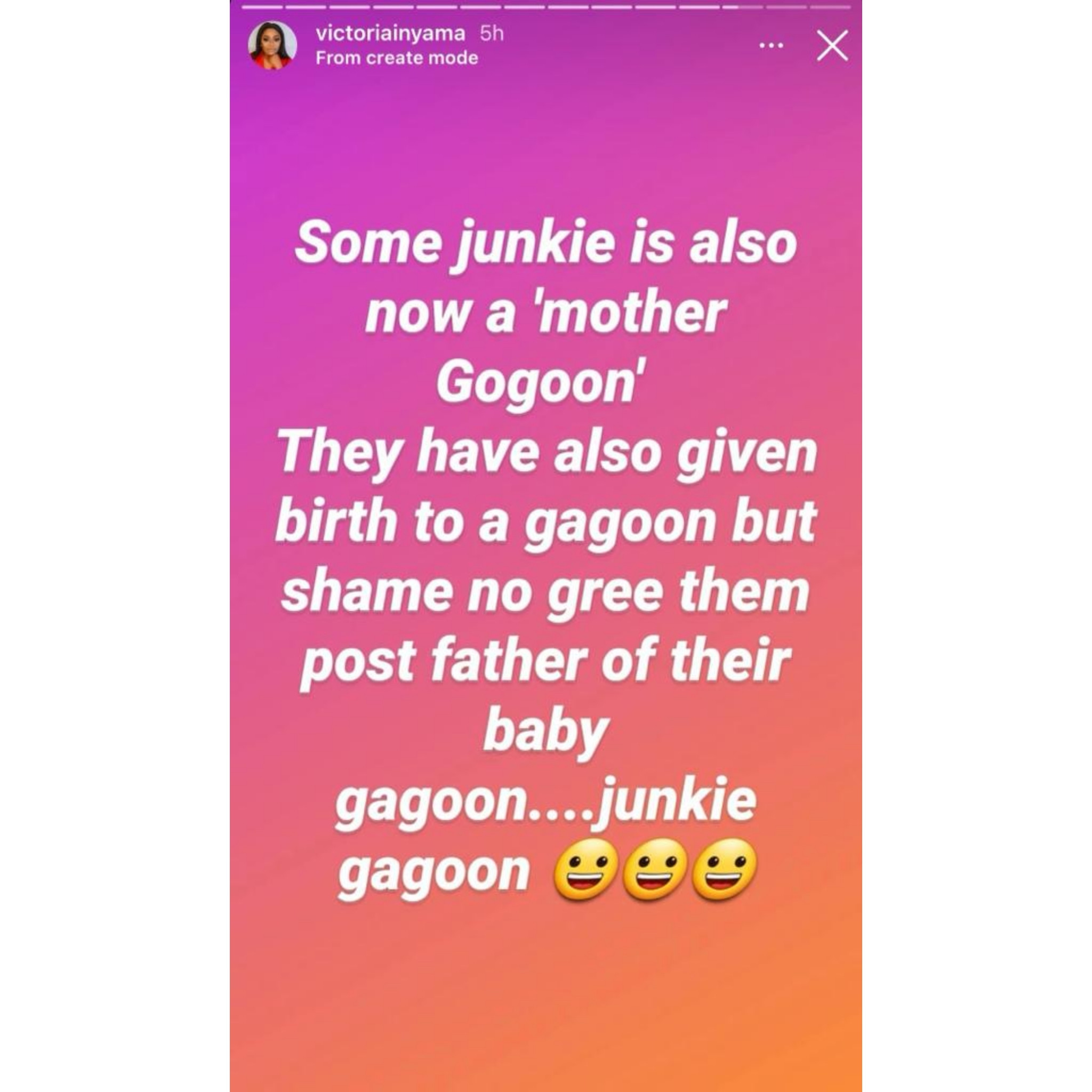 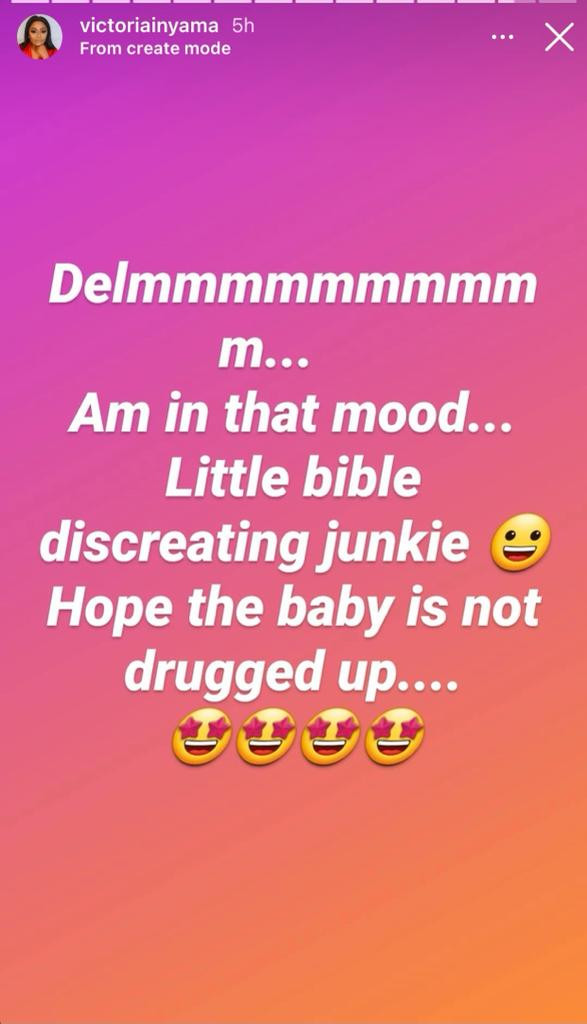 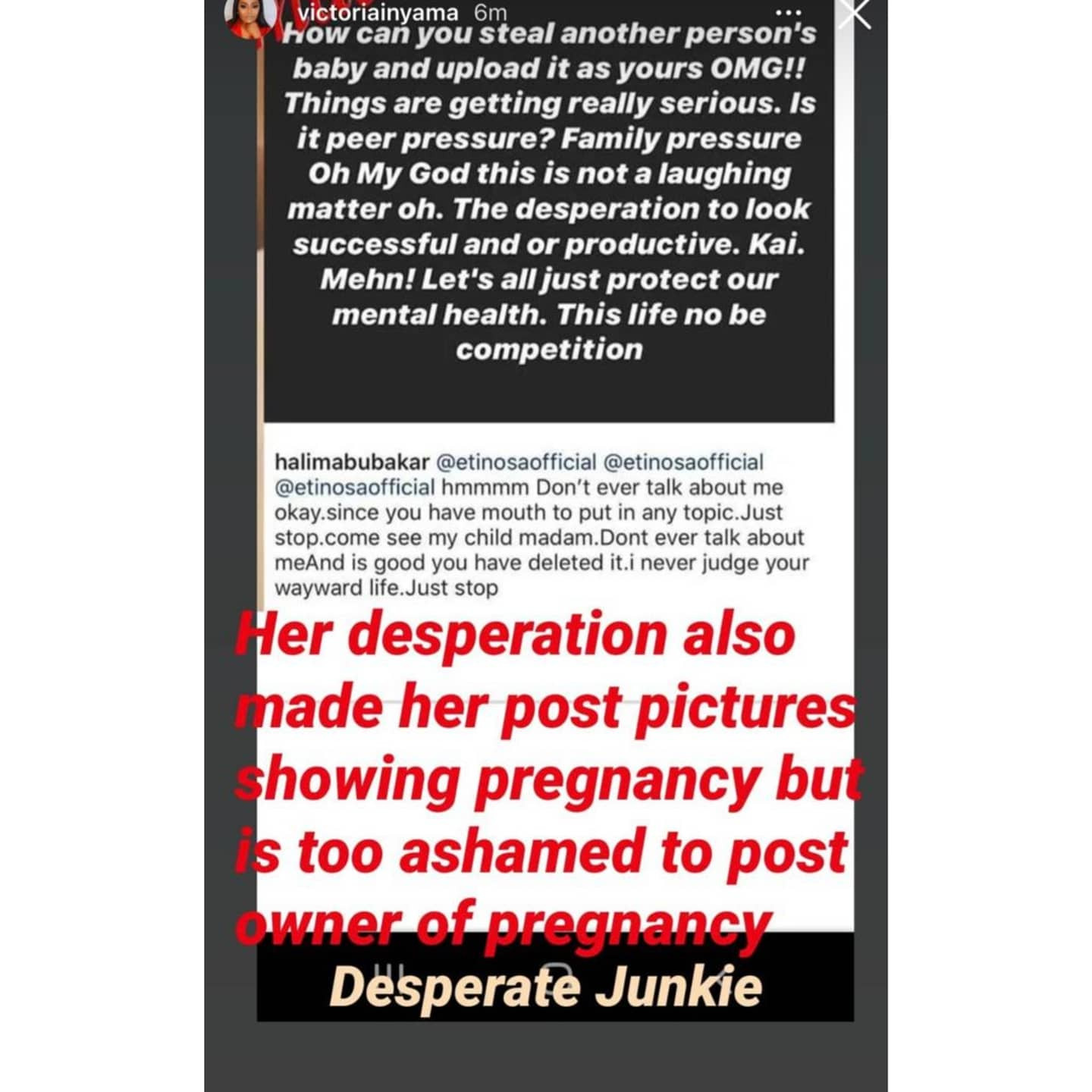 The post "Hope the baby is not drugged up" - Victoria Inyama shades Etinosa after she announced that she had given birth appeared first on Linda Ikeji Blog.