Facebook Comedian Majah Hype explains why he released his ex fiancee's sextape; alleges she cheated on him and beat him up (Photos/Videos) 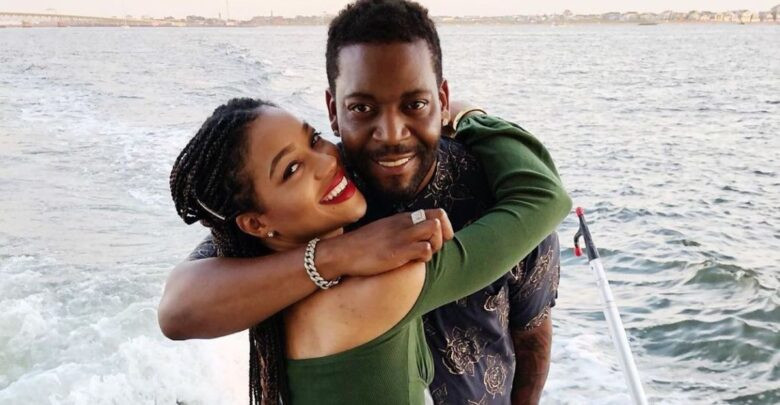 Latisha, the former fiancee of popular Facebook comedian, Majah Hype, has reacted after the comedian released a sex tape of hers and alleged she was cheating in response to her allegations that she has been suffering physical and emotional abused from the comedian for years. On Wednesday, December 2, during a #WomenWednesday chat with her fans, Latisha laid bare the shocking abuse allegations in an emotional speech. She then posted pictures showing the alleged abuse, saying Majah burst blood vessels inside her eye - nearly blinding her. 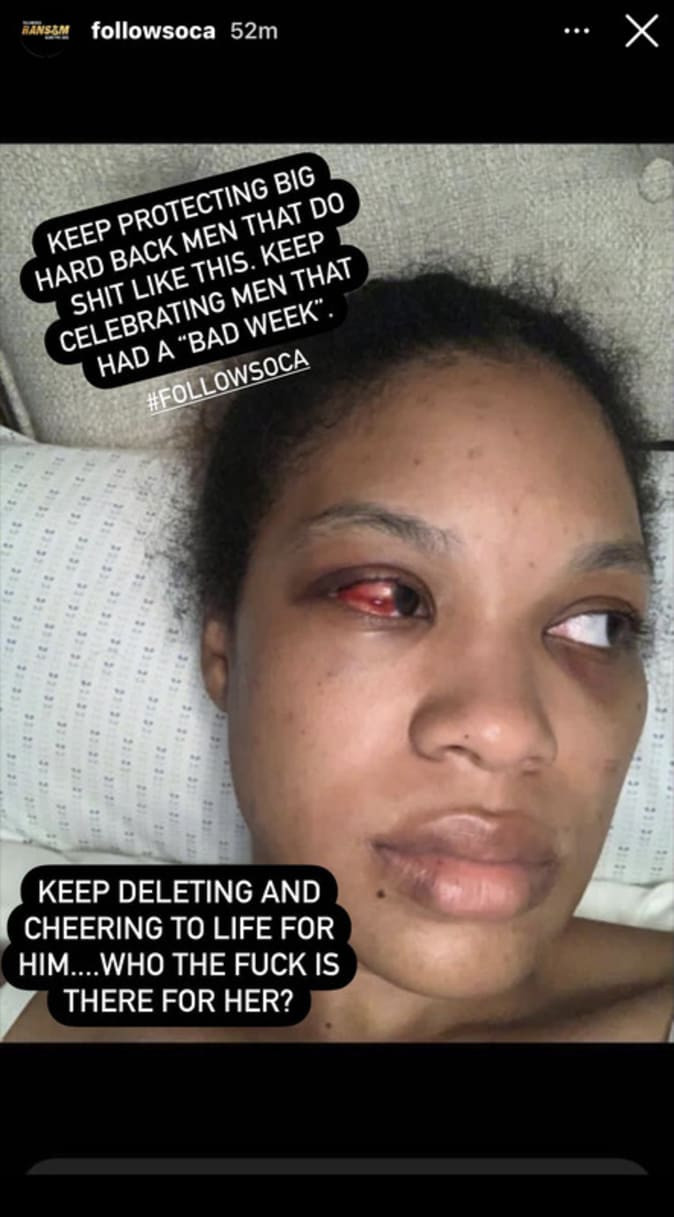 Latisha, from Brooklyn also took to Instagram to apologize to friends and family who she has isolated herself from because of the abuse. She says she would avoid visits and facetime calls from loved ones because the alleged beatings from Majah Hype left her unrecognizable. She said after he beat her she still had to act like everything was fine and even have sex with him just to please him.

“I wanna apologize to my mother, my son, my sister, to my niece, to my friends. I detached myself from the people that loved me the most for a long time. I owe you guys the biggest apology. What I’ve been going through, the average person doesn’t go through that in a whole lifetime. I’ve been keeping it a secret for a long time. Hiding abuse is a full-time job. You have to detach yourself from your loved ones, so they don’t know. I did that for a long time.” she wrote She continued, "Imagine having to hide your bruises, and you’re being battered from your family, imagine after being abused and assaulted, you have to console the person that hurt you because now they’re distraught. They want to harm themselves. So now You don’t have the chance to heal, you don’t have the chance to be upset…imagine after going through all those things, you still have to have sex, you’re still expected to be delightful like there’s nothing wrong with you when your face is unrecognizable…” “Imagine people know in your circle what’s going on with you and their first question is ‘well what did you do.’” She broke down as she said she didn’t deserve to be treated like that and the occasions of abuse were not few and far but very often.Latisha also fought back against claims that she cheated during the relationship.  Majah Hype then took to social media claiming that Latisha on him cheated with a popular soca artist. He also threatened to “lash” the soca artist if he saw him. The news of Majah Hype's alleged abuse comes barely a week after he suffered a mild heart attack and was hospitalized. 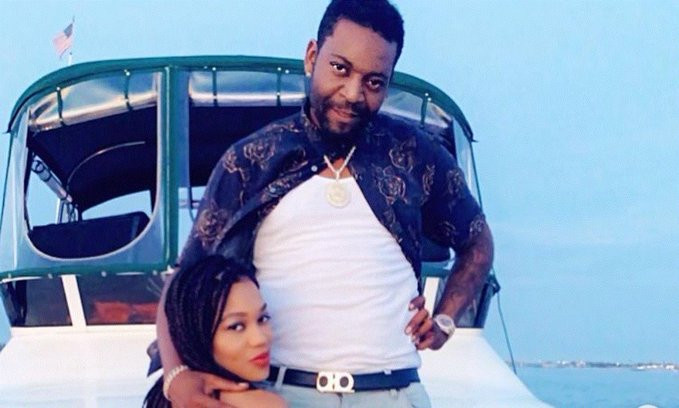 The comedian told fans that the cause of his heart attack was because he had been stressing over “certain things.” Upon seeing her post, Maja hype released a sextape of his wife and several d**k pictures, claiming they were from the men she was cheating with. He then claimed that she was physically assaulting him but he will not share pictures of the injuries she allegedly inflicted on him..His wife, upon seeing the sex tape, then took to social media and claimed the sex tape was made a decade ago and her husband was trying to punish her instead of accepting his wrongs and apologizing to her.She alleged he cloned her phone, faked his heart attack to get public sympathy and is trying to inflict more psychological damage on her.  “You are not going to shut me up and put me under a rock, you’re not going to shame me, you should be ashamed for faking a heart attack and looking for sympathy."In an Instagram live on Friday night, December 4, he then revealed he was molested as a child by a male family member so it hurts him to see someone he loves try to bring him down. He also apologized to women who were affected by his now deleted x-rated posts. Watch videos below. Majah Hype tearfully reveals that he witnessed his father chop his mother’s hand off with a machete and was sexually molested by a male family member as a child. pic.twitter.com/4Um81QrwuM— Two Bees TV (@twobeestv) December 4, 2020     View this post on Instagram           A post shared by Naggy Tv (@naggy_world)     View this post on Instagram           A post shared by KAF (@kirbyfbaby)     View this post on Instagram           A post shared by Im So Majah Da King! (@majahhype)The post Facebook Comedian Majah Hype explains why he released his ex fiancee's sextape; alleges she cheated on him and beat him up (Photos/Videos) appeared first on Linda Ikeji Blog.