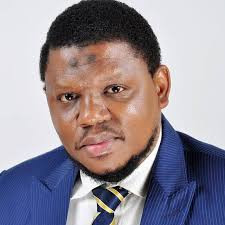 Politician, Adamu Garba, is of the opinion that the #EnSARS protest is a failed Biafra movement supported by gullible people. Nigerians used the #EndSARS protest which began in October to demand an end to police brutality as well as an end to the now-disbanded police unit, Special Anti-Robbery Squad SARS. Garba in a series of tweets posted this morning opined that the protest was hijacked by Biafrans and was supported by gullible people. His tweets read''When I spoke against the insecurity situation affecting the country & called out the President, some people tried to compare it with #endSARs, not true! #endSARs is now an official failed Biafra movement supported by gullible ones. We know it. The original #endSARs is gone.Take this from me. #endSARs is hijacked by the haters of Nigeria, with a principal mission to hate everything everyone except a movement to destroy Nigeria & create an unimaginably failed audio/internet country, by people who never knew where their village is Don’t fall for it!These guys, less than one percent of the Igbo population are doing everything to showcase the whole Igbo as supportive of their mission, so loud that you’ll seem to believe them. It’s a scam! The 99% real Igbo is good and Pan Nigerians. They’ve spoiled our #endSARs with hate.The real #endSARs team, me inclusive have a whole lot of work to do to filter #endSARs away from Biafra guys. Else, we have to accept & leave it as a high jacked movement by Biafra warlord, working against Nigeria & Nigerian citizen as a whole. It is important we get this clear!Note that from now onwards, until the recommended deep filtering is done to critically separate #endSARs from biafra. Whatever you do for #endSARs  you are knowingly or unknowingly advancing the movement of Biafra whose aim is to consume us all, not just the North. Mark this!'' 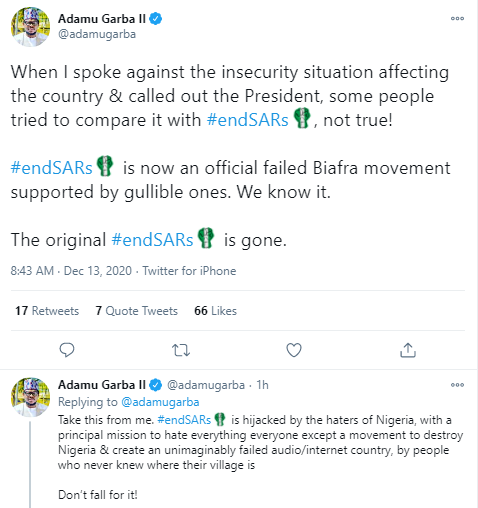