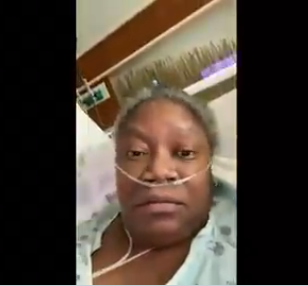 A medical doctor has died days after she released a video alleging she was being mistreated by medics because of her race. Dr Susan Moore died Tuesday, Dec 22, after calling for help in a heartbreaking video. In the video, she said she didn't trust the hospital and wanted to be transferred. She said they said they were going to send her home despite the fact that she was critically ill. She said her symptoms were ignored, downplayed and dismissed so she had to release a video begging her fellow doctors to help save her. She added: "This is how black people get killed when you send them home and they don't know how to fight for themselves." Following her death, friends and colleagues are mourning her while calling for an end to medical racism. Below are tweets and the video released by Dr Moore before her death. 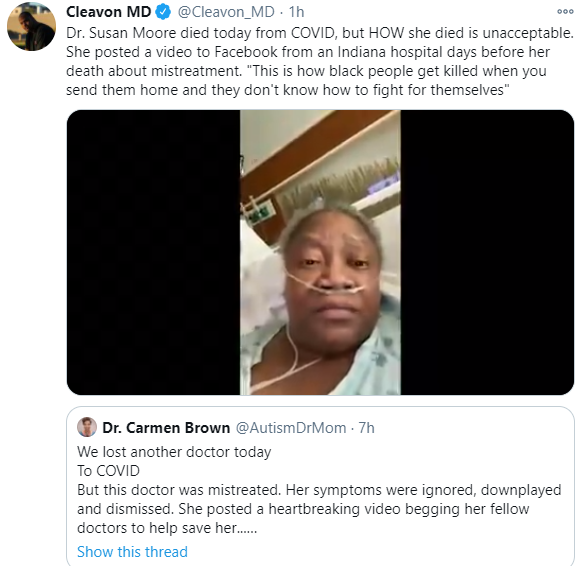 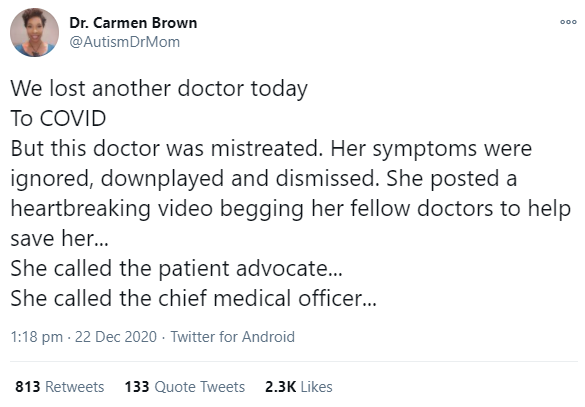 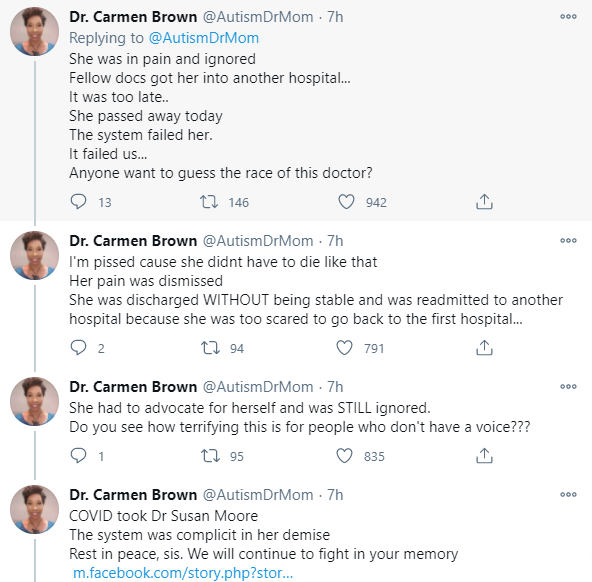 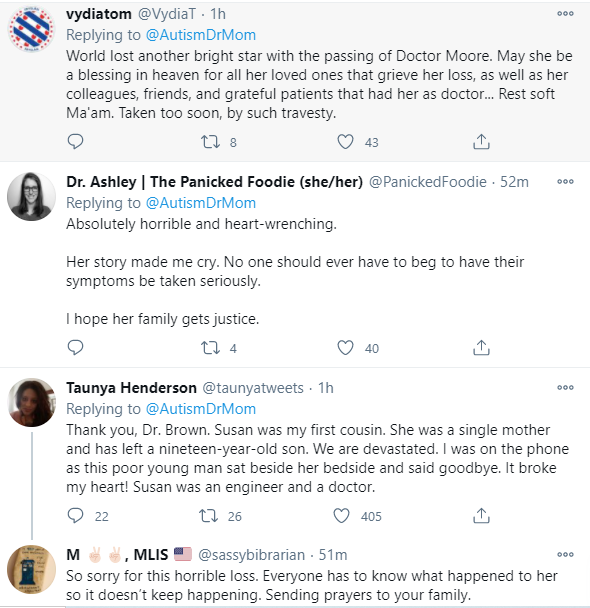 View this post on Instagram           A post shared by Lindaikejiblog (@lindaikejiblogofficial) Dr. Susan Moore died today from COVID, but HOW she died is unacceptable. She posted a video to Facebook from an Indiana hospital days before her death about mistreatment. "This is how black people get killed when you send them home and they don't know how to fight for themselves" https://t.co/iSF8rs7qmI pic.twitter.com/3a8qE6DhN3— Cleavon MD (@Cleavon_MD) December 22, 2020 The post Doctor dies of Covid-19 days after releasing video to claim she was being mistreated by medics because of the colour of her skin appeared first on Linda Ikeji Blog.