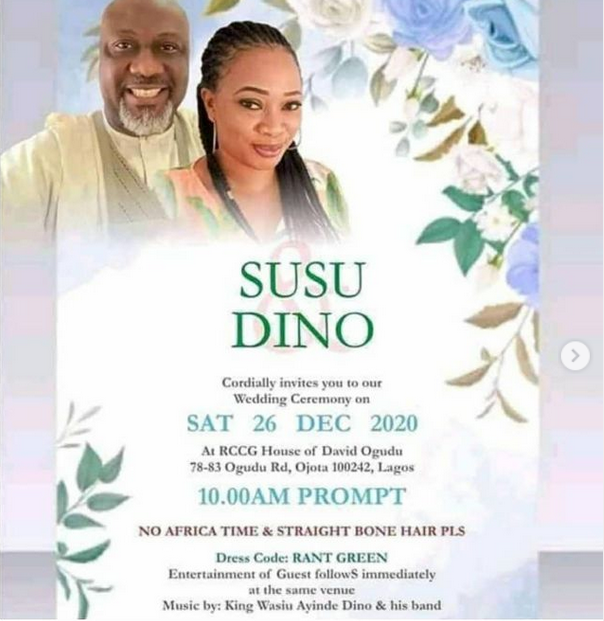 Dino Melaye has put out a disclaimer after a woman shared series of photos of both of them claming they will be gettng married on Boxing Day, December 26. Taking to his Instagram page, the Senator who represented Kogi West in the 8th National Assembly, denied knowing the woman stating that the pictures were photoshopped. Dino added that the ''419'' by the woman who calls herself ''Susu Dino ''had been taken too far.''419 taken too far. General Public i dont know this person talkless of marriage. Even for film it can't happen. SDM is not available ooo'' he wroteIn another post, Dino wrote;''See photoshop ooo. How i go marry when she never pay my dowry. 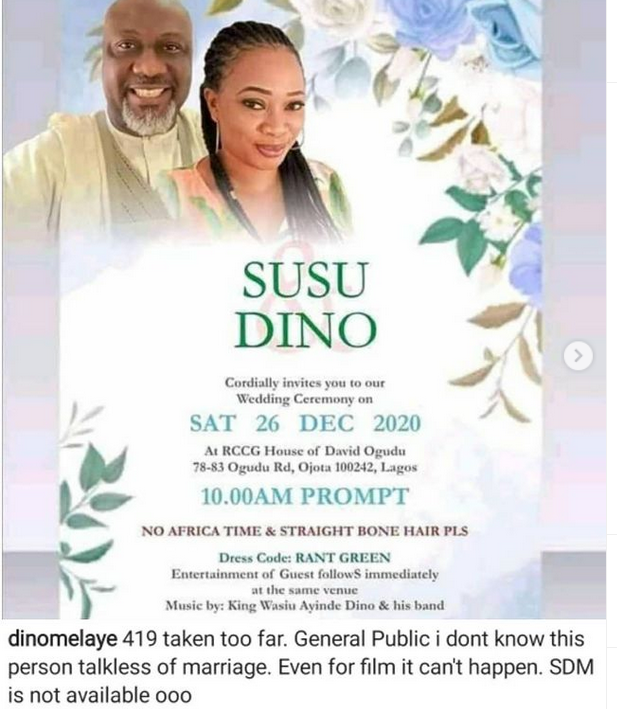 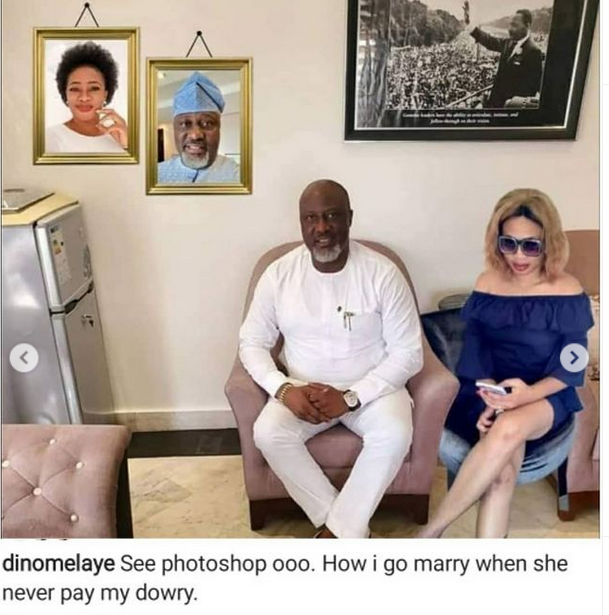 The post Dino Melaye denies woman 'Susu Dino' who shared a wedding poster of both of them claiming they will be getting married next week appeared first on Linda Ikeji Blog.