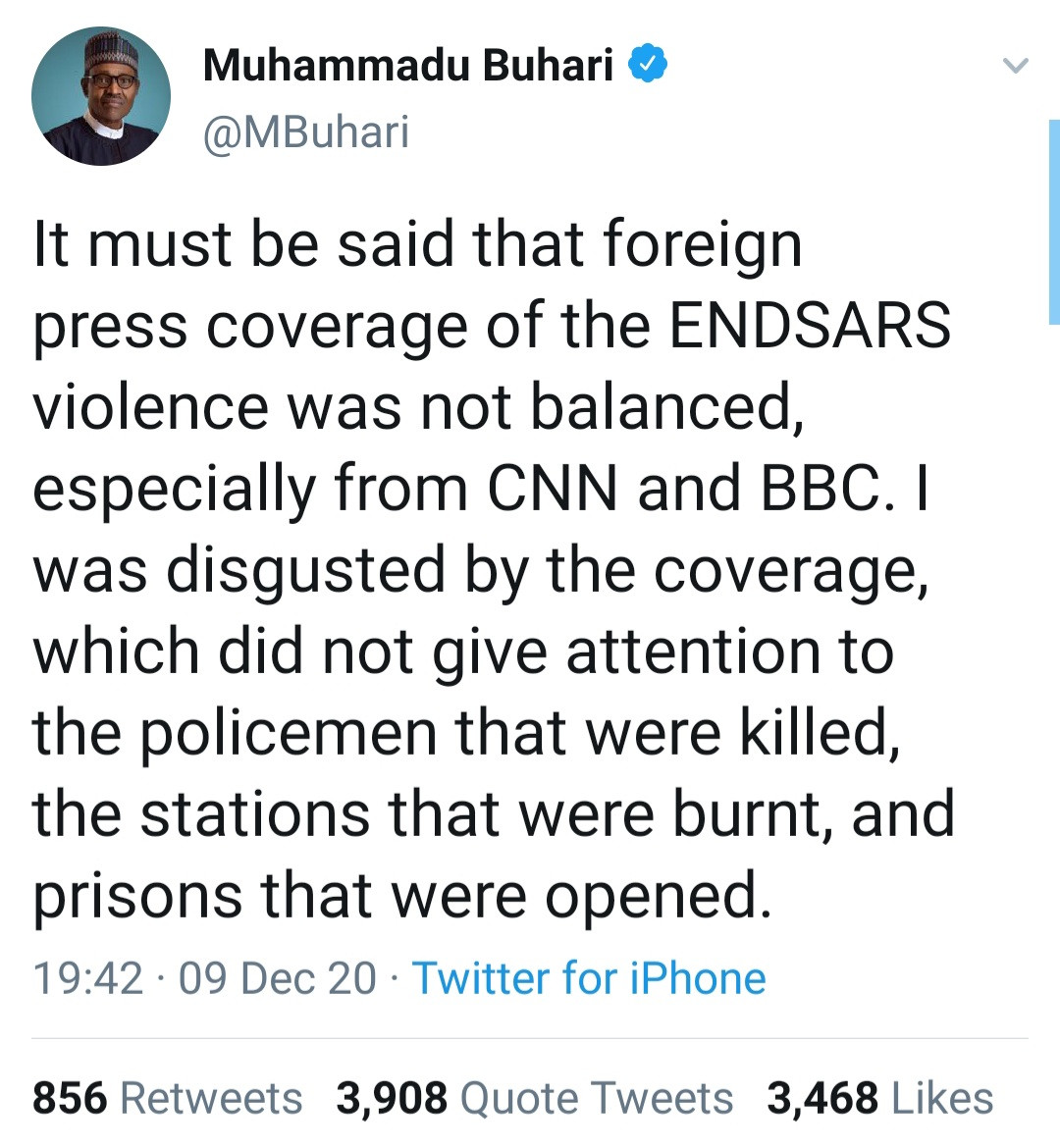 "CNN and BBC" is number one on the Twitter trend table in Nigeria as users have been reacting to Buhari's statement accusing the foreign press of unbalanced coverage of the End SARS  protest. 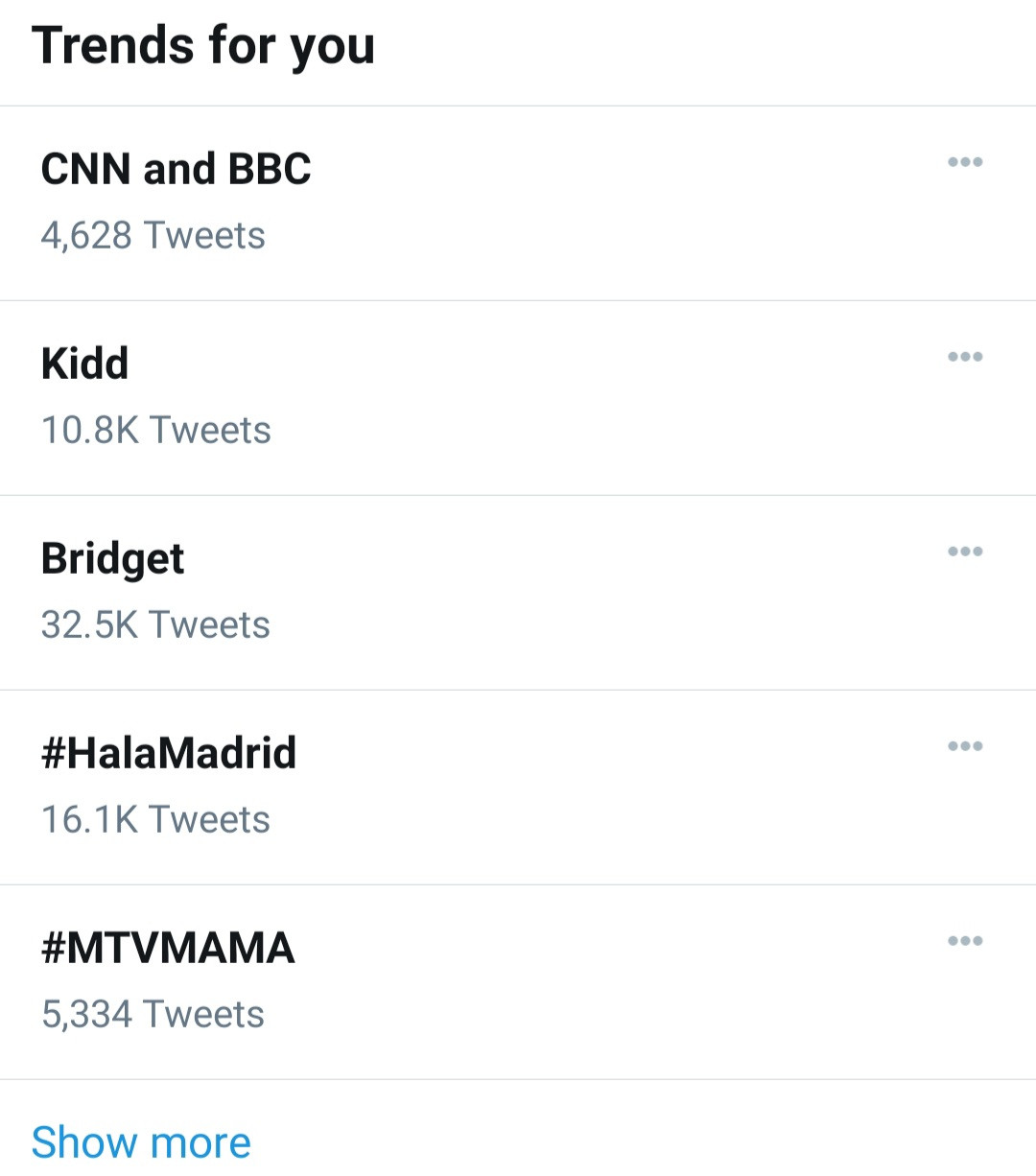 Reacting to reports released by BBC and CNN on the the End SARS protest,  President Buhari said: "It must be said that foreign press coverage of the ENDSARS violence was not balanced, especially from CNN and BBC. I was disgusted by the coverage, which did not give attention to the policemen that were killed, the stations that were burnt, and prisons that were opened." This prompted reactions from Nigerians. Most people stated that the president was not as disgusted about the killings of unarmed protesters as he is about the reportage.  @_SirWilliam_ tweeted: "CNN and BBC disgusts them because they know what they did. "They are disgusted because they could not hide this like they did in Zaria, Odi, Asaba, Oyigbo and many others. "Apply pressure." 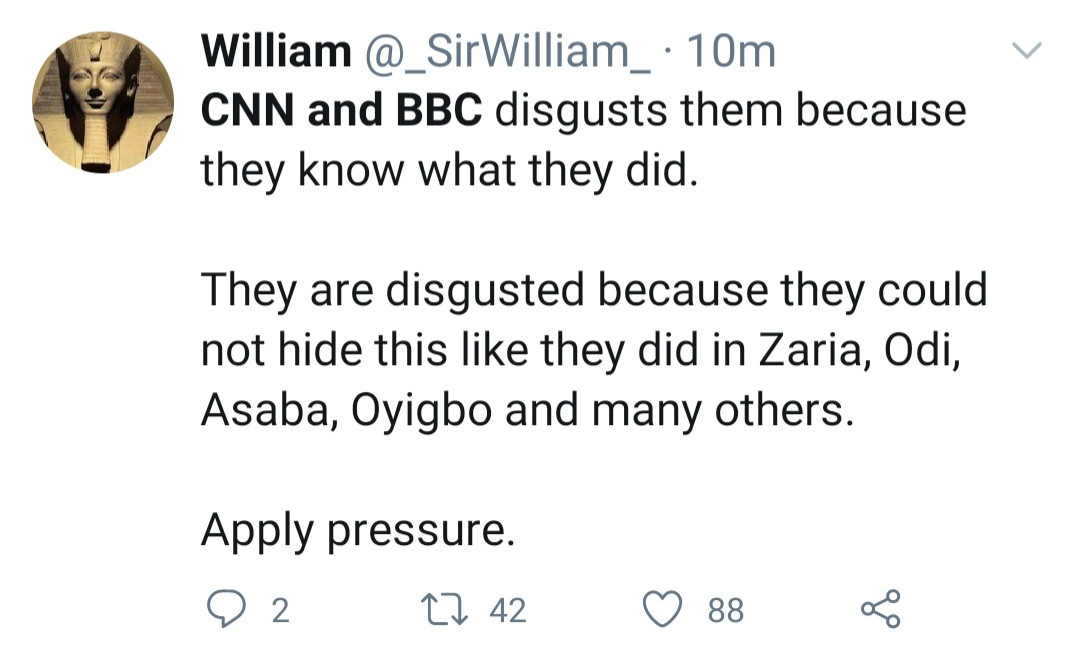 Reno Omokri wrote: "It is sad that Buhari announced his disgust of @CNN and @BBC’s coverage of #EndSARS. Sad, because this same man never expressed disgust or sadness for the many Nigerians killed by his soldiers at #LekkiMassacre. What a heartless fellow!" 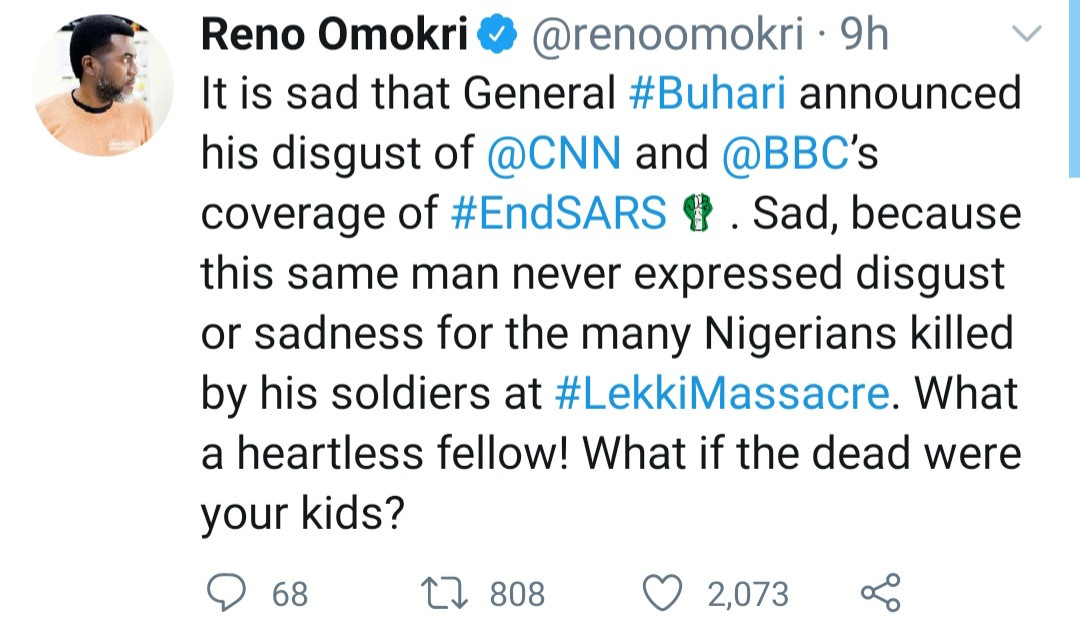 Below are more tweets. 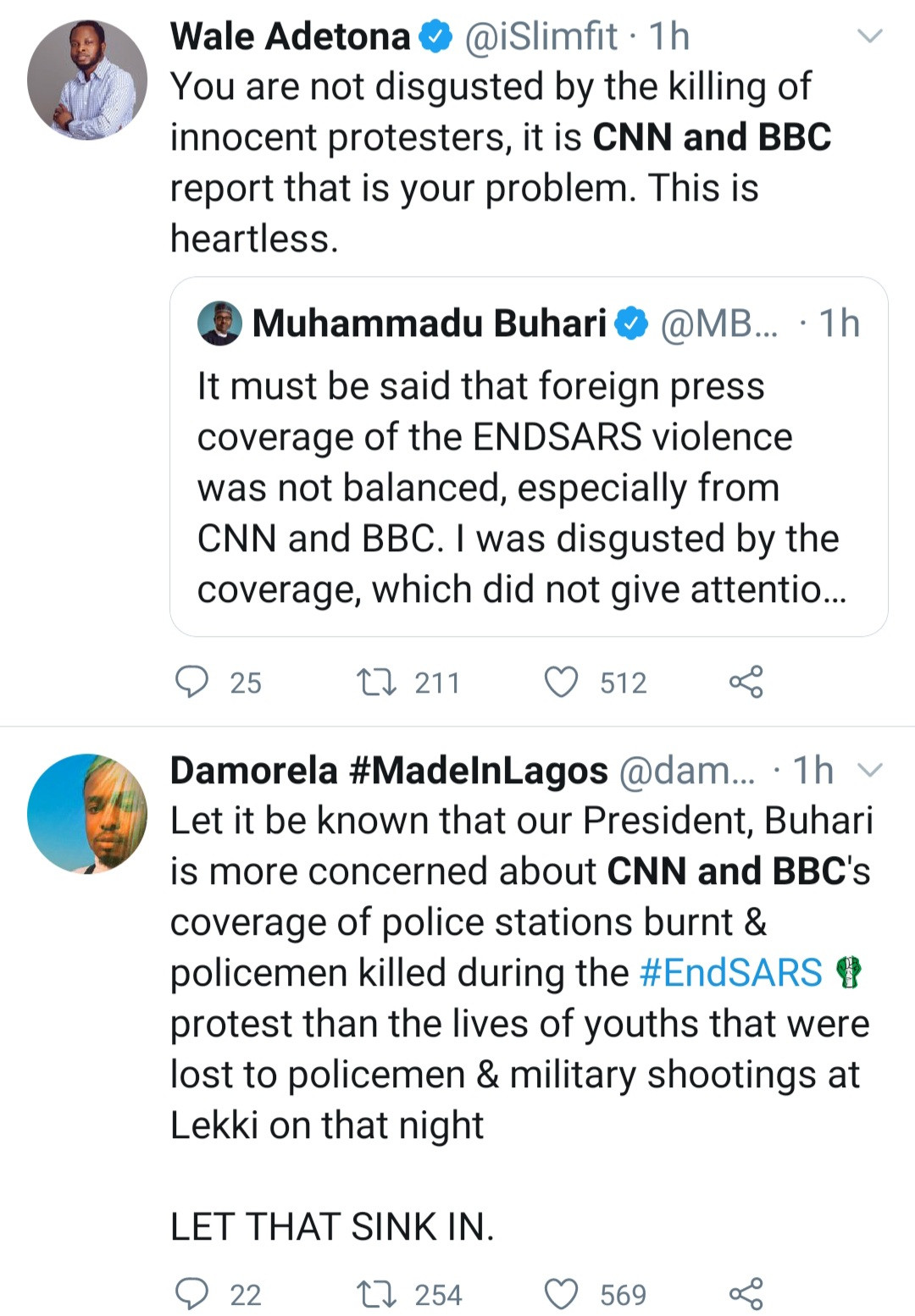 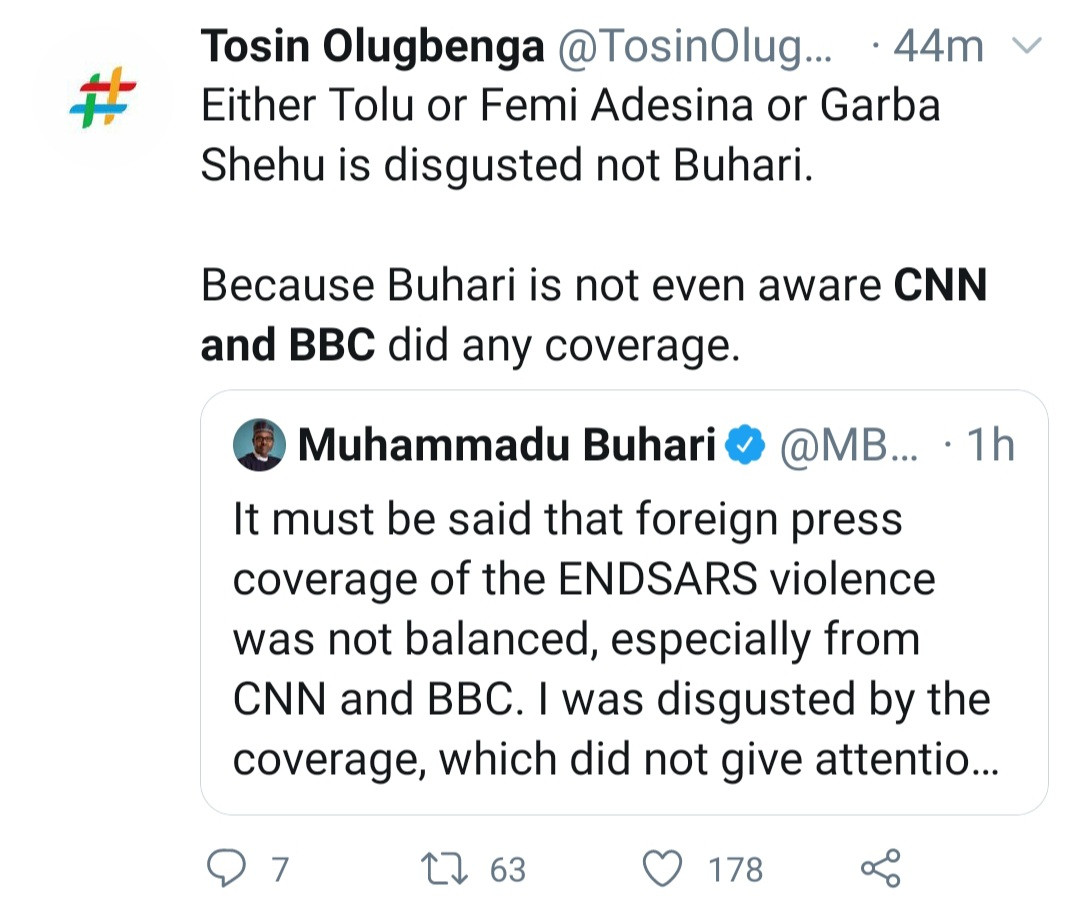 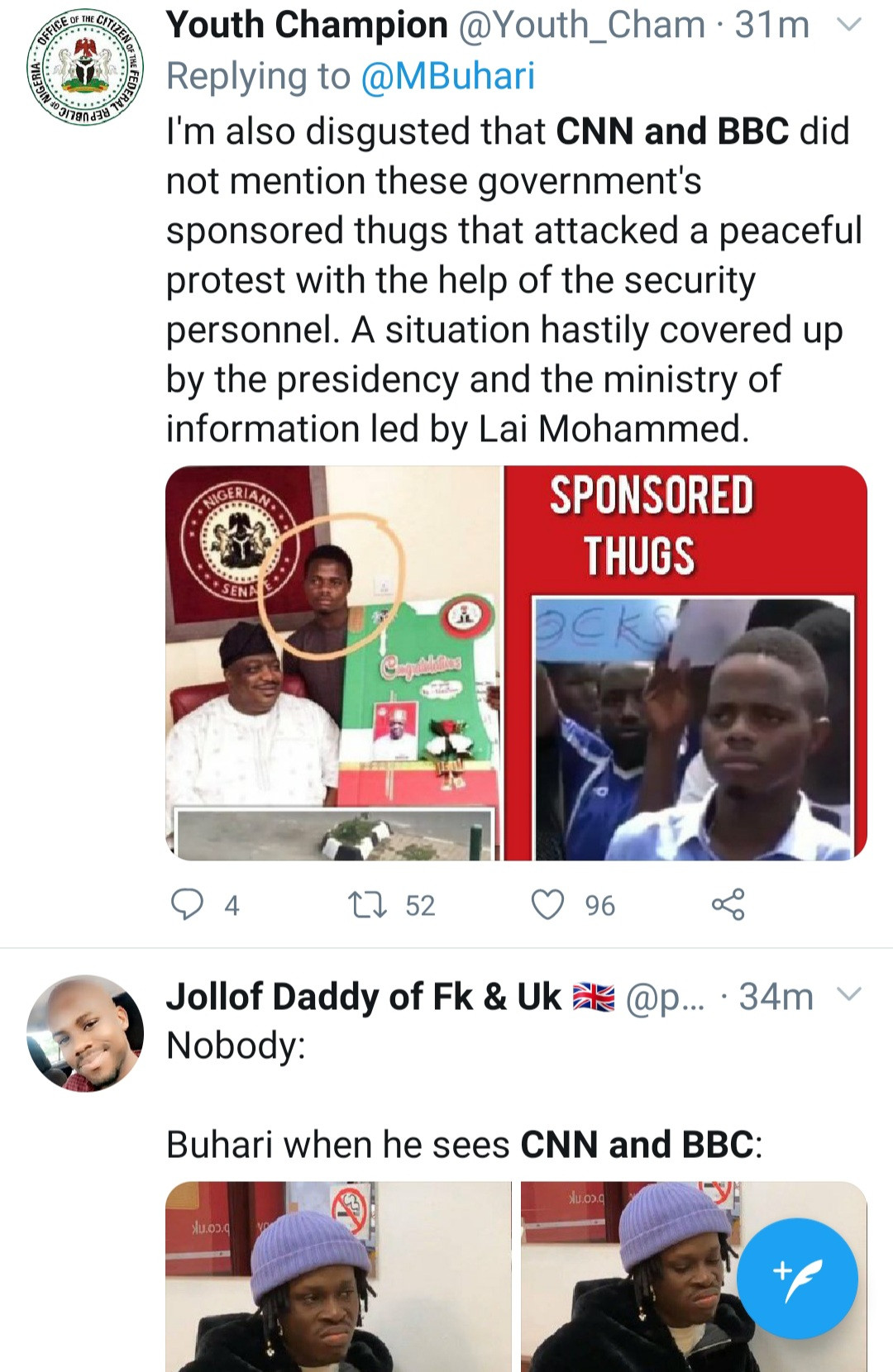 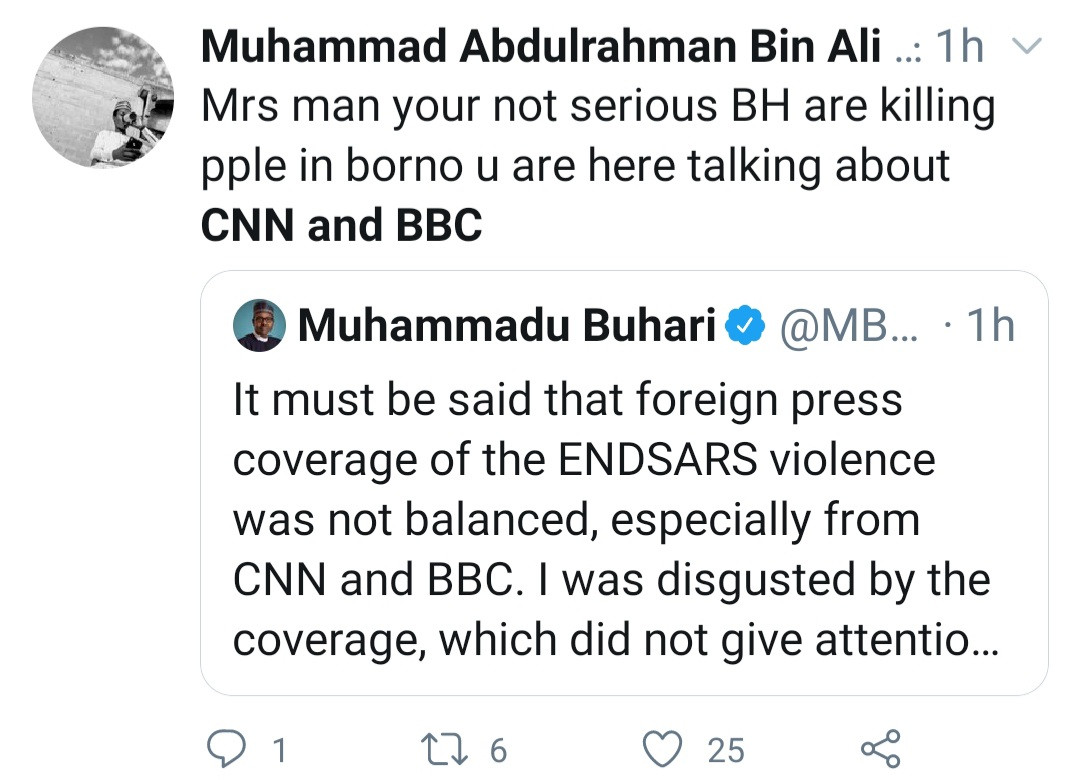 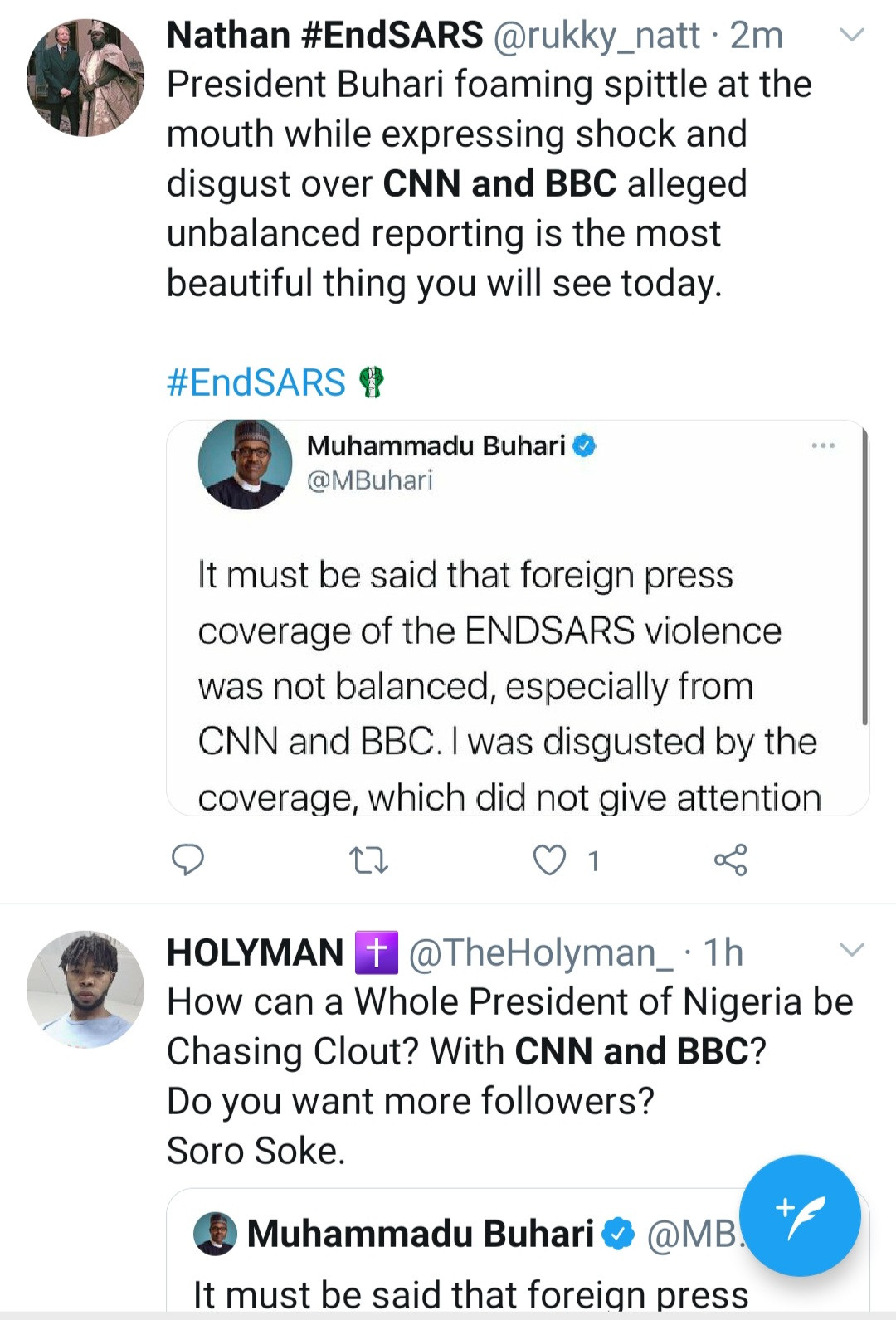 The post CNN and BBC trends as Nigerians react to Buhari's statement that the foreign press coverage of the End SARS protest was not balanced appeared first on Linda Ikeji Blog.