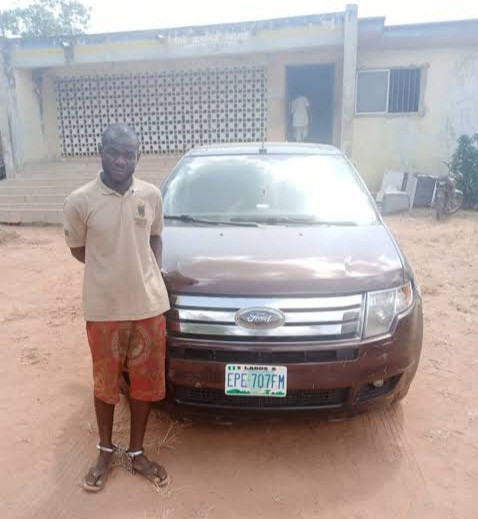 A car wash attendant, Idris Ayotunde, 48, has been arrested after he fled with an SUV belonging to one of his customers. According to reports, the suspect who was barely a month-old at the cash wash, was intercepted at Alakija Village, via Olodo, on the Abeokuta/Ibadan Express Road on Friday, December, 4, 2020. According to the Ogun State Police Public Relations Officer (PPRO), DSP Abimbola Oyeyemi, the suspect failed to provide the vehicle's particulars when he was asked for it. He was then taken to the police station where it was discovered that the car had been stolen. The suspect disclosed that the female owner brought it for vacuum cleaning and handed over the key to him. He added: "But, because we don't have vacuum engine in our car wash, I decided to take it to another car wash nearby, only to change my mind on the road and bolted with it."The post Car wash attendant nabbed for fleeing with customer's car appeared first on Linda Ikeji Blog.