By 2022, Nigerians will get to know whether it is restructuring we need or a Yoruba presidency â€“ Governor Makinde 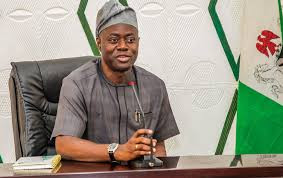 Governor Seyi Makinde of Oyo state has said that by 2022 Nigerians will be able to determine whether they need restructuring or a Yoruba presidency. Some Nigerians have been clamouring for power to be rotated to the Southern region of the country come 2023. While some have called for the Igbos to be given a chance, others have insisted that the Presidency should be given to the South-West. Speaking at the handover of 33 operational vehicles and 396 motorcycles to the Oyo State Security Agency, popularly known as Operation Amotekun in Ibadan on Tuesday, December 15, governor Makinde averred that what Nigeria truly needs right now is restructuring and not where the next president would come from. He concluded his argument by saying by 2022, Nigerians would be able to determine whether it is a Yoruba president they want or restructuring. In his words"I have heard some of our political leaders jostling around and saying they want to become the president of Nigeria in 2023.I think what we need at this stage is to secure our people and restructure Nigeria. It does not matter who is the president in Abuja. In a restructured Nigeria, every corner of the country will feel the impact of the government. That is what we need.May God protect those running around for the presidency till 2022. By that time, we will meet and, by then, we will get to know whether it is restructured Nigeria or Yoruba presidency that we need." The post By 2022, Nigerians will get to know whether it is restructuring we need or a Yoruba presidency Governor Makinde appeared first on Linda Ikeji Blog.