Abductors reportedly contact family of one of the kidnapped Katsina schoolboys, ask them to begin preparation of ransom 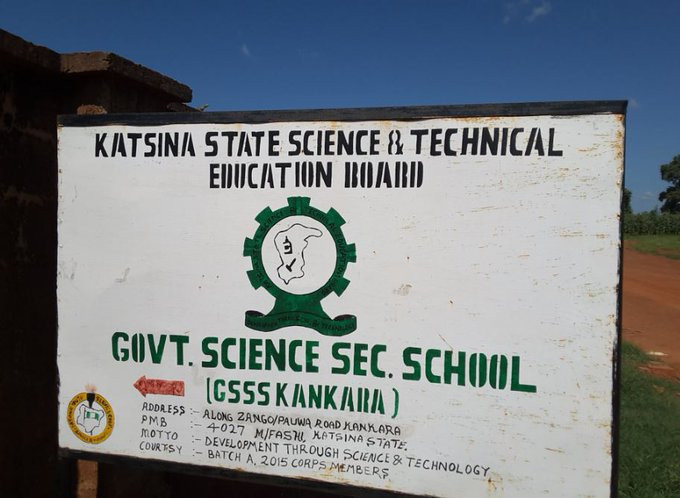 The suspected kidnappers of the 333 boys of the Government Science Secondary school in Kankara, Katsina state, have reportedly reached out to one of the parents of the abducted students and have asked them to prepare a ransom for their ward's release. Media personality, Kadaira Ahmed, quoted Abdu Labaran, the Senior Special Assistant to the state governor on Media and Publicity, as saying this when he appeared on Radionow 95.3fm on Monday night, December 14.''#AbdulLabaran DG Media for the #Katsina govt just told@RadioNow953FM  gunmen who abducted #KankaraStudents have phoned a parent &told him to begin gathering ransom money + asked him to tell the military to desist from air surveillance of their hiding place or else'' 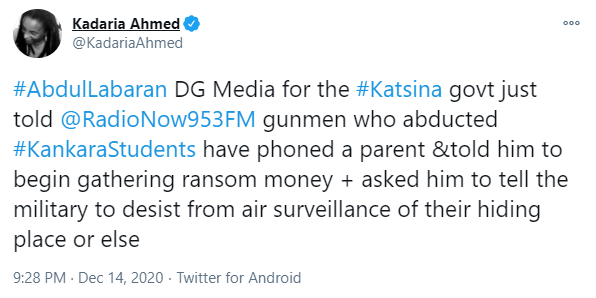 On Monday, December 14, the state governor, Aminu Masari, announced that the abductors of the boys have contacted his government. Read here.The post Abductors reportedly contact family of one of the kidnapped Katsina schoolboys, ask them to begin preparation of ransom appeared first on Linda Ikeji Blog.