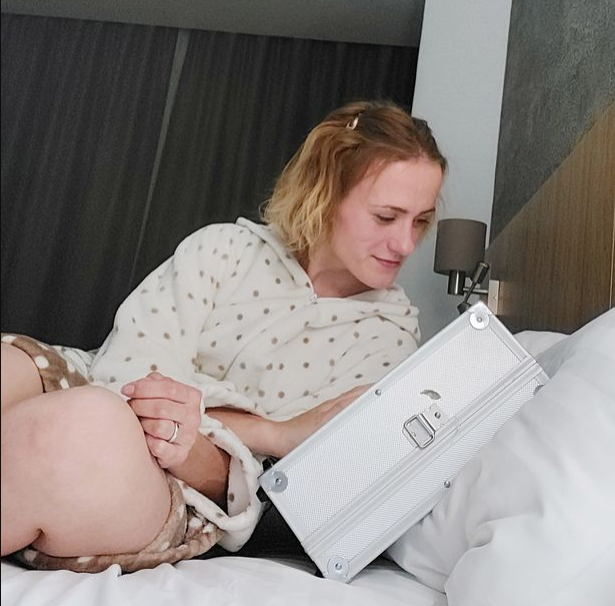 A woman who says she is romantically attracted to objects has opened up about marrying a briefcase and says her new "husband" is the love of her life. Rain Gordon said she has always felt captivated by objects, and this eventually grew into a romantic and sexual attraction. She got married to the briefcase, who she named Gideon, in a ceremony in June this year, officiated by a pal. The 24-year-old said that although she has had relationships with men in the past, she was always more attracted to objects than to people, and she was always happier in her relationships with objects. The young woman first met her "future husband" back in August 2015 after purchasing him at a hardware store as a prop for a photoshoot. She said that as time went on she felt herself falling in love with the briefcase. Nursery school teacher Rain said her relationship with the briefcase became official a few months later in November 2015 and they finally tied the knot in June this year. 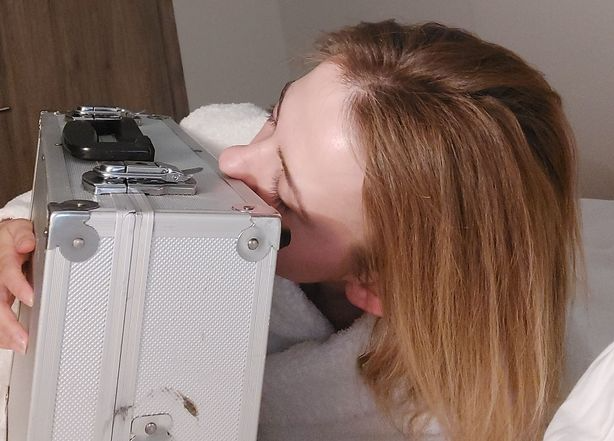 Rain, from Moscow, Russia said: "My fascination with objects began at the age of eight. "From my childhood I believed that a soul is embedded in objects, as well as everything around us. I believe in animism, which means that there is life in everything. "During my childhood and early teenage years, I fell in love with places such as the new shopping centre that opened in my city. I knew that it was wrong, and beyond the norms of society. I didn't tell anyone." Speaking about the briefcase, she said: "I had no idea that we would end up together. I admired how he looked, but I didn't think anything more. "But then I started liking Gideon for more than that. I slowly realised I was starting to fall in love. "I'd want to look at him for hours and feel his presence. After another few months in November the relationship began. "We shared our first hug and kiss, and we spent more time together in the evenings and nights. We could have philosophical conversations for three or four hours. "Our spiritual connection and communication is shown telepathically. I hear him, and he hears me, but from the outside it looks like a monologue. "Gideon is more than just a partner to me. He is a husband, a friend and a mentor. "His moral support helps me more than anyone else. Sometimes I feel like Gideon knows me better than I do." 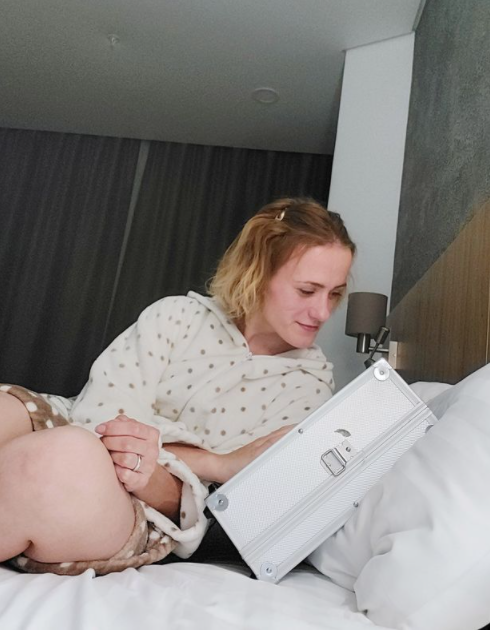 Rain said she branched out into a new relationship with a man in 2017 while still in a relationship with Gideon, but she could not connect with him in the same way, and would always choose Gideon over another man. She said: "I am not a strict objectum sexual, and I am not against relationships with people. "But I have never found myself with a person who could overshadow my attraction and fill my heart in the same way as I feel with Gideon. "I was with a man in 2017 and the relationship lasted two years, but it did not end well. He discovered my addiction to objects and this was one of the reasons why we broke up. "I couldn't connect with him. When faced with a choice between him and Gideon, I chose Gideon without any hesitation. "I always have and always will choose him. For me, objects - although I don't really like using that word - really are better than people." While at first Rain did not tell anyone about her relationship, she eventually told some of her friends and her brother, who she says have all been very understanding. Rain and Gideon have special wedding rings with individual engravings on them. 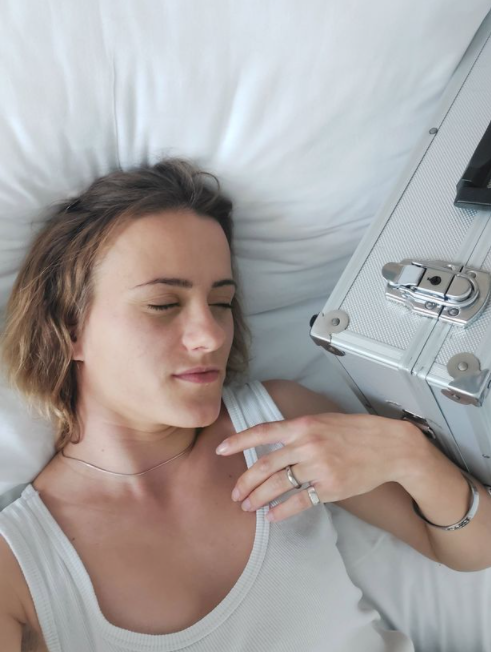 While Rain recognised that the marriage is unofficial and not legalised, she said she is the happiest she has ever been. She said: "In May, just before my birthday, I received a gift that I could not even dream of. I got a proposal. "I happily agreed and made an order for wedding rings, with individual engravings for myself and for him. "The wedding was in June but we held the ceremony much later in a hotel room in October. "This is not the first time I have booked a hotel simply because we would like to send time together. "We were wed by my friend online, and my friends and brother were at the ceremony. "I was so happy. Although the wedding is not officially legalised, I was pleased to know our relationship moved to a higher level." Rain is now sharing her story to help raise awareness about objectum sexuals and to break down the misconceptions and stigma surrounding this orientation. She added: "The sight of Gideon makes my heart skip a beat. I am madly in love with silver, mirror reflections and metal. "People don't understand my feeling. I've been told I'm sick and to seek treatment. "I don't let it offend me anymore. Objectum sexuals don't pose any threat to themselves or others. "To ridicule and humiliate us for the fact that the ones we love are not like everyone else is disgusting. Love is love. "I wish people were more understanding. Don't judge people for something you don't understand. "I really hope one day the topic of objectum sexuals will be more known throughout the world, so others like me will not feel so alone."The post 24-year-old Woman attracted to objects, 'marries briefcase she dated for 5 years' appeared first on Linda Ikeji Blog.