Ten persons have been arrested for attacking the men of Lagos State Environmental Sanitation Enforcement Agency (Taskforce) during an enforcement of the State’s traffic laws on Tuesday December 22. The suspects were picked up in the commotion that broke out in Ojodu and Obanikoro during the enforcement carried out by the Taskforce in several areas in Lagos. No fewer than 96 commercial motorcycles, popularly known as Okada, operating on highways and in other restricted routes in the metropolis, were impounded in the Tuesday operation. Also, four motorists driving against the traffic were arrested by the Anti-One Way team of the Taskforce. 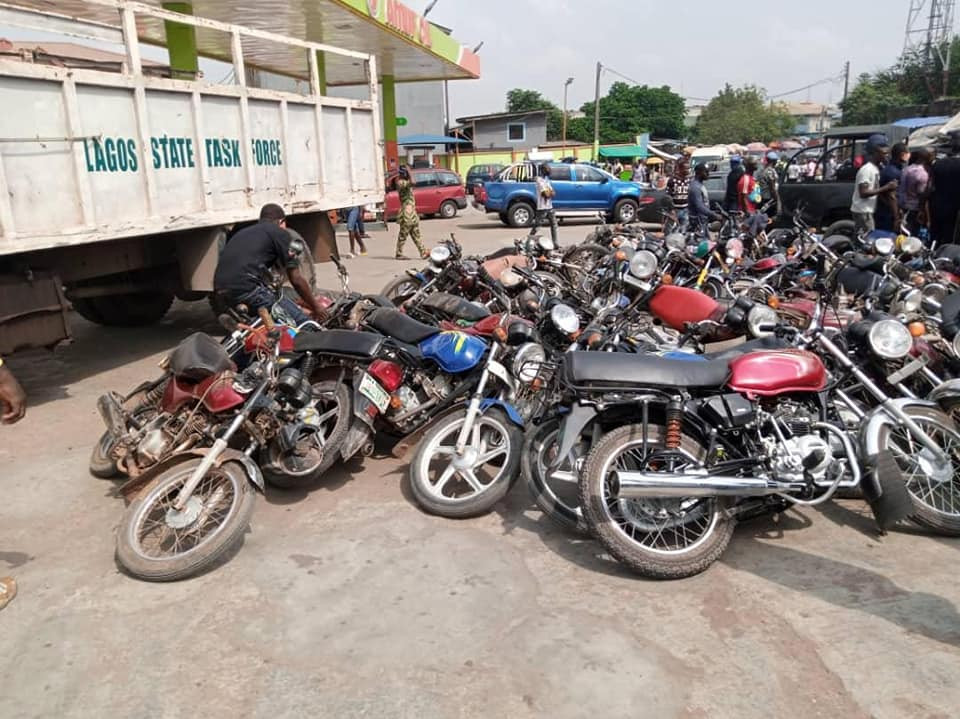 It was gathered that some hoodlums teamed up with Okada riders around Ojodu Grammar School to resist the move by the Taskforce to take away motorcycles seized during the enforcement. As the hoodlums, armed with iron rods and broken bottles, approached the Taskforce operatives, the policemen, led by the Taskforce chairman, Shola Jejeloye, a Superintendent of Police (SP), repelled the attack, and dispersed the mobsters. Passersby and residents scampered for safety, as the Taskforce operatives chased the hoodlums. Five suspects were arrested. There was tension in the area for several minutes, before normalcy returned. The Taskforce officers remained in the area for hours in a bid to ensure there was no reprisal on residents. Also at Obanikoro, Okada riders, on sighting the enforcement team, pelted the Taskforce officers with stones. The policemen arrested four persons who took part in the attack. One person was arrested in Ojota. Jejeloye said the Taskforce would not relent in its activities to restore sanity back on the roads. He warned commercial motorcycles illegally operating on restricted routes to stop defying the Government’s restriction order, advising them to limit their activities to roads they are permitted to operate. “We are not surprised about the attack on us by some hoodlums in Obanikoro and Ojodu for carrying out the mandate given to this team by the Lagos State Government. But, this will never deter us from extending the enforcement to other areas of the States where notorious road users and Okada riders have constituted nuisance," Jejeloye said.  "We are not after the commercial motorcycles operating in areas where their activities are permitted; we are after those breaking the restriction order and motorists who flout the State’s traffic laws. This is not the first time our men would be attacked, but we will not relent in carrying out the enforcement. Ten of those who attacked us were arrested and they will be duly charged.” The Taskforce chairman maintained that the agency team would work round the clock during Yuletide to carry out the enforcement, warning offenders to desist from flouting the State’s traffic laws. 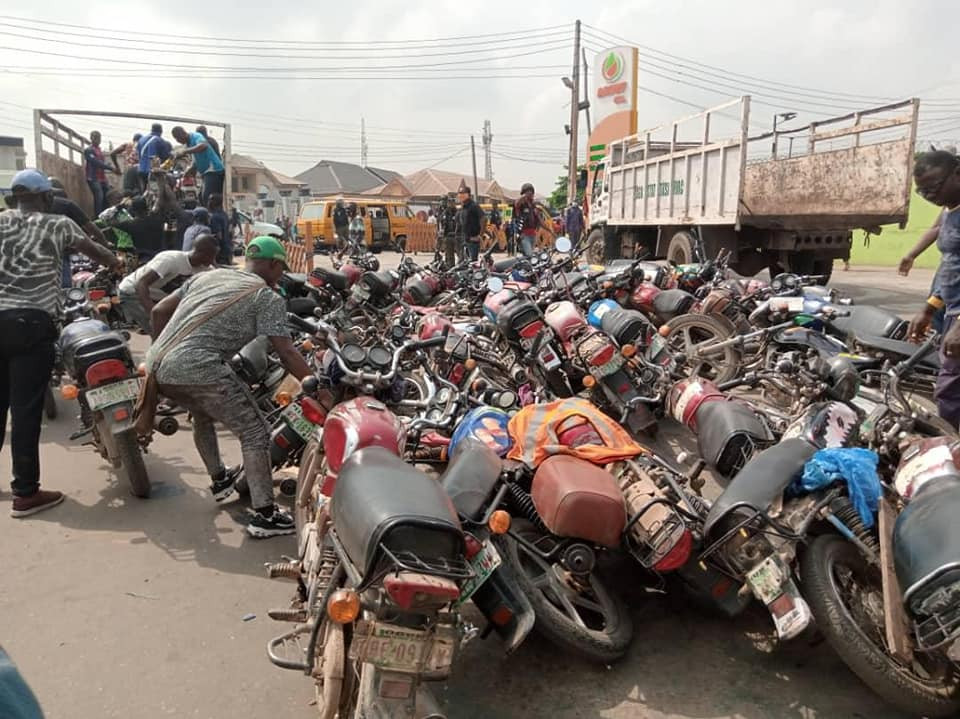 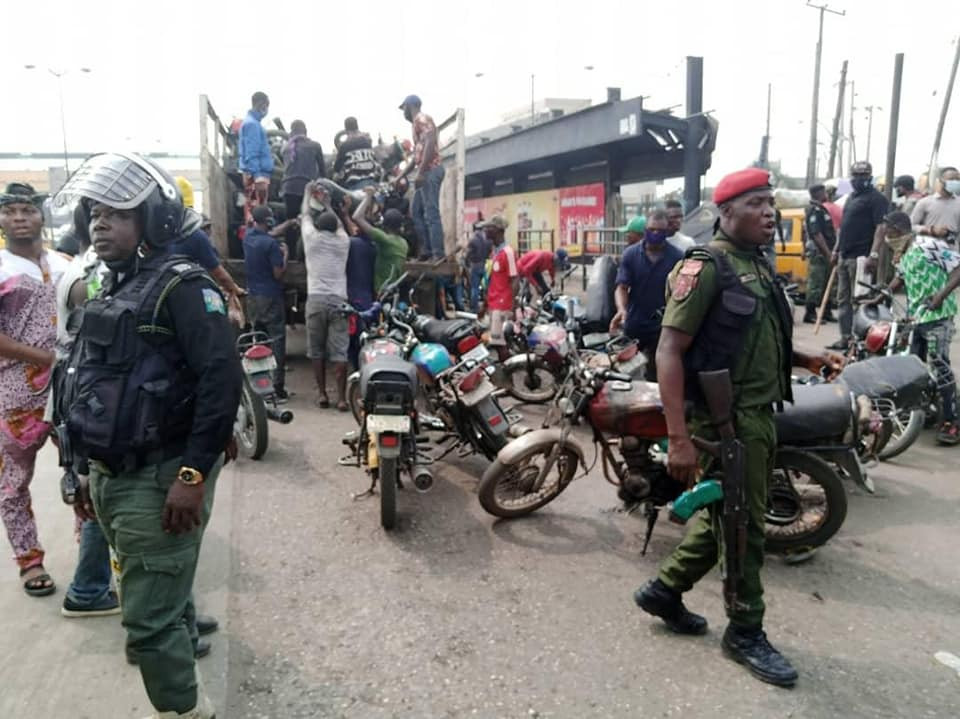 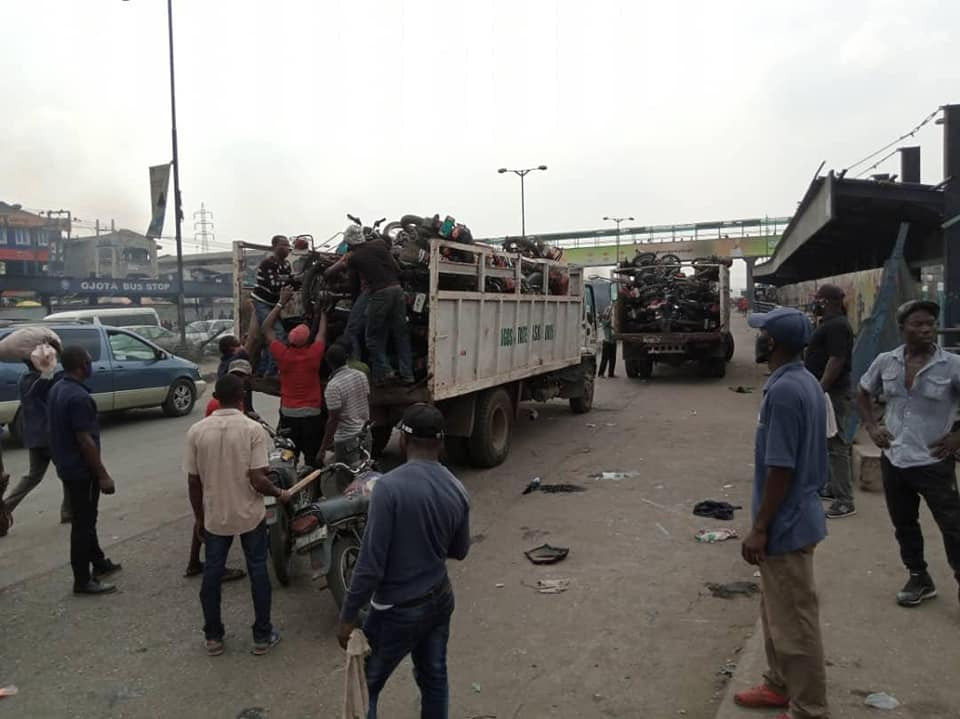