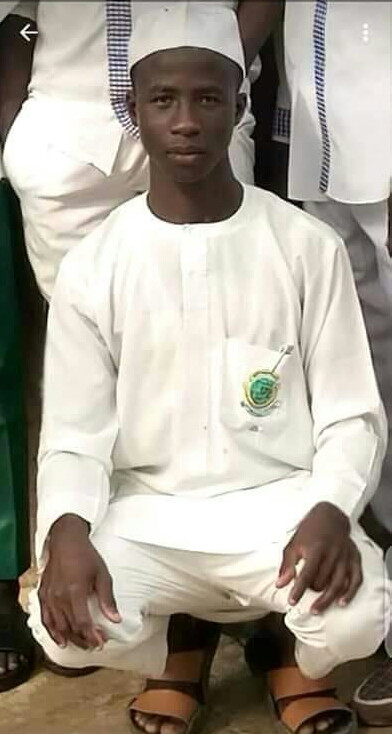 One of the 43 Zabarmari rice farmers slaughtered by Boko Haram terrorists at Koshebe village in Mafa Local Govt Area of Borno, has been identified as Babangida. Chiroma Usman, who earlier shared photos from the scene of the massacre, described the young man as a promising student.  "Justice for Babangida a very promising student who was brutally murdered among other 42 innocent souls at the Zabarmari atttack" he wrote. 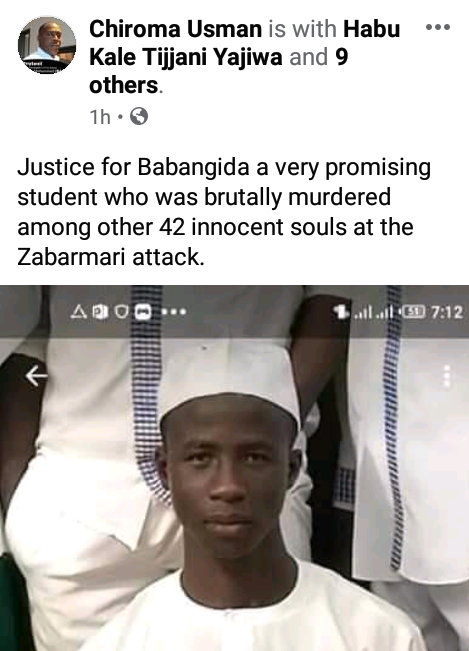