"You are our son. We love you" - Obong of Calabar makes a U-turn, declares full support for Governor Ayade after asking him to step aside 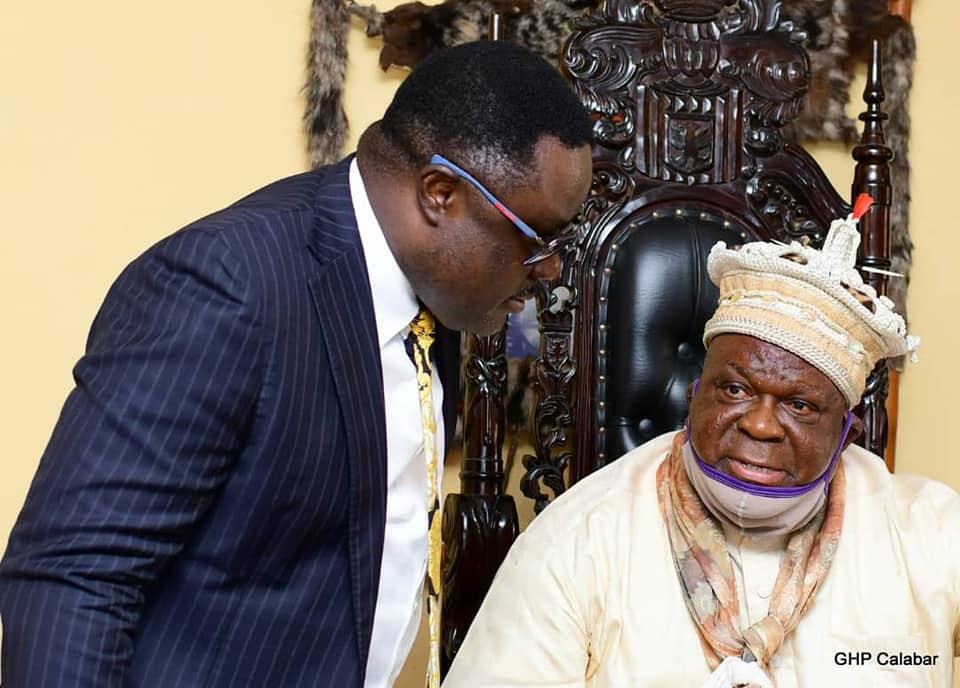 The Obong of Calabar, Edidem Ekpo Okon Abasi Otu V has declared his full support for Cross River State Governor, Ben Ayade and his administration. The first class monarch made the declaration on Tuesday, November 10, when the governor paid him a courtesy call at his private residence in Adiabo, Odukpani Local Government Area. 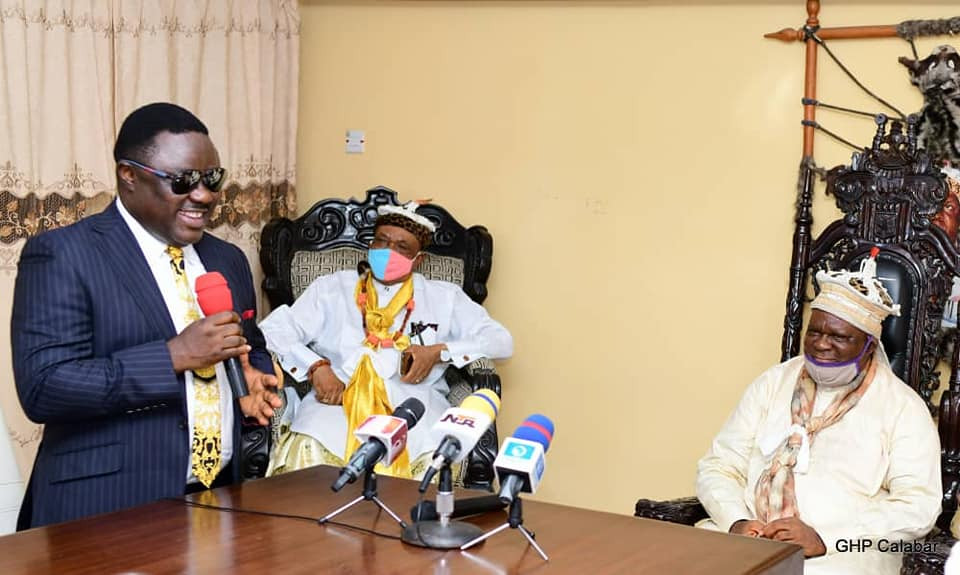 This is coming almost two weeks after the royal father asked the governor to step aside over the vandalism, looting and destruction of public and private property in the state last month. Read  here During the visit on Tuesday, the Obong described the governor as "my brother, my friend, the great Governor of this state," while recalling the role he played during Ayade's re- election bid in 2019. “I was at the forefront of your re-election, and spoke strongly that no one can remove Ayade, he has to complete his tenure," he said.  "You are our own son, you are with us and we will all work with you to make sure that this state, no matter what happens, is rebuilt. I want you know that we all love you, we all want you, no matter how people were trying to bring problem in between us." Speaking earlier, governor Ayade thanked the Obong for his numerous fatherly advice and support for his administration, saying he would continue to hold the monarch in very high esteem. 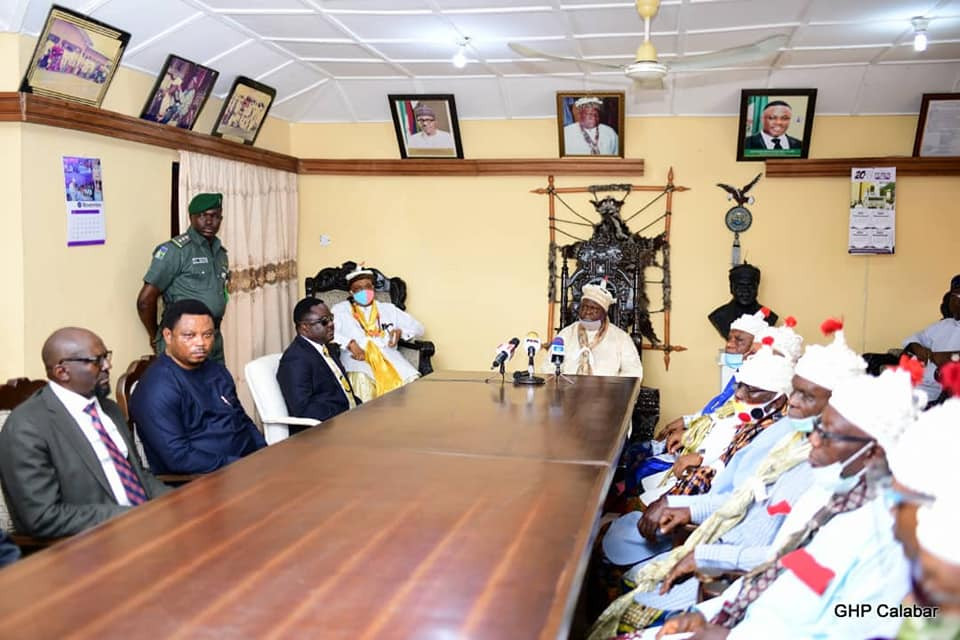 Going down the memory lane, the governor recalled how the Obong stood by him in his bid for second term and how he has continued to stand by after securing the second term, including accompanying him to his hometown for Thanksgiving."I want to put it on record that the Obong of Calabar was personally in my hometown for my thanksgiving ceremony in 2015 after my election as governor.," said Ayade. "The Obong of Calabar was at the forefront of my re-election and was with us at the Calabar International Conference Center, making a strong declaration that Ayade must have a second term. The Obong of Calabar stool is one of the most eminent stools in this country and you can never undermine that position", the governor added.  The post "You are our son. We love you" - Obong of Calabar makes a U-turn, declares full support for Governor Ayade after asking him to step aside appeared first on Linda Ikeji Blog.