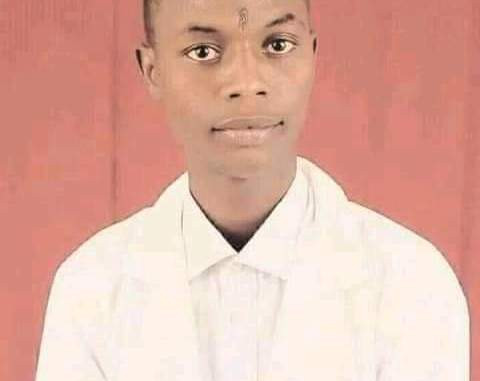 A Yobe State indigene who represented Nigeria at the World Chemistry competition beat candidates from many countries to secure the second position. Umar Usman Dagon, from Gashua town of Yobe state,  took part in the "Imaginechemistry" competition and made it to the top five that appeared in the final round. He eventually made it to the second position, winning the sum of 400,000 dollars. 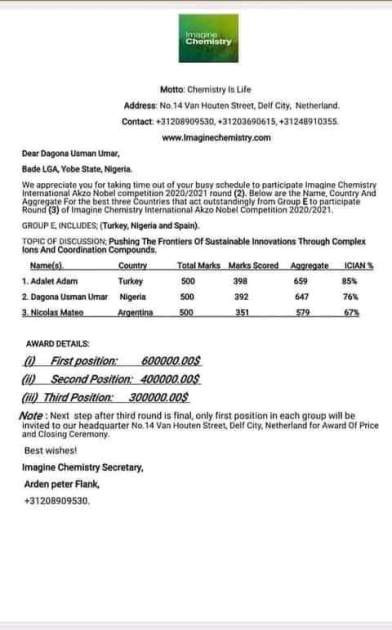 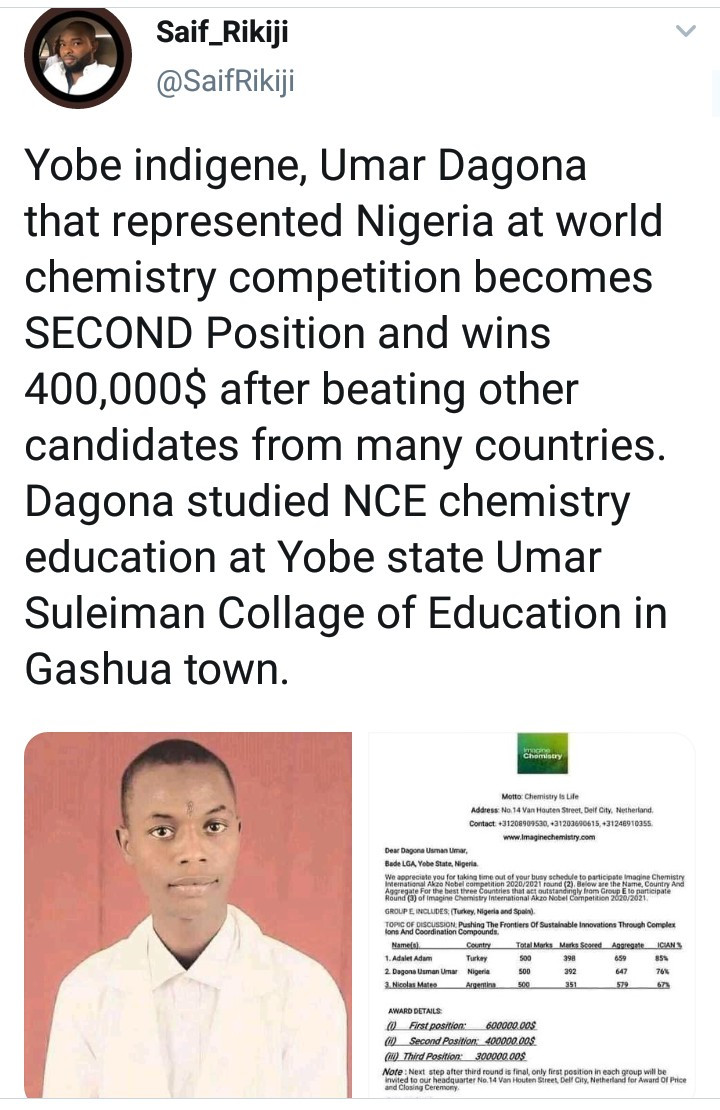