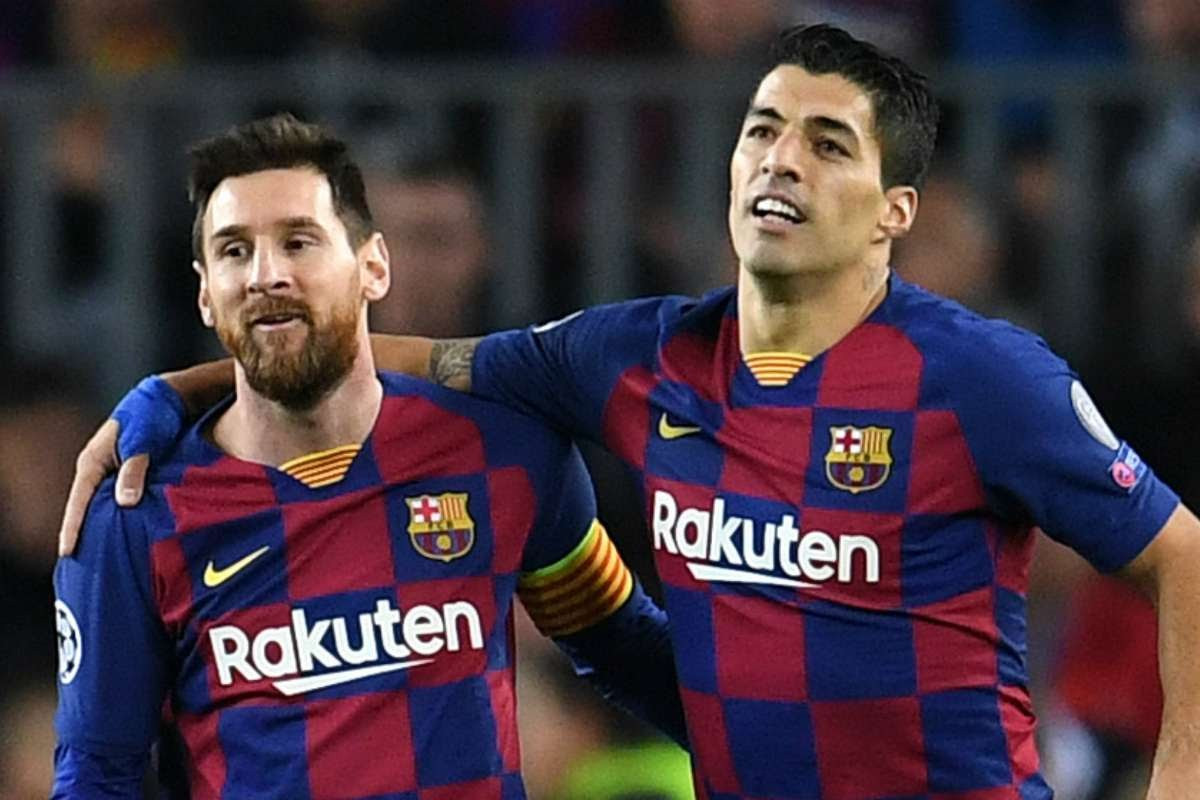 Football star, Luis Suarez has revealed he's still in close contact with former Barcelona team-mate Lionel Messi.The two strikers struck up a close relationship on and off the pitch at Camp Nou before Suarez was sold to Atletico Madrid in the summer. Messi came out to criticize the club for letting Suarez go, admitting  is close relationship with the Uruguayan captain but now that both players play for rival La Liga clubs, Suarez says him and Messi still talk but more about life than football."The truth is that we speak a lot, but honestly we talk about our life," Suarez told Marca when asked about Messi."It was recently the birthday of one of my children, also his. We talked about life, the virus, everything, but very little about football, about the goals we miss or about tactical systems. We worry more about how the family is than about what happens in football." Pressed once again on his Barcelona exit, Suarez added: "I was sad and hurt by the way I left - I already said it. But when they close a door, five more open to you where they value my work, professionalism and trajectory. I feel proud. "Where they did not want me, there was another that wanted me. I found happiness and I'm enjoying this moment now."  The 33-year-old Suarez has scored five La Liga goals for Atletico from just six appearances this season while Ronald Koeman's Barcelona side have struggled for goals but Suarez was quick to dismiss suggestions that his ex-club miss him . "No, there was a tactical planning or, whatever you want to call it, that sought to make changes. I had to accept it because they didn't need me," Suarez said."Each person can draw conclusions. I have to live my present at Atleti."  Suarez will face Barcelona for the first time since his exit on November 21 when Atletico Madrid host Barcelona. The post "We still talk a lot" - Luis Suarez opens up on relationship with Lionel Messi after leaving Barcelona appeared first on Linda Ikeji Blog.