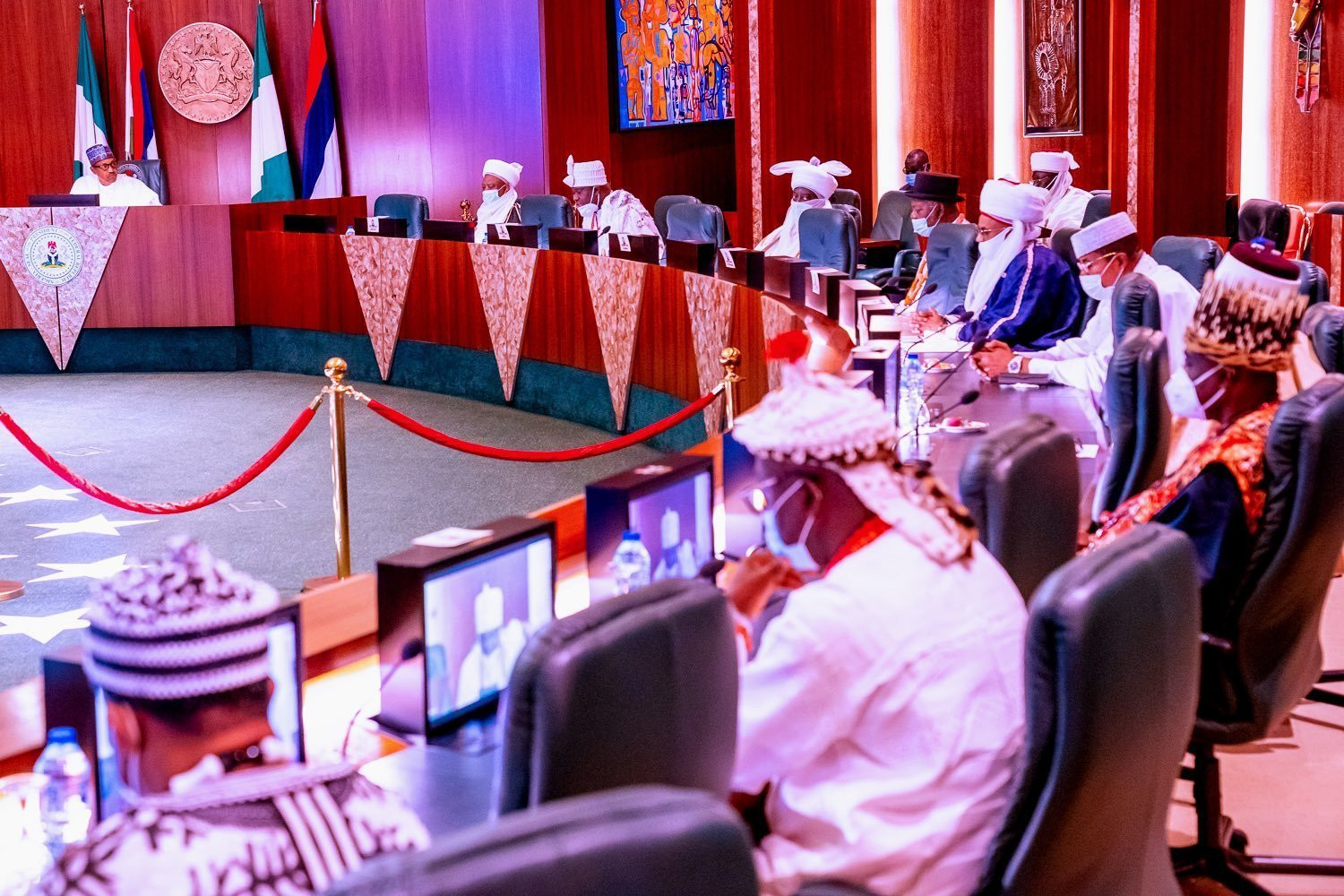 President Buhari has solicited the help of traditional rulers in his administration’s determination to address the demands of the youths in the country The Nigerian leader said this while receiving a delegation of the National Council of Traditional Rulers, led by the Sultan of Sokoto, His Eminence, Muhammadu Sa’ad Abubakar III, at the State House in Abuja on Thursday November 5.  Buhari who noted that the demands of the #EndSARS protesters were being addressed, thanked the traditional rulers for their calming influence at the peak of the #EndSARS protests.  He said;  “I want to once again thank you for the role you all have played to calm down our youths with wisdom and authority.“By instilling hope and keeping the peace, you have rendered the country great service.“We cannot allow anybody or group to threaten the peace or sabotage these efforts. “We have heard the loud cries of our youth and children, and we are attending to their concerns.“Strong, transparent efforts are underway to address those rogue elements of the Nigerian Police Force.“Simultaneously, the Nigerian Police Force will also undergo the much-needed reform that covers welfare, working conditions and code of conduct that will usher in a more professional workforce.” Outlining the challenges that come with “our growing youth population”, Buhari added;  "There is no hiding place regarding how we should address insecurity concerns, youth unemployment, job creation, boosting industrialisation and preparing for a transition into a digital economy. “Your proximity to the people places you in a unique position to communicate and ensure that our response is targeted and impactful in view of your role as guardians of our traditional values and culture."Don't compromise your neutrality because this is what significantly confers on you, your moral authority and legitimacy.” On the COVID-19 pandemic, the President said;  “We have designed various schemes and taken many measures to soften the impact, despite our own revenue struggles as government. “More needs to be done to cater to our fellow citizens, not just those in the urban areas but also those in rural areas."    The post We cannot allow anybody or group threaten the peace of the nation - President Buhari tells traditional rulers appeared first on Linda Ikeji Blog.