US Presidential election: One arrested over a planned attack on Pennsylvania Convention Centre in Philadelphia where votes are counted (video) 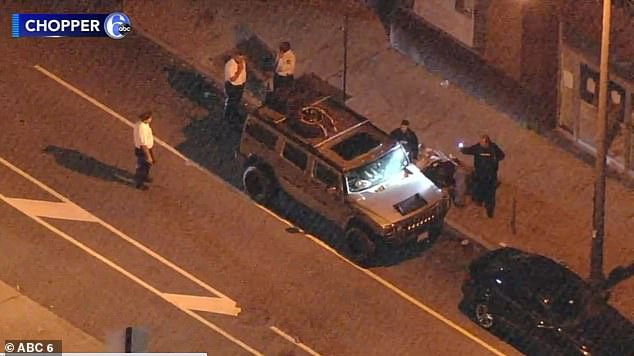 The police in Pennsylvania have arrested a yet-to-be identified man over a planned attack on Pennsylvania Convention Centre in Philadelphia where votes from the US Presidential election is currently being counted.  Though the motive of the attack is yet to be deciphered, it was gathered that the hummer car the “suspects” arrived in has been impounded.  WPVI reported that the police made the arrest after receiving a tip that either an individual or a group was travelling to the city from Virginia in a Hummer with the intention of attacking the convention hall. A weapon has also been recovered from the man who was taken into custody.       View this post on Instagram           A post shared by Lindaikejiblog (@lindaikejiblogofficial) on Nov 5, 2020 at 10:38pm PST Eyes of citizens of the North American nation are on Pennsylvania as workers continue to tally hundreds of thousands of mail-in ballots that could decide who sits in the Oval Office for the next four years. Trump’s lead over Joe Biden in Pennsylvania dwindled Thursday as he casted claims of voter fraud in Pennsylvania and other key states. The post US Presidential election: One arrested over a planned attack on Pennsylvania Convention Centre in Philadelphia where votes are counted (video) appeared first on Linda Ikeji Blog.