US election was full of rigging. We need to 'rent' them our able INEC chairman â€” ex-presidential aspirant Adamu Garba 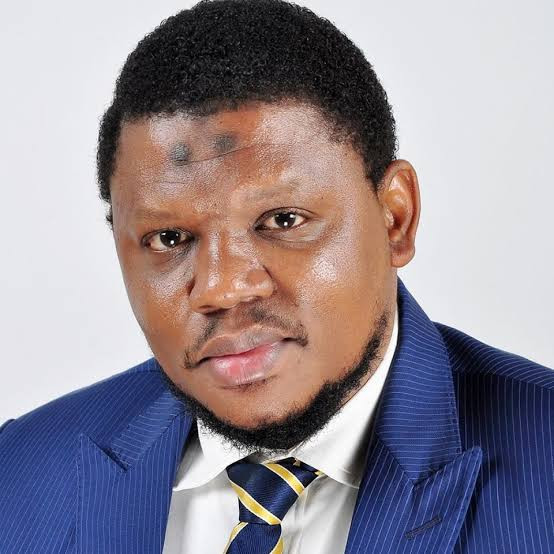 Weeks after taking Twitter CEO, Jack Dorsey, to court, ex-presidential aspirant, Adamu Garba, has said that the ongoing US election is filled with rigging, and has suggested that the US  ''rents'' the chairman of INEC, Yakubu Mahmud, so he can help the country conduct a ''free and fair election.'' Adamu stated this on his Twitter handle this morning as the world awaits the result of the keenly contested election between Joe Biden and Donald Trump''United States of America, #Election2020 rigging machines all over. The most adulterated election in US history. We might need to rent them our able INEC Chairman Prof. Yakubu Mohammed.'' 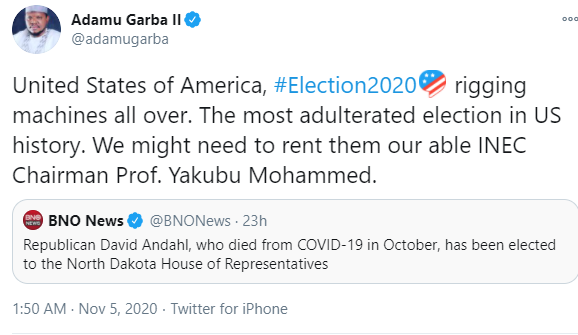 The post US election was full of rigging. We need to 'rent' them our able INEC chairman ex-presidential aspirant Adamu Garba appeared first on Linda Ikeji Blog.