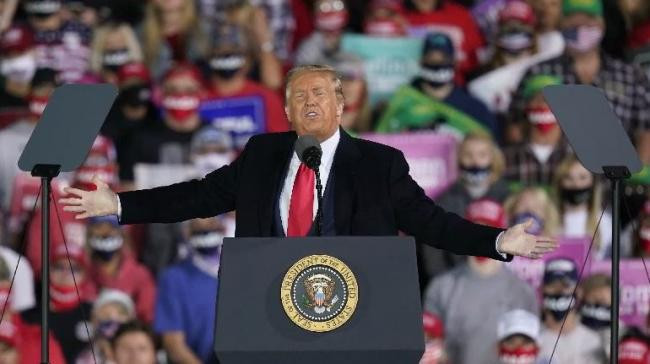 US President, Donald Trump took to Twitter to accuse some people of trying "steal the election, as he insisted that votes can't be cast after the polls have been concluded.  Trump wrote;  " We are up BIG, but they are trying to STEAL the election. We will never let them do it. Votes cannot be cast after the Poles are closed!"

He also wrote in another tweet "I will be making a statement tonight. A big WIN!" Twitter took action against the tweet quickly, placing it behind a warning and adding a misinformation label. The company explained its actions in a tweet, stating that the president’s message contained a “potentially misleading claim about an election.” 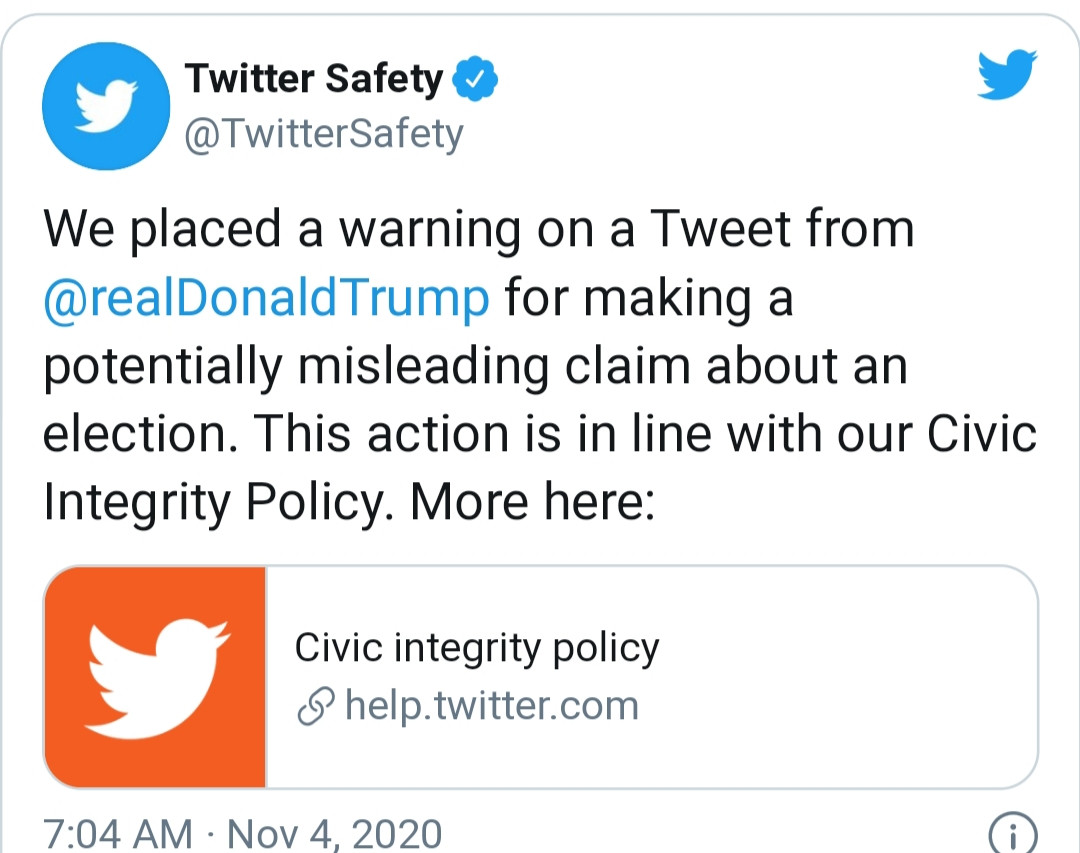 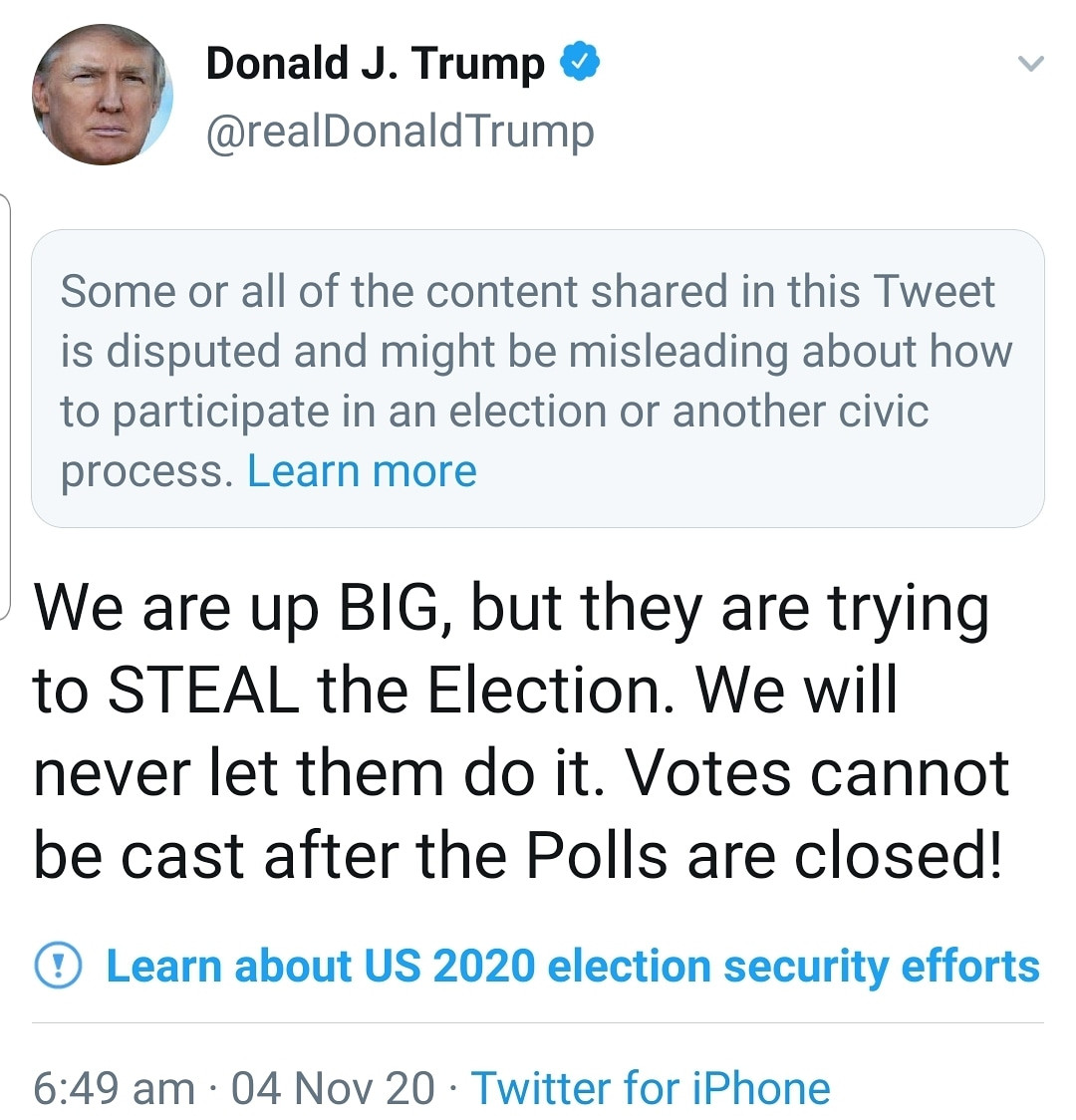