US Election 2020 Live: "I will be making a statement tonight" - Trump US President Donald Trump, has stated that he'll be making an announcement on the tense electoral battle between him and rival Joe Biden. As at US press time, vote counts show Joe Biden winning but projections indicate Trump will win the battleground states of Texas, Wisconsin and Arizona. Trump has now announced he will deliver a statement tonight, prematurely calling it 'a big win'

Meanwhile Biden just spoke to his fans in his home town of Delaware, telling them to be patient as votes get counted.Donald Trump and Joe Biden each need 270 electoral votes to win the presidency. 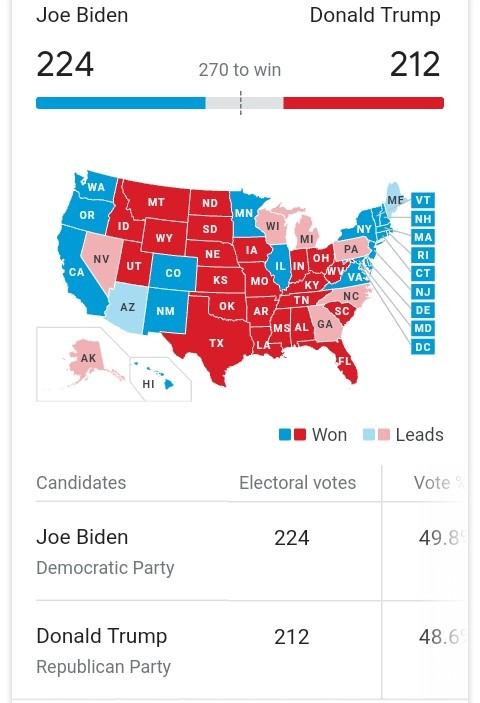 The post US Election 2020 Live: "I will be making a statement tonight" - Trump appeared first on Linda Ikeji Blog.