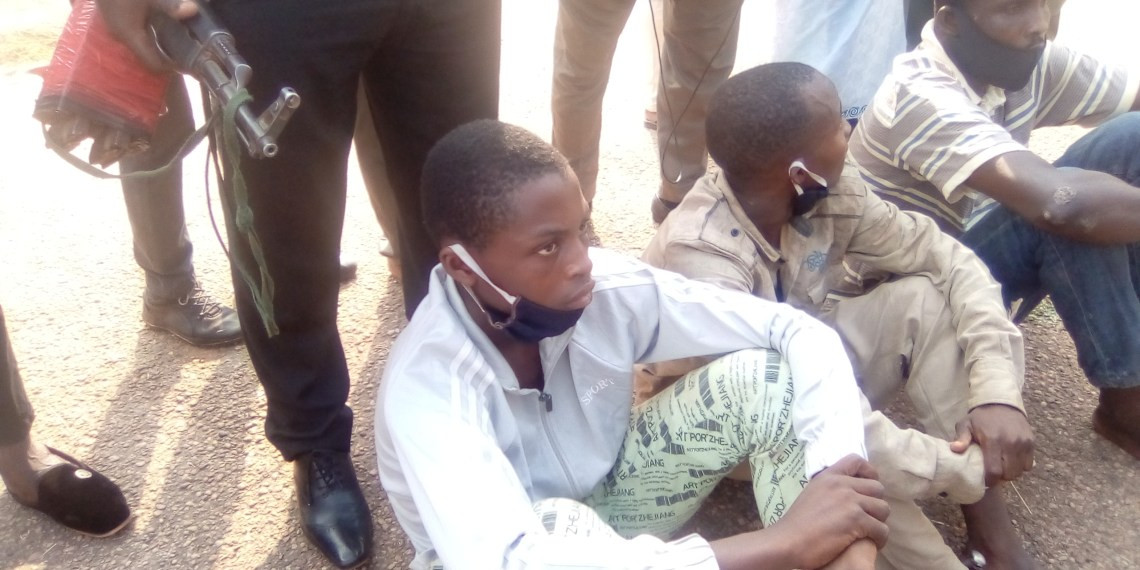 Two men identified as Aliu Mubarak and Adewale Abiodun have been arrested by the Oyo state police in connection with the killing, dismemberment and selling of decapitated heads of policemen for N1000. The suspects were arrested after one Oladipupo Ifakorede confessed to buying the heads from the duo for money ritual purpose. The two policemen identified as Ajibola Adegoke and Rotimi Oladele, were among the police officers killed in the aftermath of the EndSARS protests hijacked by suspected hoodlums. While the policemen were set ablaze after they were killed on Thursday October 22, a third member of the team Inspector Ojo was rescued by Operation Burst, the special security team set up by Oyo State Government. Five persons were arrested in connection with the crime. The police had earlier arrested Kemi Adeyemo and Saheed Oyedepo and they were both transferred to Abuja for further investigation. Recounting how he got the heads from Mubarak and Abiodun, Ifakorede said;  “No, they (police) did not ask me to say so. I want to use them to prepare ritual to make money. It is for myself. They (other suspects) did not let me know where they saw the two heads.“No. I did not ask them where they see them.” Confessing to selling the heads, Abiodun said they saw the two heads “while coming from Egbeda area of Ibadan.” He said;  “On the day of the incident, I was at home, I did not go to work. I was at home, it was this brother that called me. He said that we should go to Alabata.“When we got to town, we saw that everywhere was blocked. It was deserted. But, we got to the place, this brother said that we should carry the heads but I said no.“I told him not to carry them, but we carry them. And we took them to this Baba. They have been burnt already when we carried them.” Oyo Commisioner of Police, Mr Enwonwu who disclosed that five persons have been arrested in connection with the killings, said the suspects who were paraded before newsmen sold the two heads for N1000. Enwonwu  said;  “Discreet investigation later led to the arrest of two other suspects who identified themselves as Aliu Mubarak ‘M’ and Adewale Abiodun ‘M’ who confessed that they carted away the heads of the two policemen which they later sold to an herbalist for ritual purposes for the sum of One thousand naira (N1,000.00) only.“The herbalist who later identified himself as Oladipupo Ifakorede was arrested and the two heads of the policemen which he has already disembered were recovered from him and he confessed to the crime.“Efforts are on to arrest other fleeing suspects. Suspects: Aliu Mubarak ‘M’ age 24 years, Adewale Abiodun ‘M’ age 17 years, Oladipupo Ifakorede ‘M’ age 45 years. Exhibits: Two disembered heads.” The post Two men arrested for selling decapitated heads of murdered policemen for N1000 appeared first on Linda Ikeji Blog.