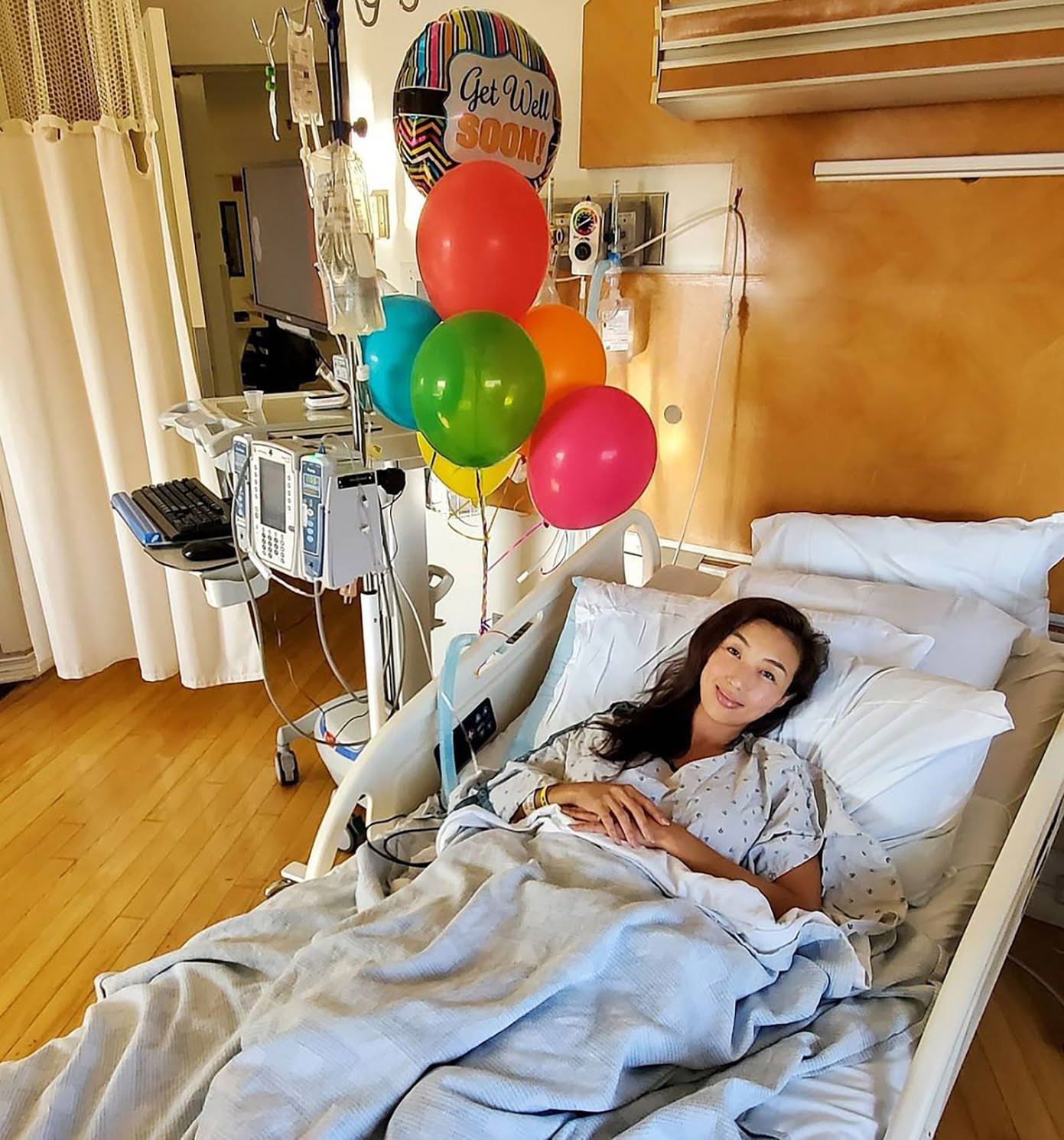 American TV host and stylist, Jeannie Mai has been hospitalized with a throat condition that requires "surgery."  "Dancing with the Stars" announced on Monday November 2, that contestant Jeannie Mai will not be able to continue to compete on the show. Mai, a host on the daytime talk show "The Real," will not return for the season "due to a health concern that requires immediate attention," DWTS announced on Twitter. "Jeannie has inspired us, along with millions of fans, with her energy and dedication. We wish her a full and speedy recovery," the tweet continued. In a statement to CBS News on Tuesday, Mai, who was paired with pro dancer Brandon Armstrong during this season of the show, said: "It saddens me that I will not be able to continue with the competition on DWTS. My doctors discovered a health concern with my throat which requires immediate attention and surgery."  "I am heartbroken that my DWTS journey has to end here," Mai's statement continued. "The last several weeks have been an amazing learning experience. I have pushed myself to new limits physically and mentally, and I am so proud of how far we've come. I can't thank my partner Brandon enough for being so supportive and believing in me. I also want to thank MAI fans who voted every week and I wish everyone else in the competition the best of luck!" Mai was hospitalized after being diagnosed with epiglottis, "a potentially life-threatening condition that occurs when the epiglottitis swells and block the flow of air into your lungs." Following the announcement, Mai has been receiving an outpouring of support from fans and friends on social media.  In a follow up post, Mai announced that she has made it out of emergency surgery."I would never imagine ever having to write this, but I made it safely out of my emergency surgery," Mai wrote on Instagram, sharing a photo of herself from her hospital bed."I will be forever grateful to Dr. Nasseri who identified my potentially life-threatening condition," she continued. "What simply started as a sore throat had unbeknownst to me become a dangerous infection that already closed at least 60% of my airway and resulted in a throat abscess that spread in a matter of 3 days." While thankful that the condition was caught in time, Mai admitted that she is "devastated" she had to end her time on DWTS early."Although I am grateful to be recovering safely, I can't lie... I am devastated by the fact that my journey with #DWTS will end this way " she wrote. "Dancing on this show has been the most exhilarating adventure. I've gained both beautiful friendships and loving supporters.'' 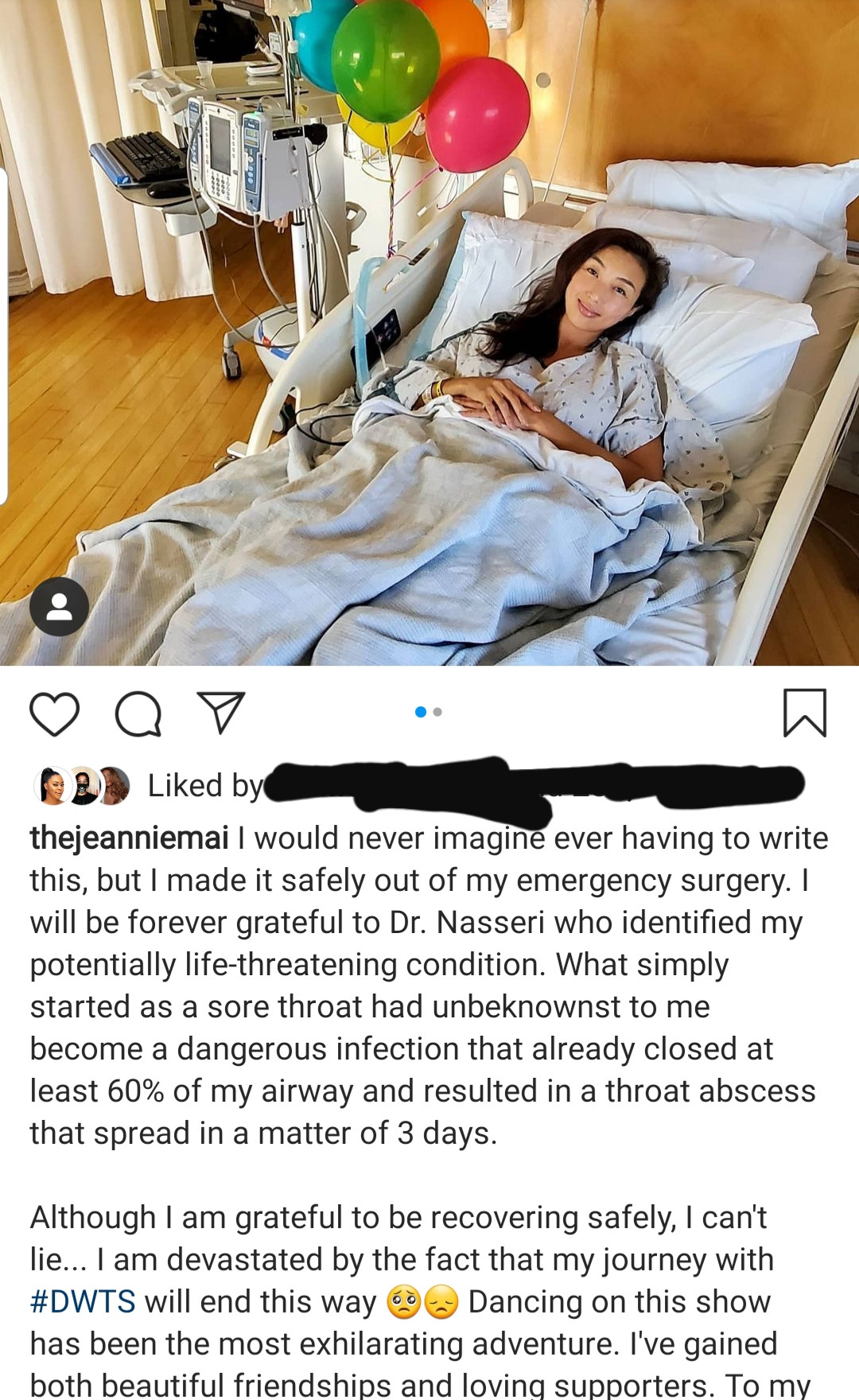 Jeannie Mai got engaged to her fiance, rapper Jezzy in March 2020 during a special date night at his home in Los Angeles.