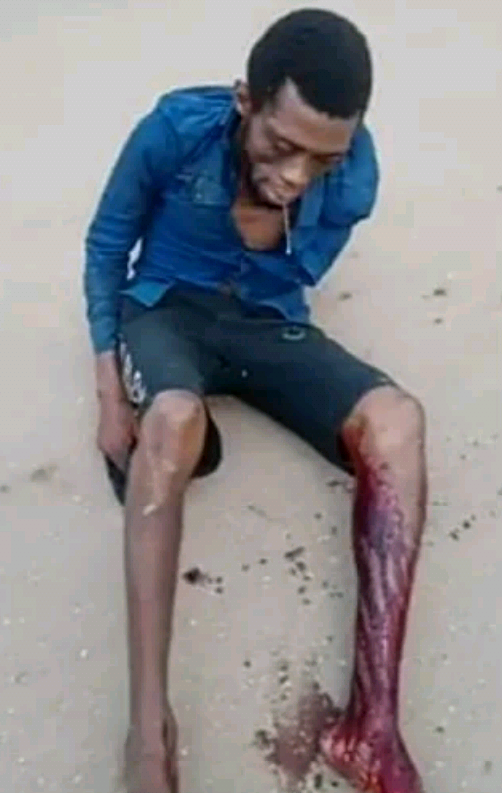 Members of a local vigilante group have nabbed a suspected phone thief in Benin City, Edo State.  It was gathered that the suspect was shot in the leg while trying to flee after allegedly dispossessing a victim of her phone.   A witness who posted the photos on Saturday morning November 21, wrote; "Another phone thief caught and shot on the leg by vigilante in Benin City. Expose the bad. Edo will be great again." 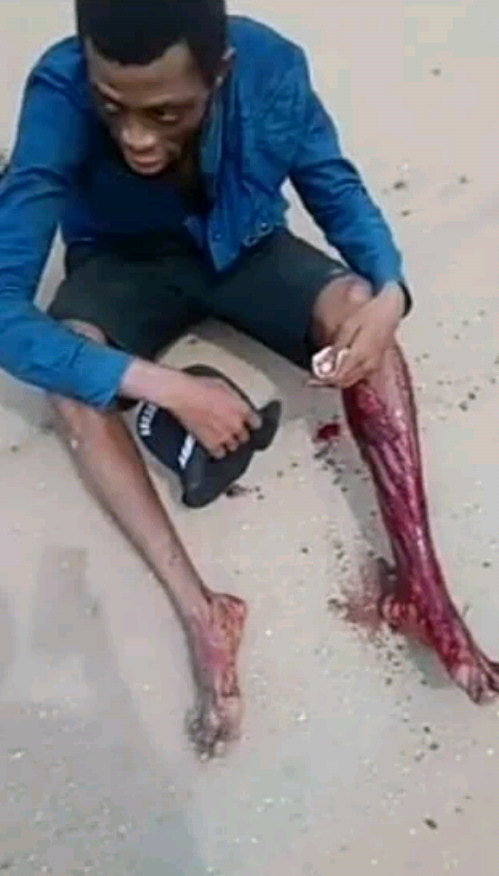