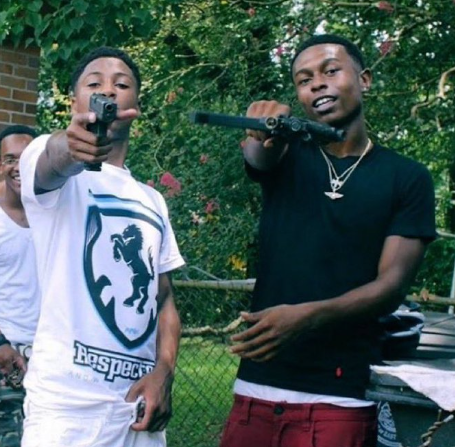 American rapper, NBA Youngboy's brother, NBA Big B, was reportedly shot over the weekend days after making disparaging comments about King Von's death. According to the Louisiana-based publication, The Advocate, Baton Rouge police found two men at an Airline Highway gas station who’d both been shot on Friday night November 20th. One of them was pronounced dead at the scene, while the other believed to be NBA Youngboy's brother was rushed to the hospital where he’s now in stable condition with an injury to his leg. Baton Rouge Police Department spokesperson Sgt. L’Jean McKneely Jr. McKneely said police think the two victims were injured at a different location but drove to the RaceTrac. The suspect who shot the men is reportedly dead.  Many online believe Big B was shot because of the comments he made about King Von following his death.  During an Instagram Live session, the BR native said, “The jokes on you. You diss now you get repped on.” There are reports that the man who was reportedly involved in an altercation that led to King Von being shot was allegedly an affiliate of NBA Young Boy and half-brother of rapper Quando Rondo.  The post Rapper, NBA Youngboy's brother shot days after making disparaging comments about King Von's death. appeared first on Linda Ikeji Blog.