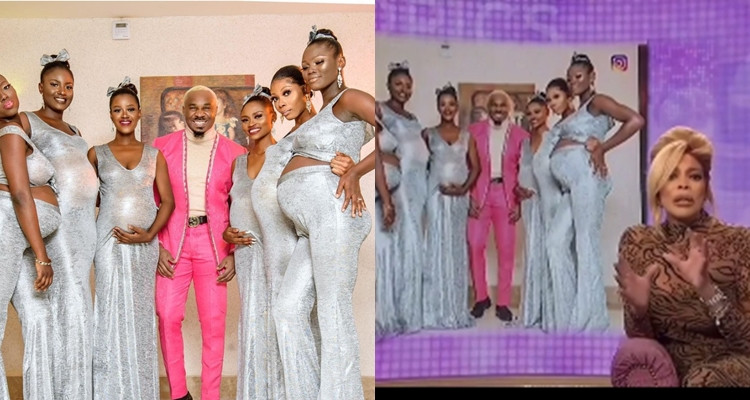 Lagos-based socialite, Pretty Mike who pulled a stunt of showing up at Actor and Comedian, Williams Uchemba's wedding over the weekend with 'pregnant girlfriends' have made it to the Wendy Williams show over the act.  Wendy Williams who acknowleged that Pretty Mike has been consistent with such stunts, also recalled how same socialite turned up at an event with women on wedding gowns.  She however averred that it is normal for a man to have many wives in Africa and for them to be pregnant at the same time. Wendy also added that "some women don't think much of themselves".  Watch the video below....      View this post on Instagram           A post shared by Lindaikejiblog (@lindaikejiblogofficial)The post Pretty Mike and his 'pregnant girlfriends' made it to Wendy Williams Show (video) appeared first on Linda Ikeji Blog.