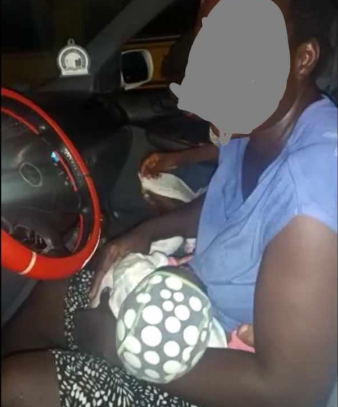 Lagos State police officers rescued a woman and her kids when they found them stranded in the middle of the night. According to the Lagos State Police Command, the woman was seen around Funso Williams Avenue at about 1:15 am on Friday, November 6. Her battery was flat so the officers helped jump-start the vehicle and followed her to be sure she was OK. Along the way, the petrol in her car finished and the officers said they assisted her with petrol before escorting her to a safe spot. Below is the the Lagos state police command's narration of the incident. 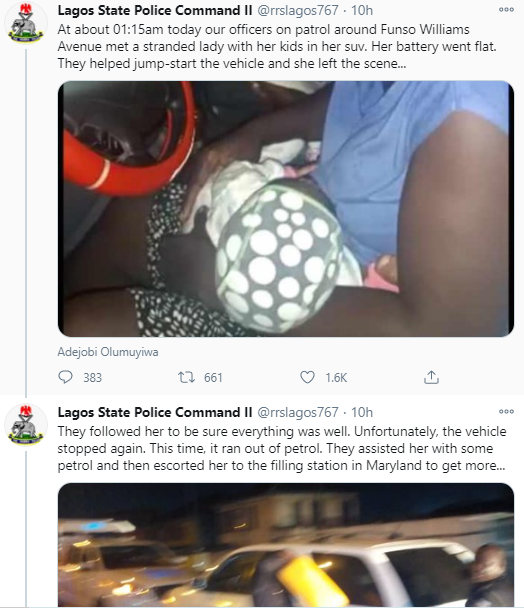 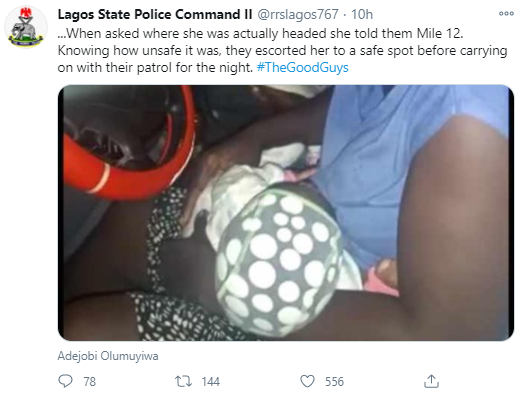 The post Police rescue nursing mother stranded with her kids in the middle of the night in Lagos appeared first on Linda Ikeji Blog.