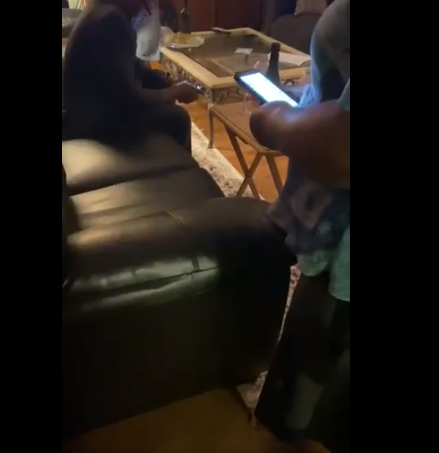 A Nigerian lady has called out her uncle who drove to her parents' house to report her to them after he saw a picture of her in bikini.  The lady was seen in a viral video confronting her uncle, telling him how weird it is that he has her photo in his phone.  @amaliakalu further revealed that the man who made the 1-hour drive to their house, also sent to the photos to others who continously called her father.  She tweeted;  My uncle really drove to my house to report me because i wore a bikini imagine driving 1 hour to report me to my parents DUMMY X12He ended up sending it to others to the point where people were calling my dad. Jobless idiot instead of him to focus on his rent he can’t pay he’s worried about a bikini picture Mtchew      View this post on Instagram           A post shared by Lindaikejiblog (@lindaikejiblogofficial) on Nov 9, 2020 at 9:50pm PSTThe post Nigerian lady calls out uncle who drove to her house to report her to her parents for wearing a bikini (video) appeared first on Linda Ikeji Blog.