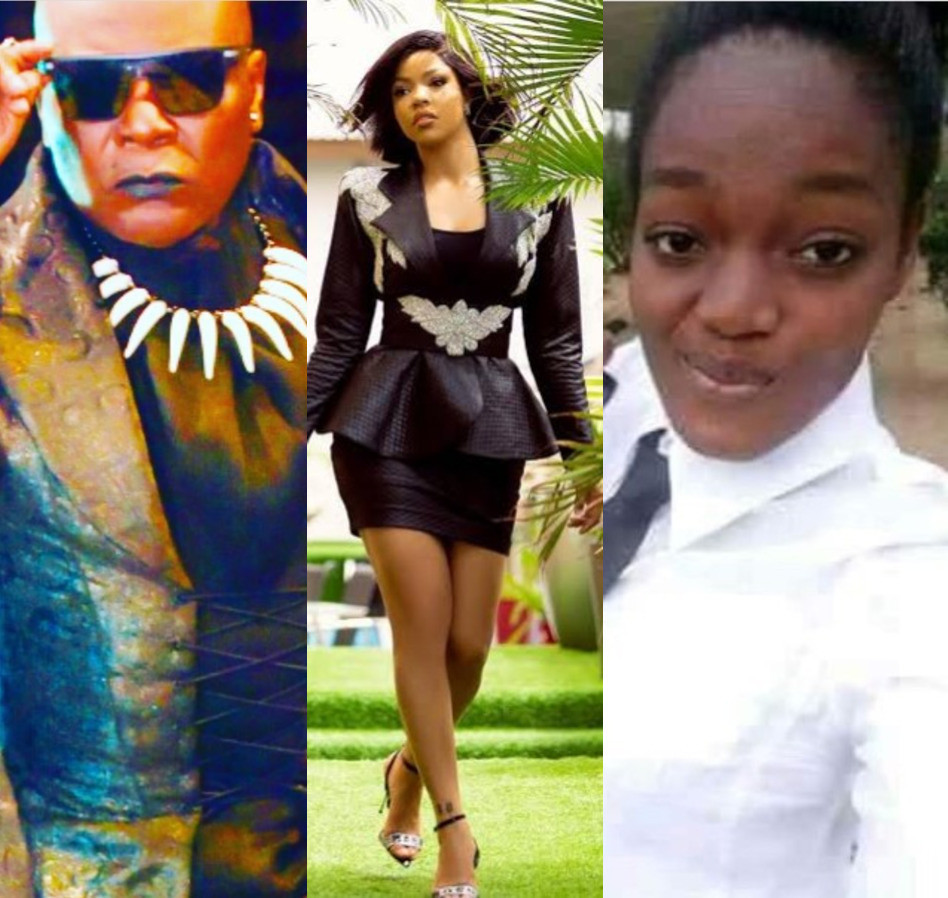 Charly Boy, aka Area Fada, has condemned the Bayelsa state governor for giving Big Brother Naija reality star Nengi a political appointment while overlooking a young lady who graduated with a first class in the state. Sharing a photo of the first class graduate, Charly boy wrote: "THE IRONY OF THE NIGERIAN STATE."The young lady with white is a first class graduate of the Niger Delta university, Faculty of Law, as well as a first class graduate Nigeria Law School... she was not Honnored by her Bayelsa State Government... "In another development, a girl, who is alleged to be a Third Class Graduate and a participant(A Runner Up) in the "Big Brother Naija" show , was given a State Reception and was also Honnored with a Government Appointment and was also declared the Role Model to the Bayelsa State Girl Child ( the Face of the Bayelsa Girl Child) "What an irony and a misplacement of moral priority!"Meanwhile, Congratulations to our Lawyer, the True Face of the Bayelsa Girl Child, as far as I and every other realist, is concerned." 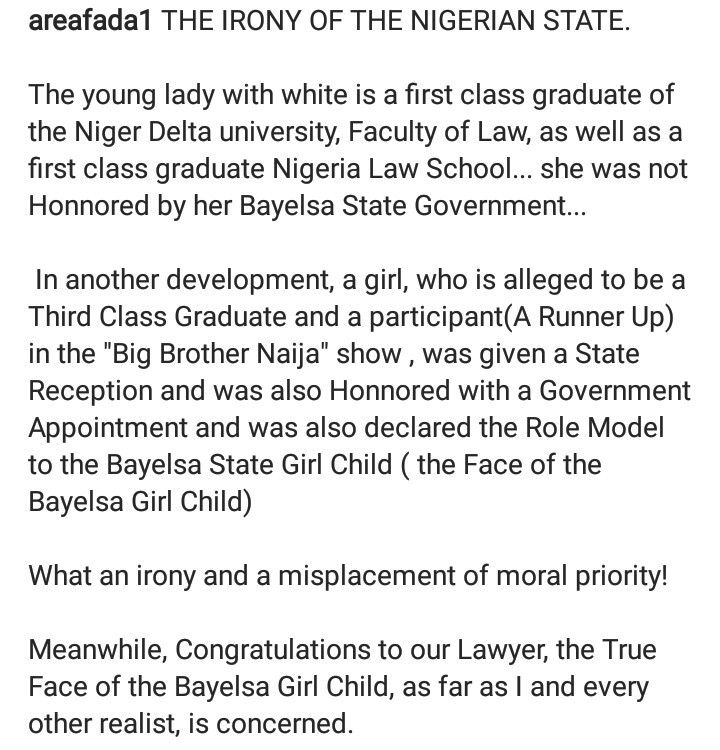