Man. United legend and Wales coach, Ryan Giggs arrested on suspicion of assaulting his girlfriend at his Â£1.7million mansion' 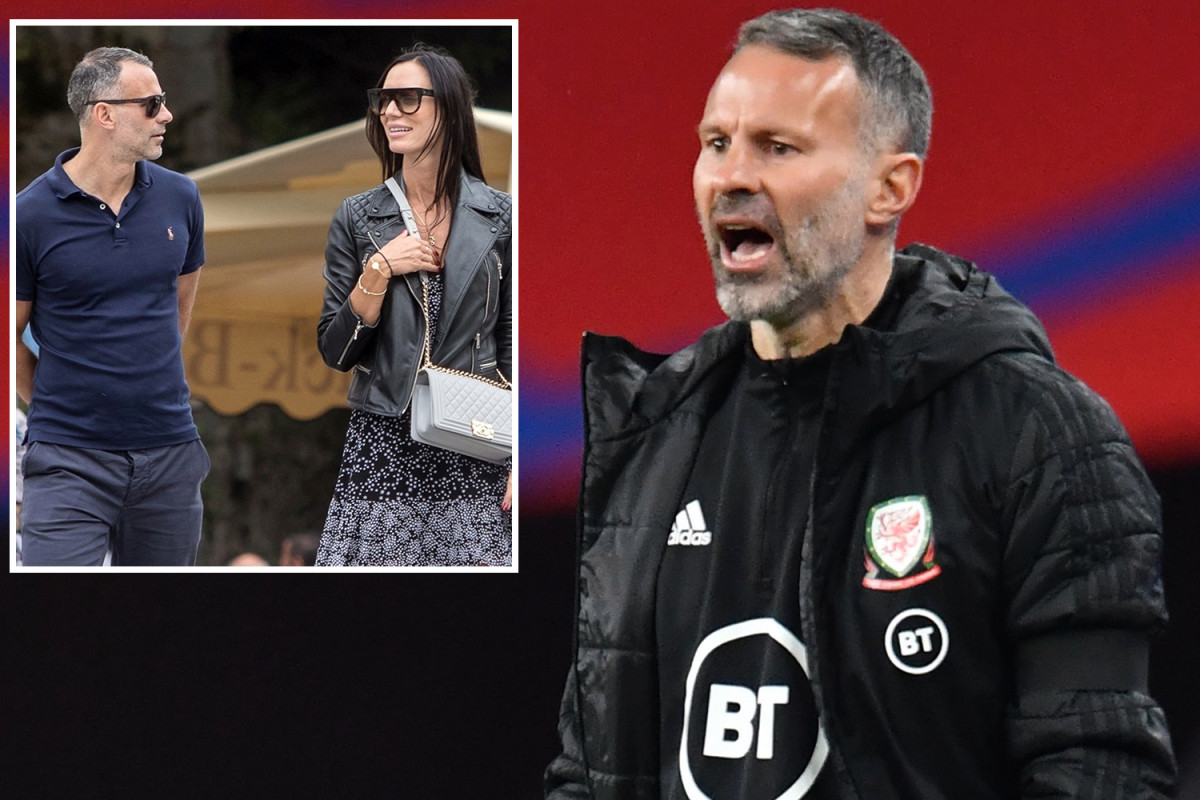 Ryan Giggs has been arrested on suspicion of assaulting his girlfriend Kate Greville at his £1.7million mansion. The Manchester United legend and Wales manager Giggs was arrested after Police officers were called to his Worsley home shortly after 10pm on Sunday November 1, following reports of 'a disturbance'. According to Mail Online, Giggs was arrested on suspicion of actual bodily harm and assault.   A Greater Manchester Police spokesman told The Sun: 'Police were called at 10.05pm on Sunday to reports of a disturbance. A woman in her 30s sustained minor injuries but did not require any treatment. 'A 46-year-old man was arrested on suspicion of section 47 assault and section 39 common assault.' He was released on bail and was photographed leaving Pendleton police station on Monday, November. Giggs and Ms. Greville, who both first met in 2013, have been on-and- since 2017. They were linked after she ended her marriage in 2015, 18 months after she started working for him as head of PR for GG Hospitality, his firm owned with Neville.  Ms Greville's ex-husband, Damian Burke accused Giggs of being 'the third person in our marriage'. They denied they had a sexual relationship at the time. Kate was showered with gifts by the footballer as his ten-year marriage to wife Stacey, who has two children with the footballer, crumbled, according to the Sun. Giggs and ex-wife Stacey finalised a £40million divorce after he cheated on her with model Imogen Thomas and his brother's wife, Natasha. They had an eight-year affair. The Welsh FA spokesperson said: 'The FAW is aware of an alleged incident involving the men's national team manager Ryan Giggs. 'The FAW will be making no further comment at this current time.' A representative for Mr Giggs told The Mirror: 'Mr Giggs denies all allegations of assault made against him. He is cooperating with the police and will continue to assist them with their ongoing investigations.'  The post Man. United legend and Wales coach, Ryan Giggs arrested on suspicion of assaulting his girlfriend at his 1.7million mansion' appeared first on Linda Ikeji Blog.