Man stabbed to death over girlfriend in Bauchi 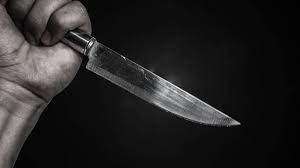 An 18-year-old man identified as Kabiru Ahmed has been arrested by men of the Bauchi state police command for allegedly stabbing another man to death over a girlfriend. The spokesperson of the state police command, DSP Ahmed Wakil, said in a statement released that a resident of the state reported the matter to the police. “On November 11, 2020, about 9.45pm, a distress call was received from a good Samaritan that one Hamza Usman (23) of Anguwar Mahaukata, Bauchi went to the house of his girlfriend by the name Ramlat Shehu (not real name), 15, of the same address. He was attacked and stabbed in his chest by one Kabiru Ahmed, 18, of Karofi.As a result of the bleeding, he was rushed to the hospital for medical examination. There, a doctor certified him dead. On receipt of the information, a team of policemen was drafted to the scene and the principal suspect, Kabiru Ahmed, was arrested.”Wakil said He stated that the suspect confessed to the crime and alleged that one Abdul aka Walplay and Waleed aka Bandi, were his accomplices. Wakil said efforts are currently being made to arrest the accomplices and that the matter has been transferred to the Special Criminal Investigation and Intelligence Department for discreet investigation. In a related development, a 55-year-old man has also been arrested in the state for allegedly having anal sex with an eight-year-old boy at the Multi-Purpose Indoor Sports Hall Complex, Bauchi. Wakil in the statement released said the suspect forced the boy to lick his semen after carrying out the dastard act on him. “On November 9, 2020 about 9.40am, one Fatima Garba, 40, of Unguwan Shekal, came to the Area Command and reported one Shu’ibu Abdullahi, 55, of Anguwan Dawaki Bauchi.He reported that some months back, he lured her son, one Sani Umar (not real name), eight, and forcefully had unlawful sexual intercourse with him through his anus at the Multi-Purpose Indoor Sports Hall Complex located opposite Wunti market.After that, he gave his sperm to the victim to lick. He also said the suspect had molested the victim on several occasions.”the statement read Wakil said after the suspect was arrested, he confessed to the crime. He added that the suspect will be charged to court as soon as investigations are concluded.  The post Man stabbed to death over girlfriend in Bauchi appeared first on Linda Ikeji Blog.