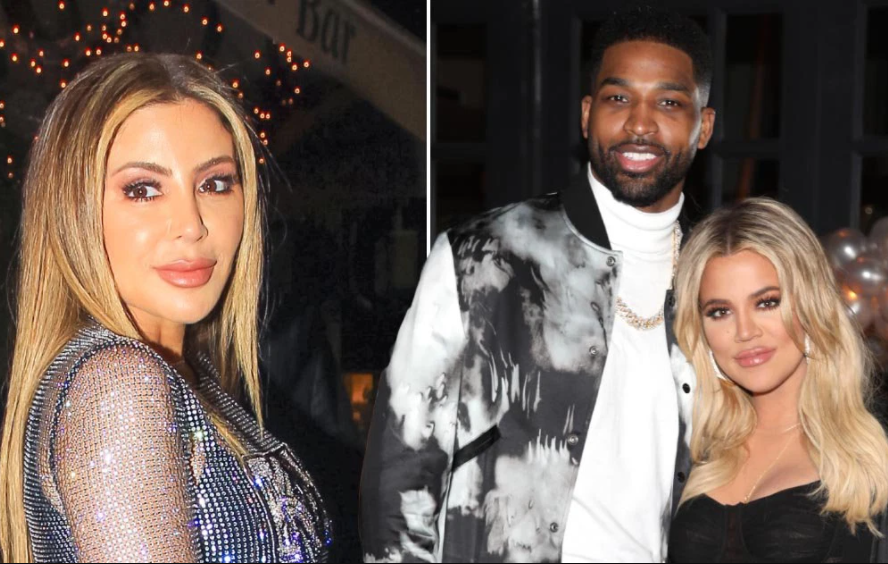 Larsa Pippen has revealed she dated Tristan Thompson before she introduced him to Khloé Kardashian. This comes four months after Kourtney and Khloe Kardashian unfollowed her on Instagram, and in retaliation, she also unfollowed them including their sister and her former BFF, Kim Kardashian.  Speaking in a new interview on the Hollywood Raw podcast, the ex-Miami “Housewife,” said that she dated the NBA player shortly before he began a romance with the Keeping Up with the Kardashians star in 2016. "I was kinda seeing Tristan before Khloé. Before Khloé or any of them knew he existed," said Pippen, whose estranged husband Scottie Pippen filed for divorce that year. "I was seeing him, I had him come to L.A., I brought him to a party Kim [Kardashian] had. I introduced him to all of them." Just days after bringing the Cleveland Cavaliers player to Kim's party as her date, Pippen, 46, said he began seeing Khloé."Then a week later, or 10 days later, he started seeing Khloé.” she said Pippen also made it clear that she has no issues with Khloe dating the Triston. "Which is fine, I don’t even care. It’s whatever. I never cared that Khloé was with him after me. I’m the type of person that doesn’t chase what’s not for me. I will never chase a man; I will never put a leash on a man. I don’t do that. I feel like, let you be great. If you want to be with other people, go ahead. I’m great by myself." Pippen also adamantly denied hooking up with Thompson, 29, after he began dating Khloé, 36. "No! But it's funny how people think it," she said. "I'm the most honest person in the world. Trust me, I would never lie about something like that." "It's hurtful people think that I hooked up and trying to ruin Khloe's life," she added. "I would never do that. That's not even my personality." The reality star also said she was happy to hear that Khloé and Thompson, who share 2-year-old daughter True, got back together after his cheating scandal with their family friend Jordyn Woods.  "If they love each other, then God bless. I think when you have a family with someone, it's really hard to break up," she said."You do everything in order to keep your kids home together and happy. I applaud them for working things out. I think it's great they are trying to work on their relationship. I'm really proud of them. I applaud them."       The post Larsa Pippen reveals she dated Tristan Thompson before she 'introduced him' to Khlo Kardashian appeared first on Linda Ikeji Blog.