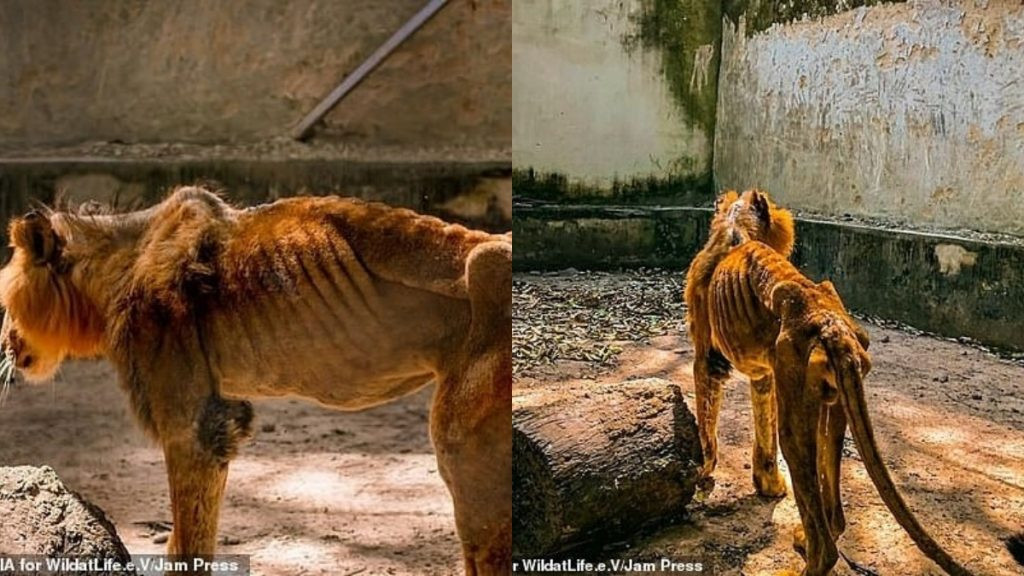 The Management of Splash Park, the managers of the mini zoo in Kaduna has closed its gates, preventing anyone including journalists from gaining access into the zoo where photos of a starving lion which went viral few days ago were taken.  Daily Trust reported that their correspondent was barred from accessing the mini zoo on the excuse that the animals were undertaking routine treatment and that only a letter from the state government will grant journalists access. The Manager of the Zoo, Innocent Ameh reportedly said the pictures trending online were not from the zoo. Ameh further stated that he was under strict instructions by the Kaduna State Ministry of Agriculture not to allow anyone gain entry into the zoo. He acknowledged seeing the pictures of the starving animals online but insinuated he had laughed it off knowing the pictures were not from the zoo. The zoo manager also averred that the routine treatment which will include vaccinations had commenced on Friday November 13 but could not clearly tell journalists when it will end. Ameh said;  “Some wildlife experts came with a letter from Abuja that they saw some pictures and they wanted to see the lion. We showed them to confirm because of their letter and it was even feeding time so we gave the lion goat and they said: ‘heh social media.’ So this issue of social media, it was just like some years ago they said the lion killed someone. “It is normal for the animals to be isolated during routine treatment because they are being vaccinated, so it will be risky to allow people to have access to them while this is going on." However when Kaduna State Commissioner of Agriculture, Halima Lawal was contacted, she debunked the claim and also said they can't give such directive as the zoo was a private business and not owned by the state government. Laawal said;  “That zoo is for a concessionaire, it has been privatized and it is not run by the Kaduna State government. It is run by the private person that they gave the zoo to who is responsible for looking after the animals as a money generating venture." The post Kaduna zoo bars journalists from entering facility after photos of starving lion and other animals went viral appeared first on Linda Ikeji Blog.