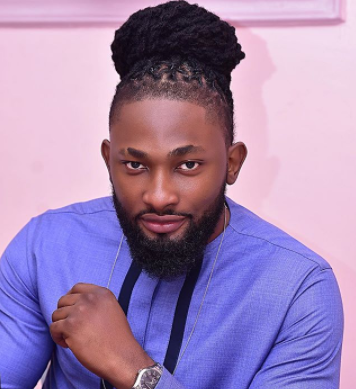 Uti Nwachukwu says Jesus will be disappointed in Nigerians who are in support of US President, Donald Trump, all in the name of christianity. According to him, Trump clearly perpetuated hate and division and anarchy. Posting via his Twitter handle, he wrote''I'm so ashamed of the hypocritical brain washed Nigerians supporting Trump all in the name of Christianity! SOMEONE THAT CLEARLY PERPETUATED HATE, DIVISION AND ANARCHY!! This is who u people were holding vigils for? Is this the love Jesus preached? He will be so dissapointed.If you ever tweeted or shouted #EndSARS and you are a trump supporter ALL IN THE NAME OF CHRISTIANITY , then YOU ARE PART OF OUR MAIN PROBLEM IN NIGERIA!! You are part of the reason why we have suffered injustice and bad governance in Nigeria! U disgust me!!Tueh  HYPOCRITE!!!!'' 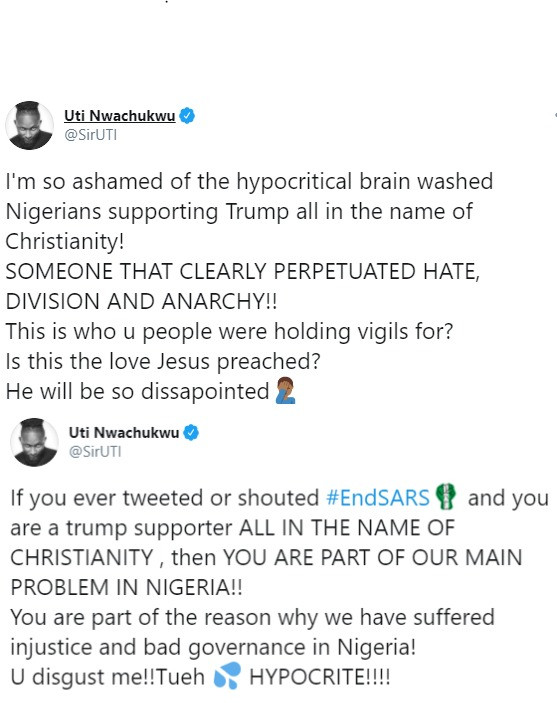 The post Jesus will be so disappointed- Uti Nwachukwu tells Nigerians supporting Donald Trump because of Christianity appeared first on Linda Ikeji Blog.