If there is any girl on Earth that I have slept with since marrying my wife, please speak publicly- Reno Omokri 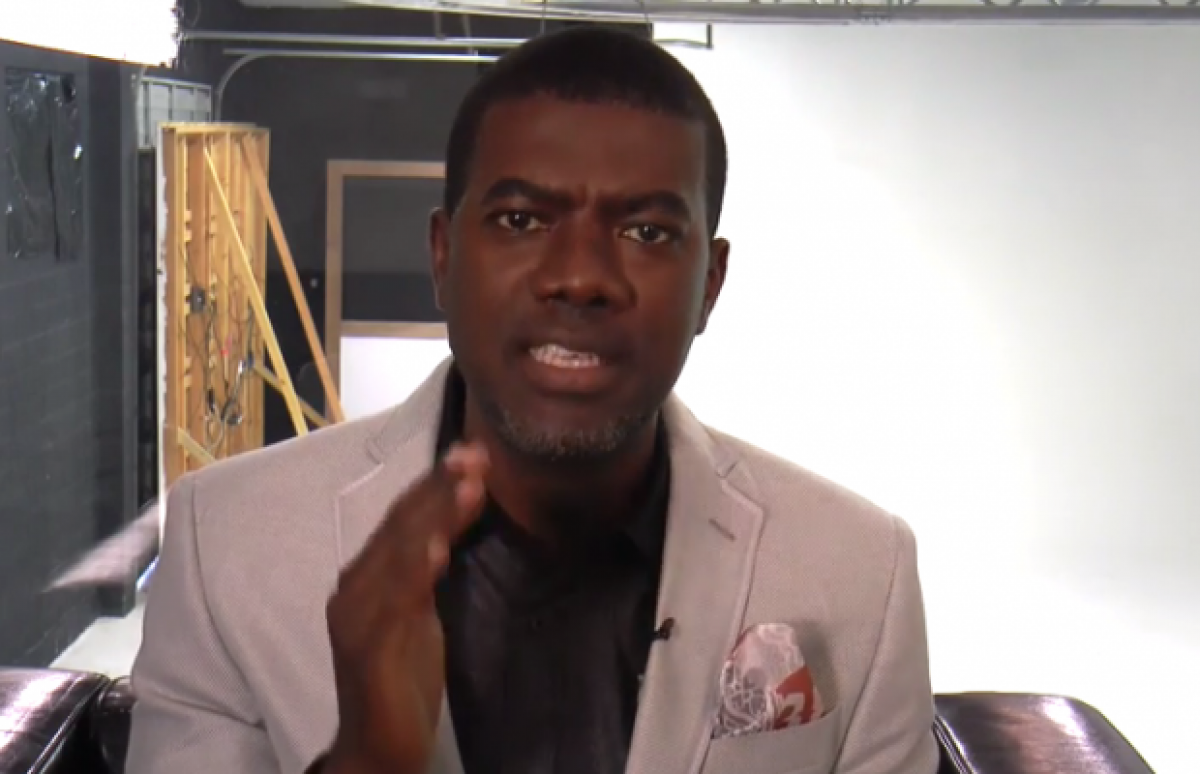 Reno Omokri has challenged any girl who might want to claim she has slept with him since he got married to his wife to come forward and speak or forever remain silent. Reno threw the challenged after a Twitter user alleged he has side chics. The author and former political appointee had taken to his handle to call on men to ensure they are good fathers to their children just as they are to their side chic. According to him, if the side chics had fatherly love while growing up, they would never have turned out to be side chics.''Dear Husbands who are also Fathers, You see that unconditional love you give to your side chick? Go home and give it to your children. If that your side chick had received unconditional love from her father, she wont be with you making her future useless!''he tweeted A Twitter user while reacting to his tweet, said she hopes his side chic doesn't see his tweet. It was at this point Reno challenged any lady with claims he has slept with her after he got married, to come forward. See their exchange below 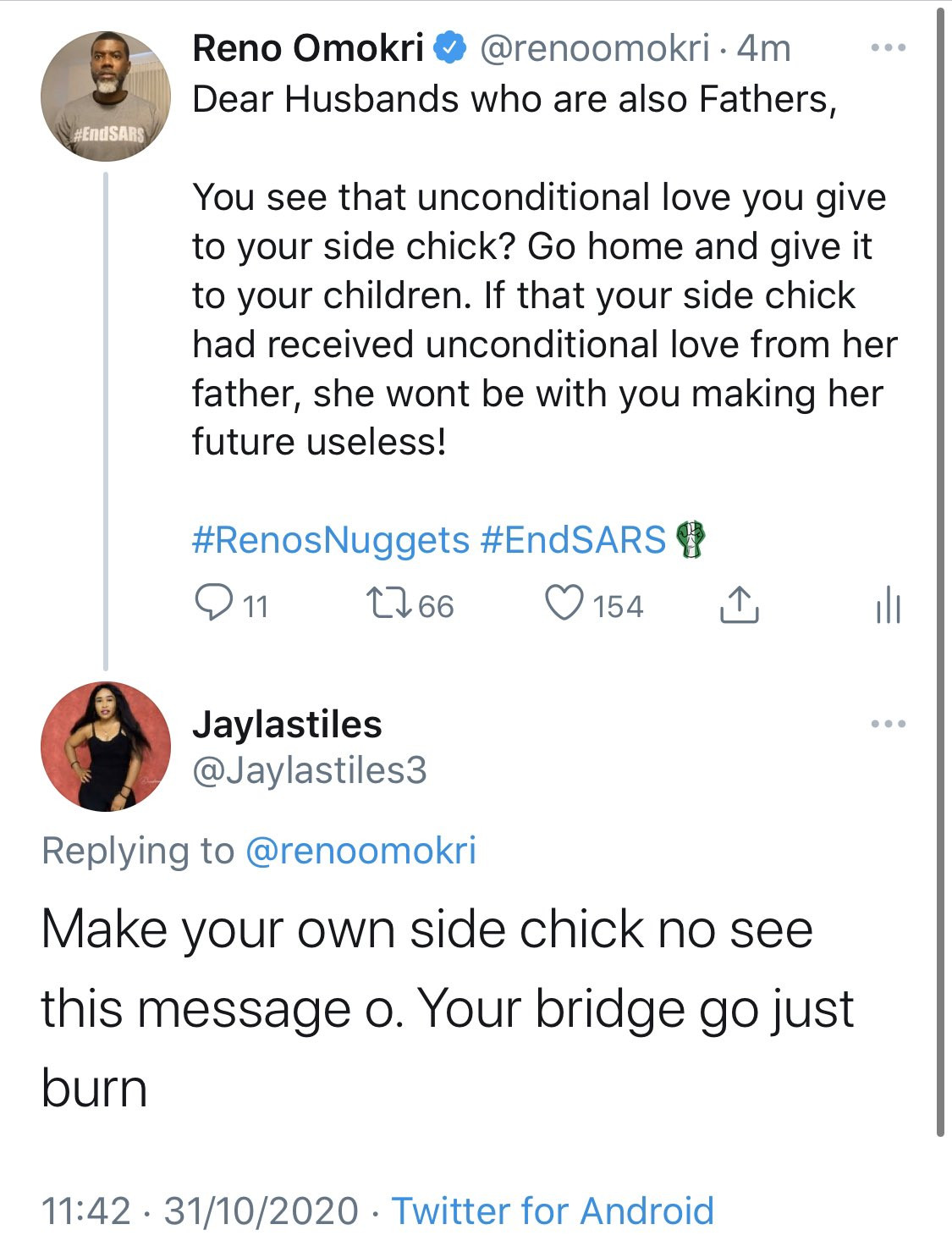 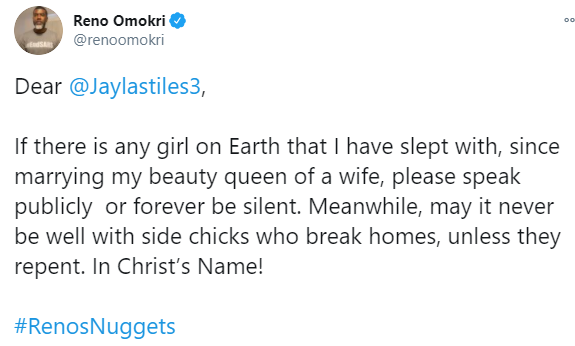 The post If there is any girl on Earth that I have slept with since marrying my wife, please speak publicly- Reno Omokri appeared first on Linda Ikeji Blog.