I know people might call him names, but that is the price men of principles have to pay - President Buhari reacts to Gov Umahi's defection to APC 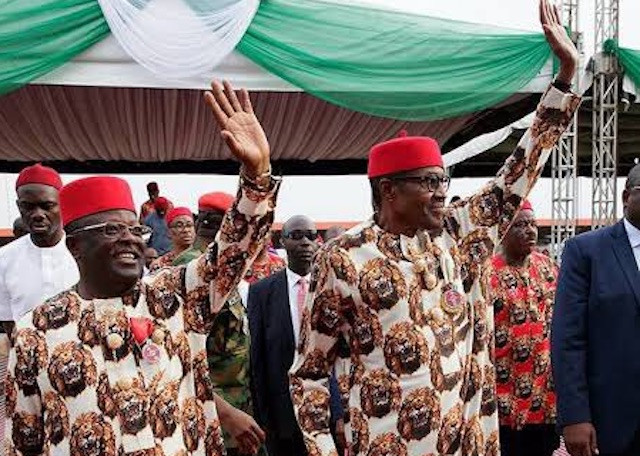