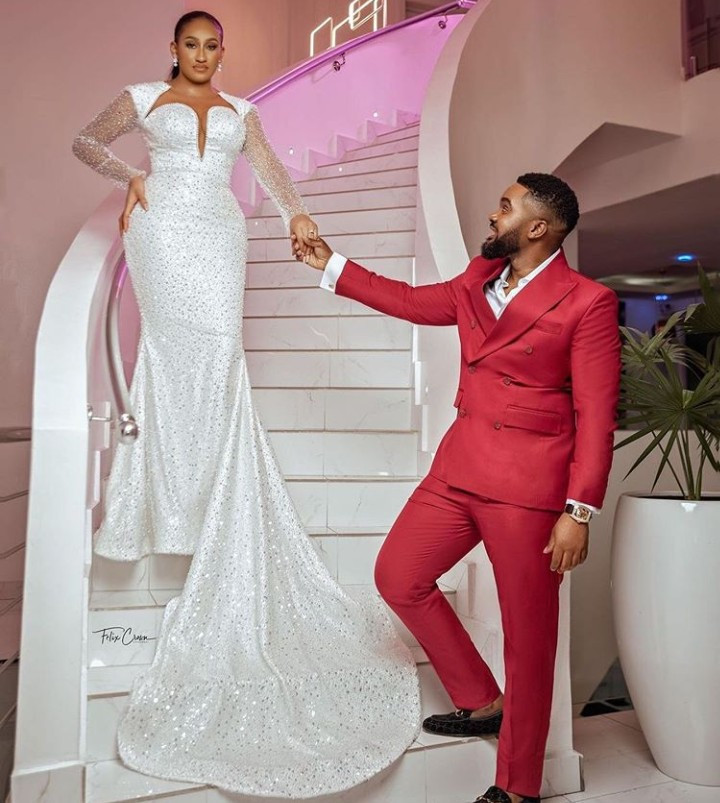 Actor Williams Uchemba is married and his wife, Brunella Oscar has recounted how they met. She explained that she reached out first in November 2016 after watching one of his videos online. She explained that she was randomly scrolling through Facebook on 22 November 2016 when she stumbled on the video and started watching it. She added that while watching the video, she heard a voice saying, "This is my husband". She immediately sent an inbox message to Williams that evening.  She didn't get a reply immediately, yet she said she went to school the next day, "happy and smiling" and telling everyone that she had met her husband the night before. They thought she was crazy. She said she got a reply from him on the afternoon of November 23, 2016, and he asked her where she's from. After she told him, she asked where he's from and he replied: "I am from that state your mother doesn't want you to marry from." She said he gave her his number then and asked her to send him a message on WhatsApp.  That same night, he video-called her and they spoke for hours. This became the norm every night and marked the beginning of their relationship. She shared her story with Wedding Digest Naija. Read the full story below. 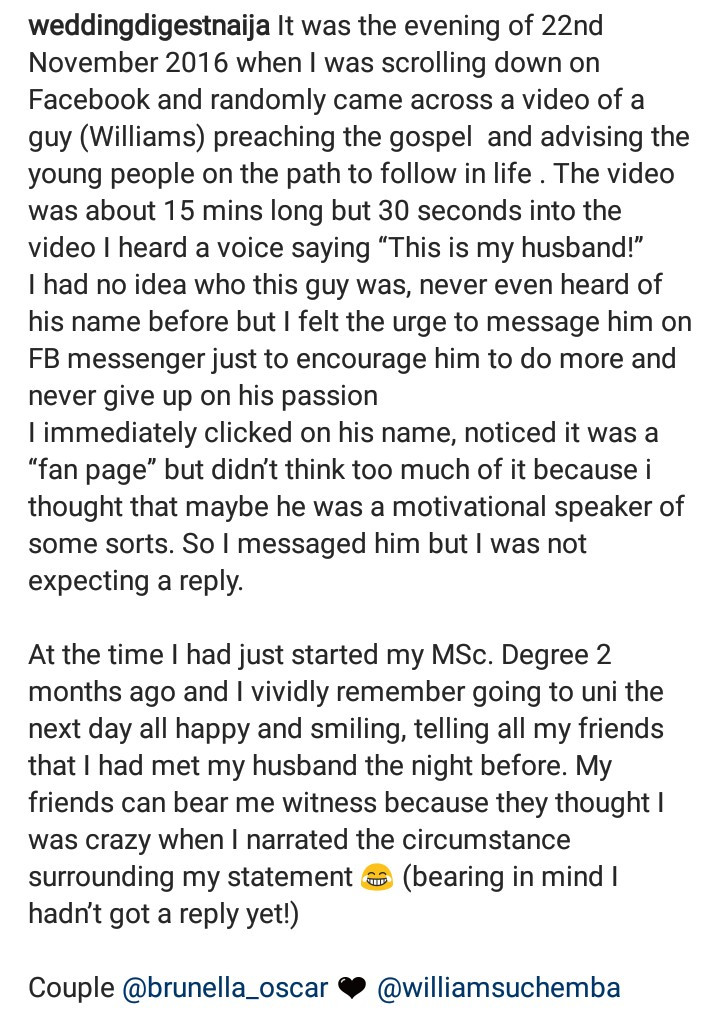 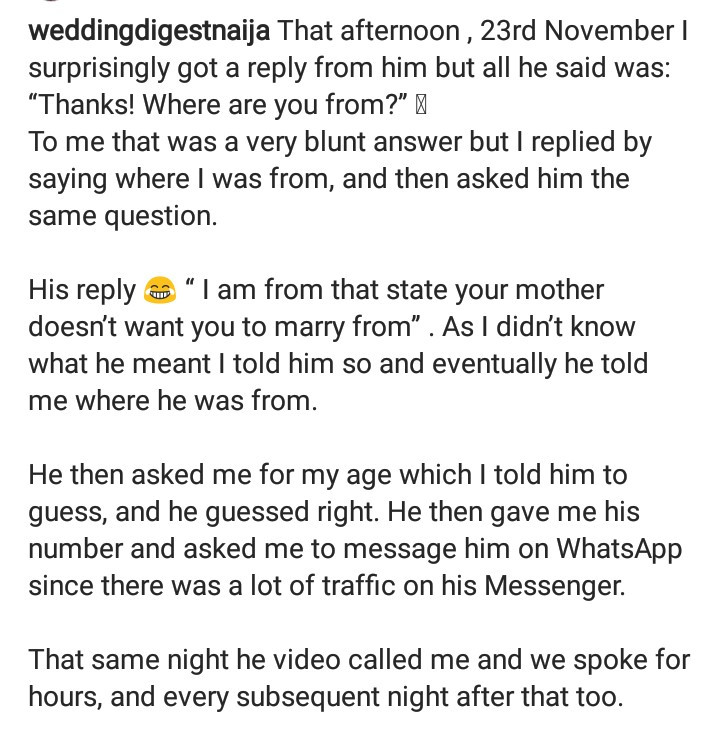 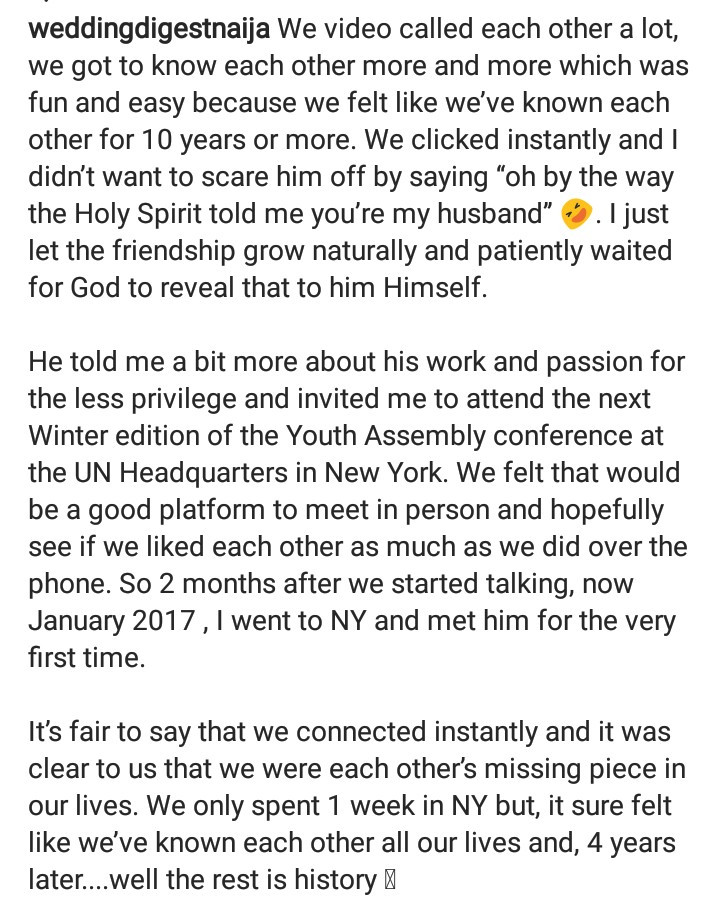 The post ''I heard a voice saying this is my husband" - Williams Uchemba's wife narrates how she sent him a message on Facebook after watching his video appeared first on Linda Ikeji Blog.