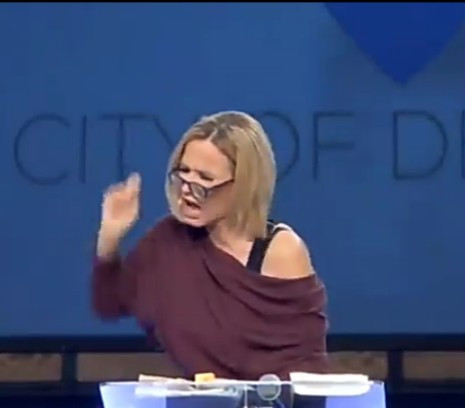 The US Presidential Elections is still underway, even after over 24 hours of counting votes and Joe Biden is currently in the lead. Hoping for a miracle, presidential spiritual advisor, Paula White, led an impassioned prayer service in an effort to secure Trump's reelection. In the now-viral video, White can be heard saying, "I hear a sound of victory. The Lord says it is done. For I hear, victory, victory, victory!"  She added that "Angels are being dispatched right now.  "Angels have been dispatched from Africa right now. They're coming here, in the name of Jesus."  Hilarious reactions have trailed the video. Reacting, former CNN anchor Ishay Sesay wrote: "Hang on a minute... so she wants angels from AFRICA to help Donald Trump stay in the White House?? I thought he wanted us to stay in our 'huts' and 'shit hole countries'. This my friends, is the definition of 'trifling'..." 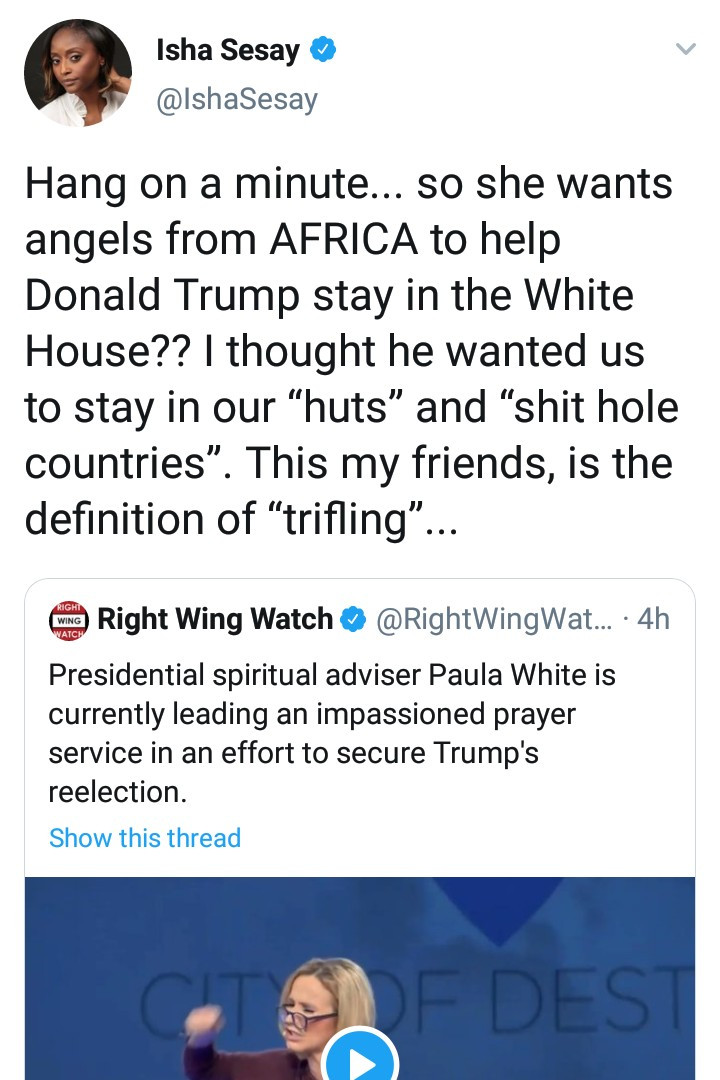 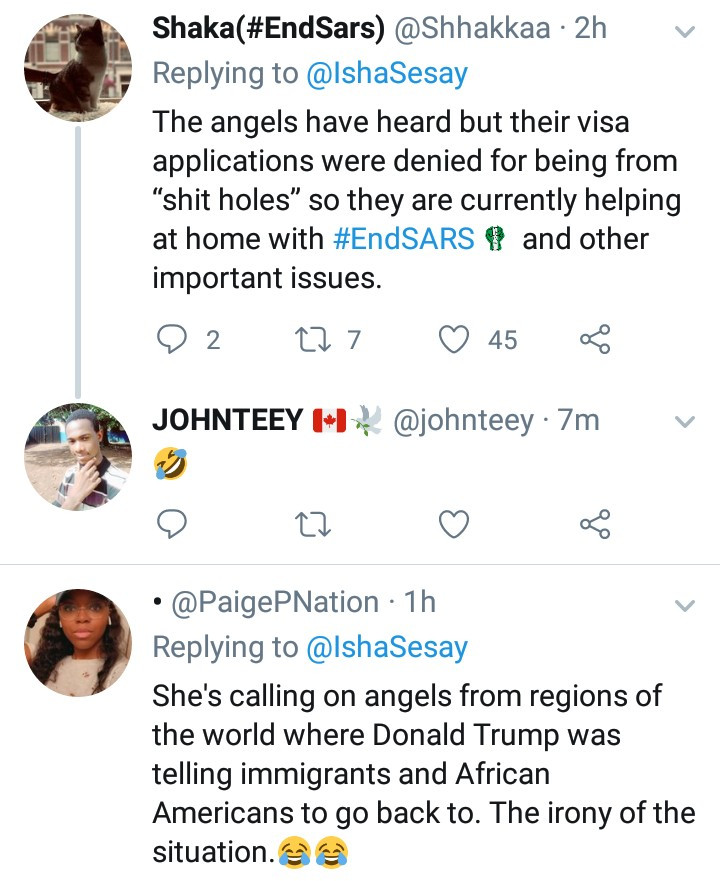 Watch the video below.       View this post on Instagram           A post shared by Lindaikejiblog (@lindaikejiblogofficial) on Nov 4, 2020 at 11:08pm PSTThe post Hilarious reactions as Presidential spiritual adviser, Paula White, says while praying that angels are currently being released from Africa to secure Trump's reelection (video) appeared first on Linda Ikeji Blog.