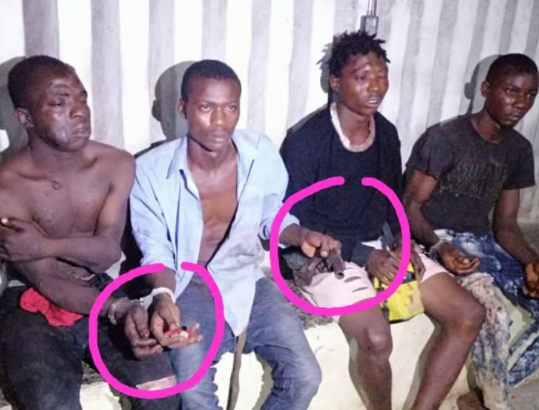 Police officers attached to Alakuko station in Lagos state police command have arrested four suspected armed robbers. A statement released by SP Muyiwa Adejobi, states that the robbers were arrested on November 24 at about 12am.  According to Adejobi, the suspects have been terrorizing and dispossessing residents of AMJE Bus Stop, Ajegunle, Masalasi, and Dalemo communities in Alakuko Area of Lagos state, of their belongings. He said one locally-made pistol with 4 life cartridges was recovered from them. Adejobi gave the names of the suspects as Suleiman Babajide, 26, Mustapha Michael, 25, Daniel Gideon, 23 and Olalekan Adesina, 26.   Adejobi said the state Commissioner of Police, Hakeem Odumosu, has ordered that the suspects be transferred to State CID, Panti, for a thorough investigation, while he charged other police stations and operatives in the command to make Lagos uncondusive for criminals and miscreants to operate or hibernate particularly during the ember months. 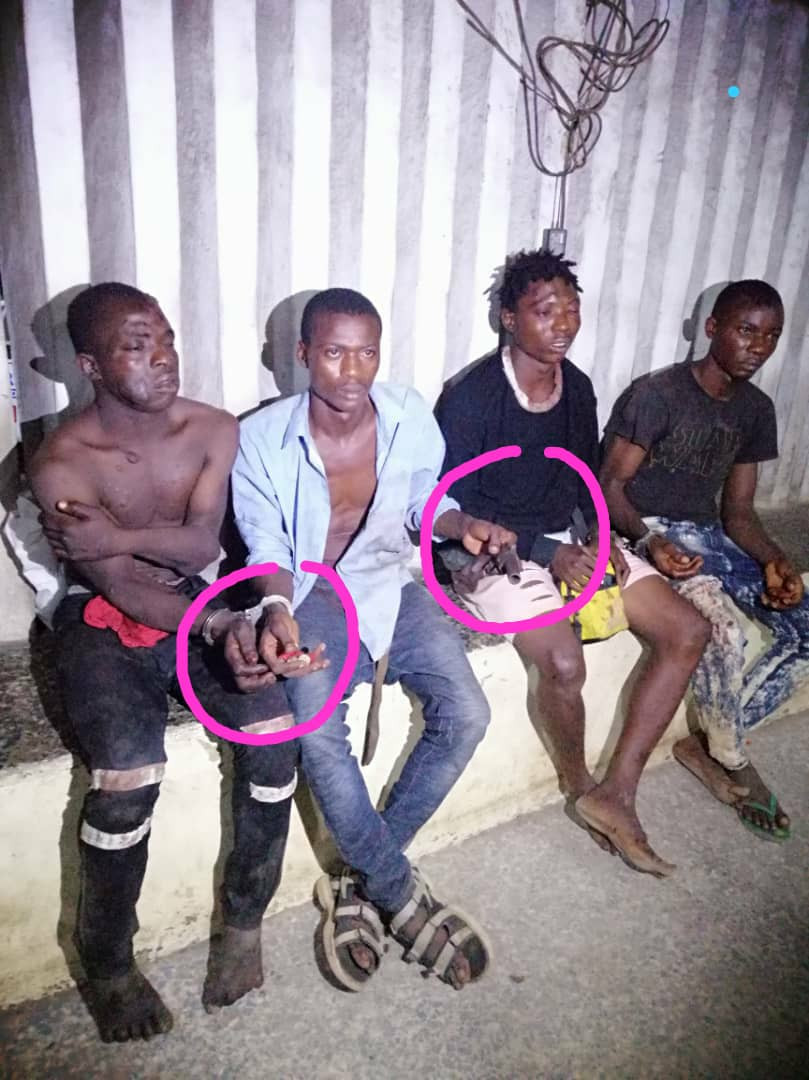