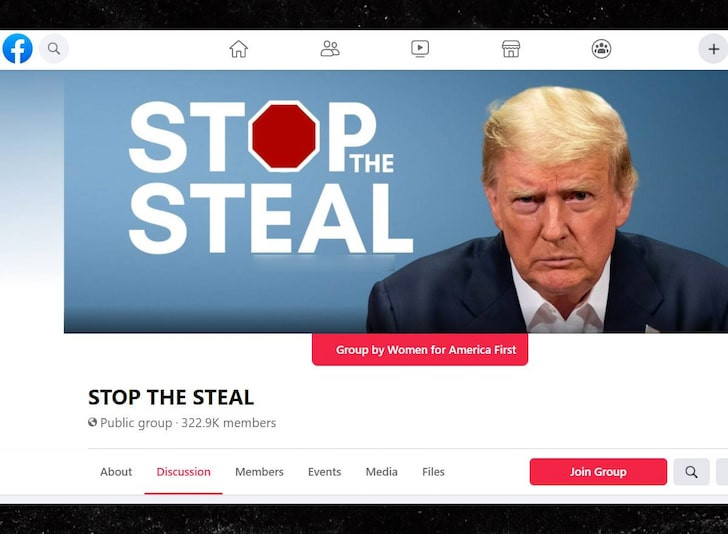 Facebook has officially shut down a fast-growing pro-Trump “Stop the Steal,” for promoting election misinformation regarding ongoing vote counts and calling for violence.  The Facebook group, which gathered more than 350,000 members and nearly 7,000 posts in two days, was reportedly used to organize protests and spreading false information that Democratic challenger Joe Biden was trying to steal the election.  “In line with the exceptional measures that we are taking during this period of heightened tension, we have removed the Group ‘Stop the Steal,’ which was creating real-world events,” Facebook said in a statement.“The group was organized around the delegitimization of the election process, and we saw worrying calls for violence from some members of the group.” The group, which appeared to be linked to the pro-Trump organization Women for America First was created in the wake of President Donald Trump falsely claiming that he had defeated Democratic presidential nominee Joe Biden during a speech on Wednesday November 4. The post Facebook shuts down pro-Trump 'Stop the Steal' group for spreading election misinformation and calling for violence appeared first on Linda Ikeji Blog.