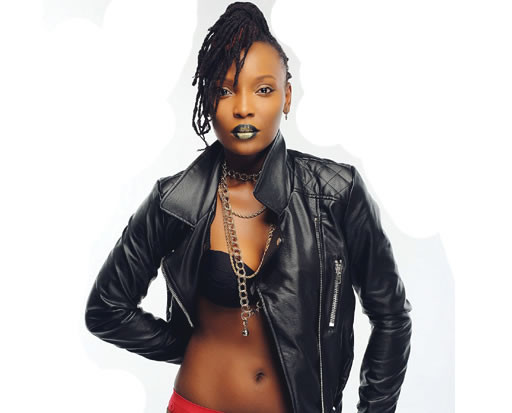 Charles Abi, Peter Okoye a.k.a Mr P's personal assistant has disclosed that Obianuju Catherine Udeh aka DJ Switch, is safe and out of the country.  Recall that the entertainer who was signed by Peter Okoye as his personal disc jockey in 2017, made headlines after capturing the shooting which occurred at Lekki Toll Gate in an Instalive video on October 20. Switch reportedly travelled out of the country shortly after she narrated her ordeal before the Sub-committee on International Human Rights of the Standing Committee on Foreign Affairs and International Development of the Canadian parliament. Abi has now confirmed that she is safe and out of Nigeria, however he did not disclose where DJ Switch is residing in the interview with Punch.He said;  “We do not want to say anything at the moment and that is the truth. This is a matter of threat and we do not want to say anything at the moment. She had been getting a lot of threats and the truth is that she is not even in Nigeria at the moment and she is safe. We will not want to answer whether she is in Canada for now but she is not in the country and she is safe.“I cannot tell you if DJ Switch testified at a Canadian parliament, but if you see that the Canadian parliament posted it, then she probably did it. I know that she has not posted anything and I remember that my boss told her not to post anything; but in due time, she will speak out.“She got threats from every angle; she received death threats from every angle; so, she just had to leave. I am just going to say this because of her safety, we just have to keep things quiet low.”The post DJ Switch is safe and out of the country - Peter Okoyes PA appeared first on Linda Ikeji Blog.