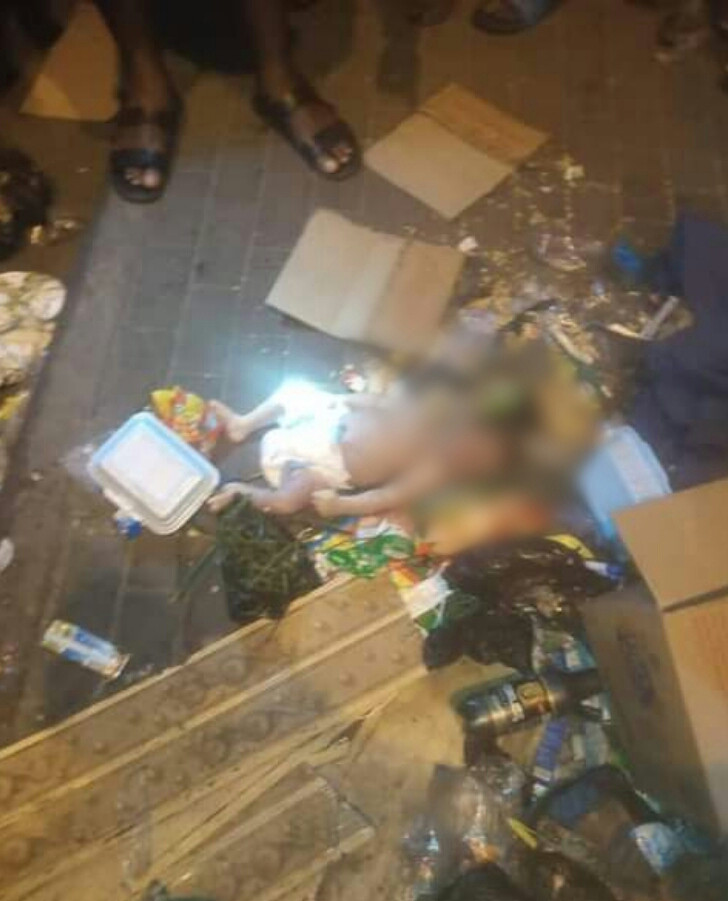 The lifeless body of a day-old baby boy was found at a refuse dump in Port Harcourt, Rivers State on Wednesday night. The body was discovered at the refuse site along Ikwerre road, Mile 2 Diobu area of the city around 9.30pm on Wednesday, November 25.  An advocacy group, Centre for Basic Rights Protection and Accountability Campaign, has condemn the dastardly act.  "We Condemn the evil act by unknown mother of a day old baby boy who dumped him at a waste bin in Ikwerre road opposite Egede street Mile 2 diobu, PortHarcourt, Rivers,Nigeria which eventually led to the death of the baby.," the group said in a statement on Thursday morning. "Unfortunately the baby died before our arrival at about 9:30pm Wednesday night. The action by the unknown mother is in clear violation of the right to life of the infant child." 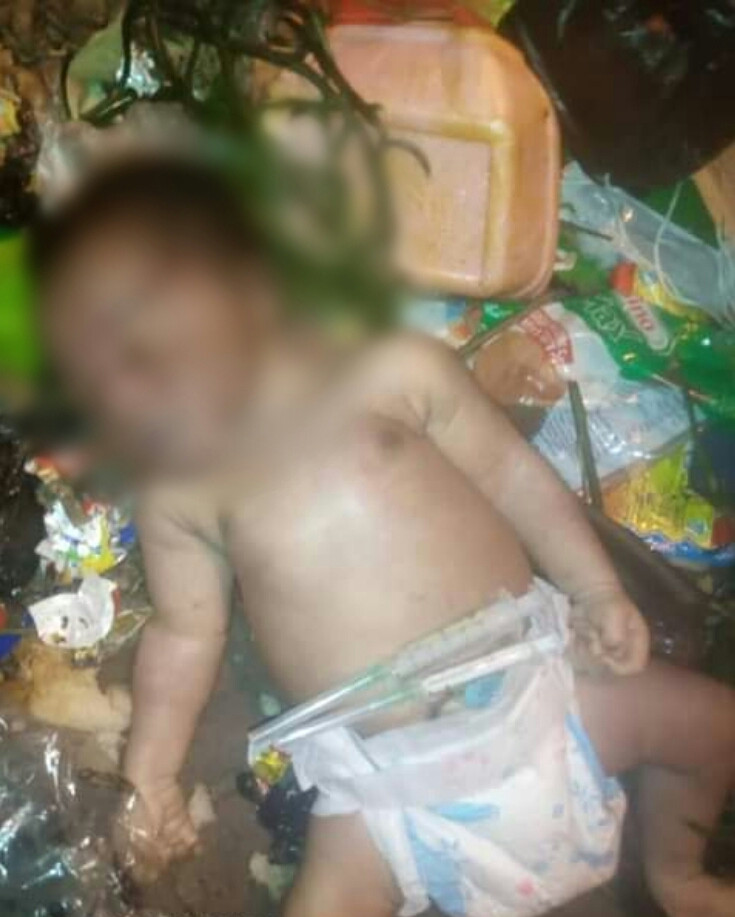 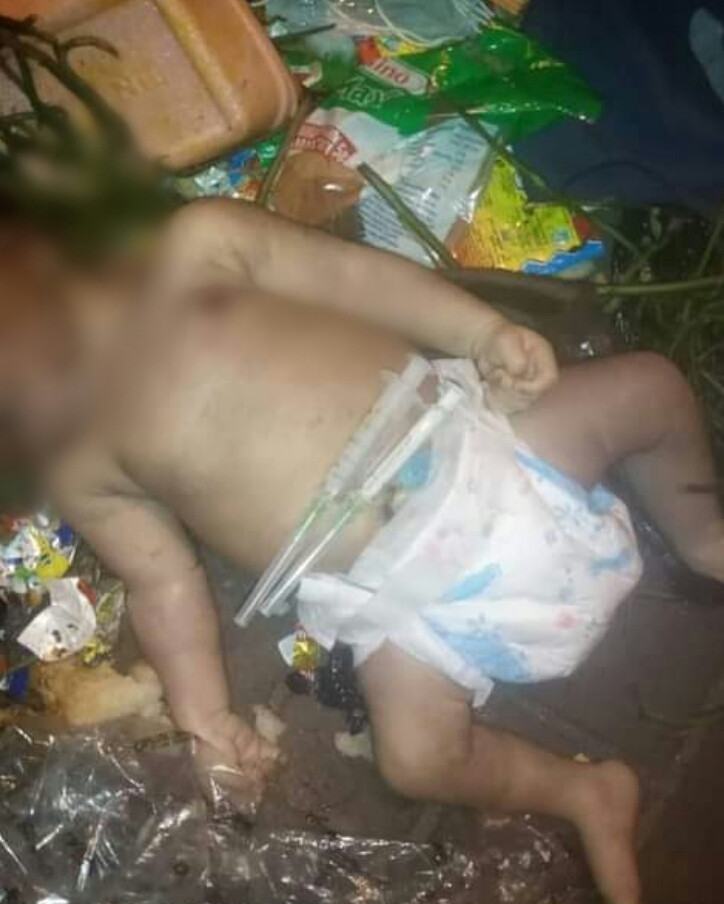 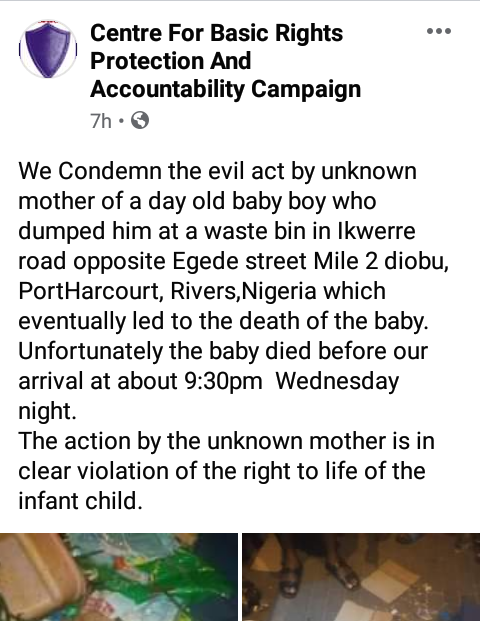