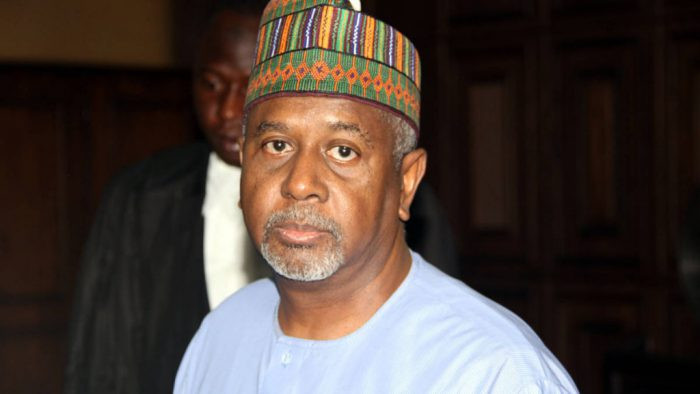 As the trial of former National Security Adviser, Sambo Dasuki, continued on Tuesday, November 10, an investigation officer of the Economic and Financial Crimes Commission EFCC, Adariko Michael, told the court that investigations have shown that N2.2 billion was allegedly spent on prayers in Nigeria and Saudi Arabia to win the war against Boko Haram insurgency in Nigeria.Adariko was giving evidence as the first prosecution witness (PW1) in the trial of Sambo Dasuki, in the alleged two billion dollars arms deal fraud. Others charged with Dasuki, a retired colonel, are a former General Manager with the Nigerian National Petroleum Corporation (NNPC), Aminu Baba-kusa, Acacia Holdings Limited and Reliance Referral Hospital Limited. The EFCC charged them with 32 counts bordering on misappropriation, criminal breach of trust, dishonest release, and receiving various sums of money. Led in evidence by the EFCC counsel, Rotimi Jacobs,  Adariko told the court that N750 million was allegedly transferred from a special account linked to Dasuki's office to Reliance Referral Hospital Limited’s account with First Bank. He added that N650 million was also transferred to Acacia Holding Limited’s account with EcoBank, while another N600 million and N200 million were transferred to the company’s account with UBA.“Between September 27, 2013, and April 16, 2015, N50 million was credited to Reliance Referral Hospital’s account. Based on responses from the banks involved, as investigating officer, we found out that money was transferred to several individuals and companies.When we went through the account statement, we asked the second defendant (Aminu Babakusa) the reason for this. He informed us that the money was used to hire clerics to pray for the nation as regards Boko Haram crisis.When we asked him to provide the names, contacts and phone numbers of the clerics he hired to pray for the nation, he mentioned only two,” he said. After listening to Adariko's testimony, the case was adjourned until November 11 for the continuation of the hearing. Mr Dasuki spent four years in detention, following his arrest in 2015 over alleged misappropriation of N2.2 billion meant for arms purchase during his time as National Security Adviser to former President Goodluck Jonathan.  After the Federal Government had consistently failed to honour court orders granting him bail, including an ECOWAS court judgment in 2016, he was finally released on December 24, 2019.The post #Dasukigate: N2.2 billion was spent on prayers against Boko Haram EFCC witness tells court appeared first on Linda Ikeji Blog.