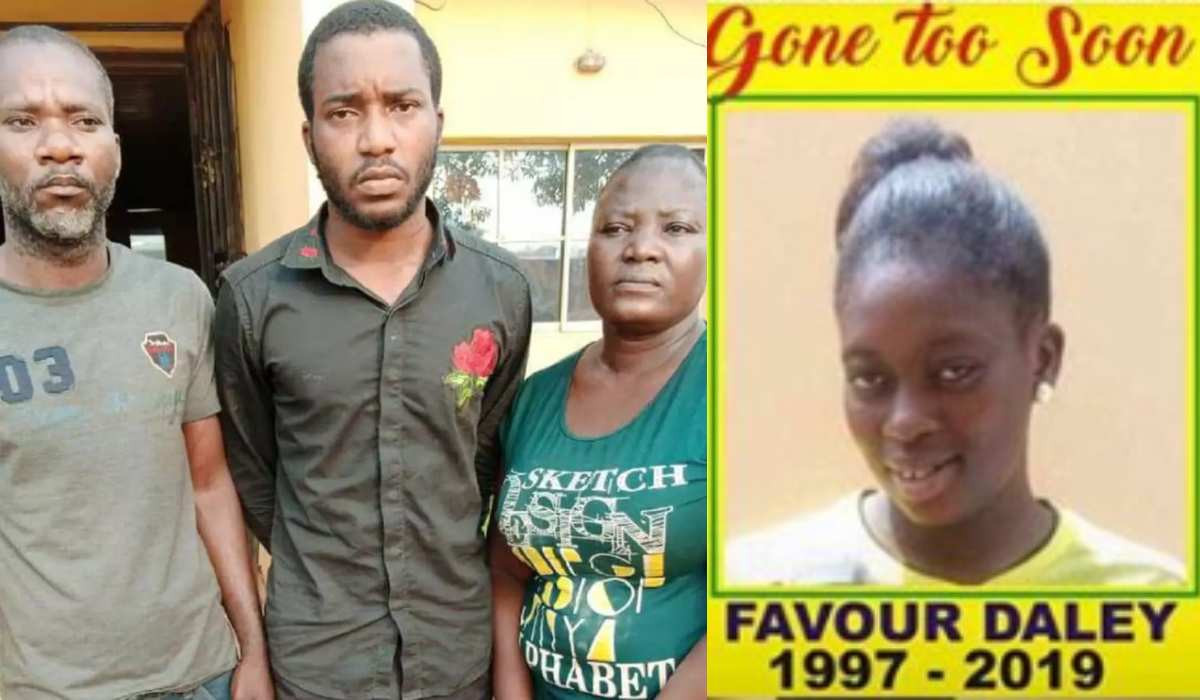 An Osun State High Court sitting in Osogbo on Friday November 20, remanded a prophet identified as Segun Philip, a lady identified as Bola Adeeko and her son, Owolabi Adeeko over the alleged murder of a 400-level Lagos State University student identified as Favour Daley-Oladele. Favour was declared missing after she left home to an undisclosed destination in 2019. After the suspects were arrested, Owolabi narrated how he used his girlfriend to prepare a ritual meal for himself and his mother who according to him was ‘broke.’ The suspects who had no counsel when the case was brought up in court, were charged on two counts of conspiracy and murder contrary to section 319 and 324 criminal Code Laws cap 34, Laws of Osun State. Justice Grace Onibokun  adjourned the matter to March 3 and 10, 2021 for hearing and ordered  that they should be remanded in  prison. The post Court remands prophet, mother and son for allegedly killing 400 level LASU student in Osun appeared first on Linda Ikeji Blog.