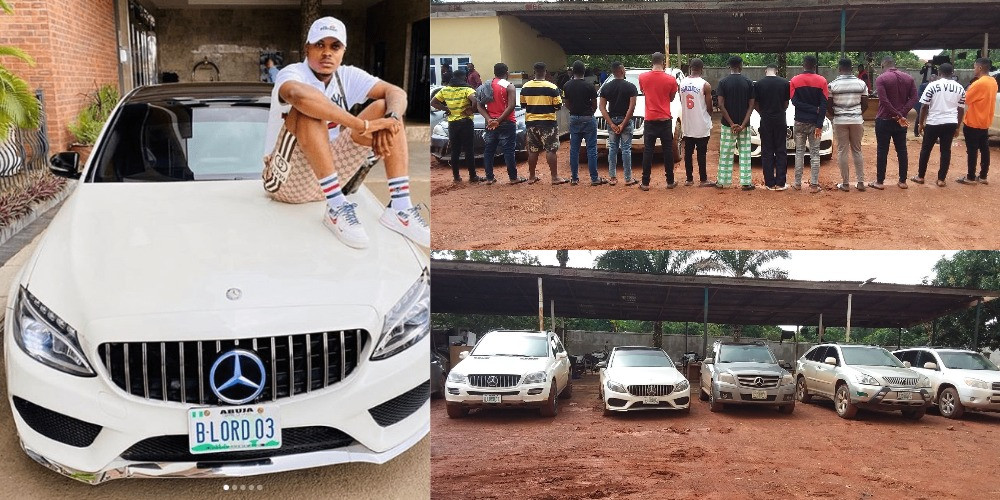 A Nigerian businessman has filed a lawsuit against the Economic and Financial Crimes Commission (EFCC) for allegedly seizing his properties. According to Linus Williams, nothing incriminating was found on him after his arrest yet his properties haven't been returned to him. Williams who alleged that the anti-graft agency seized his three cars, a  Benz C300, Benz ML 350 and Lexus Es350, after his arrest, said only one was released. Other seized properties he listed include his phones and laptops.  He wrote;   Demand Notice to @officialefcc , After the unlawful and unwanton invasion of my private residence by corrupt Efcc officials,The Efcc Enugu zonal command till date has refused to release my properties and valuables which were unlawfully seized from me.Nigerians please help me ask the Efcc why they are still holding on to my properties even when nothing incriminating was found on me.I have written to them through my lawyers and I shall be challenging this impunity..Justice will prevail 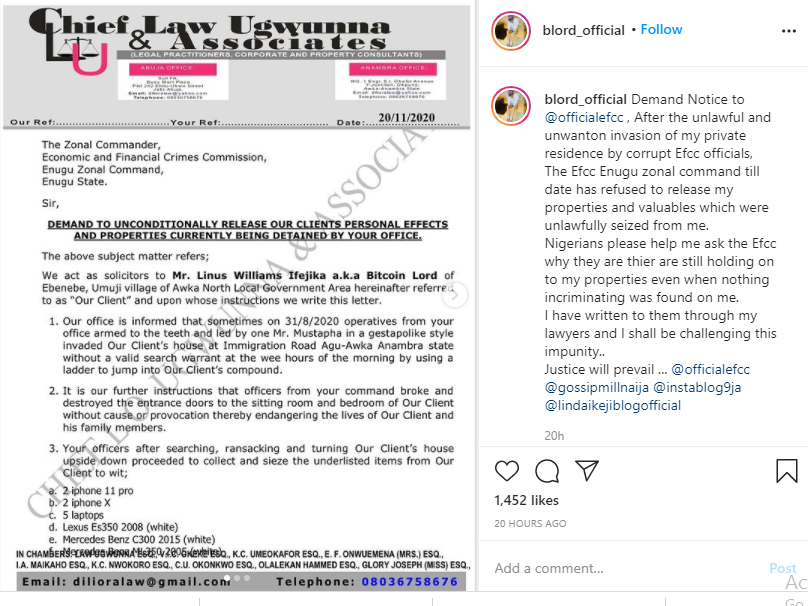 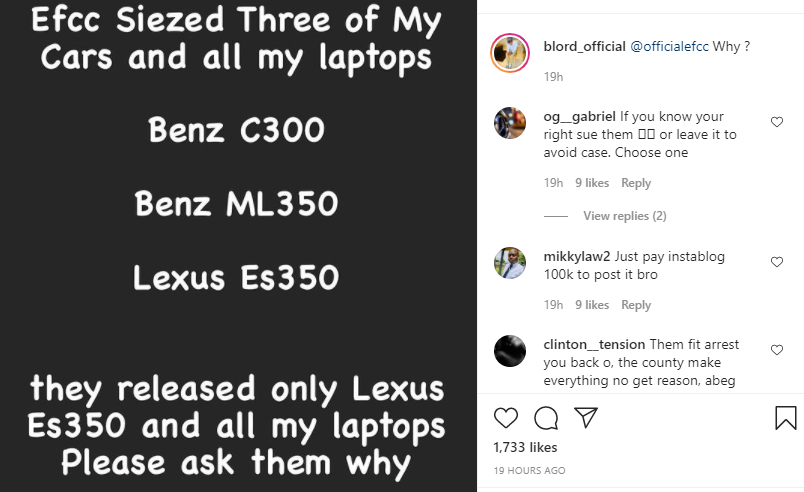 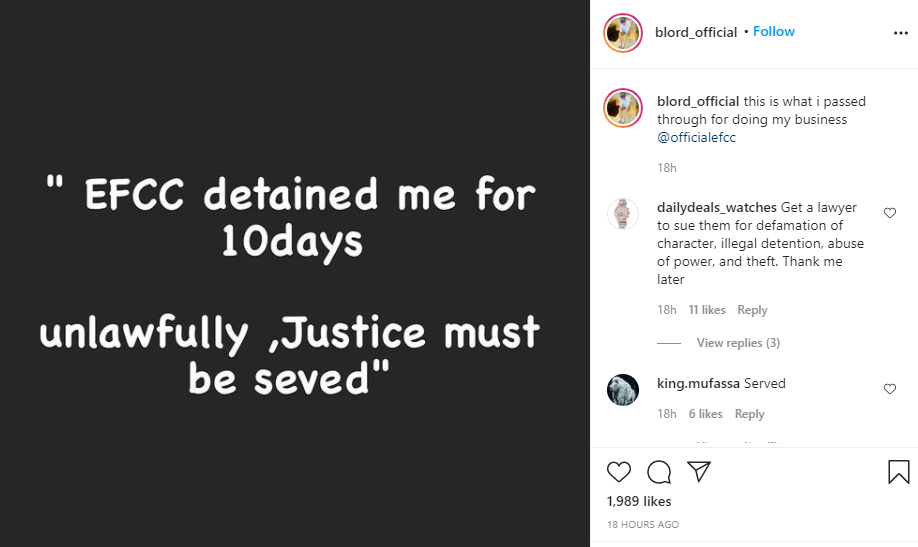 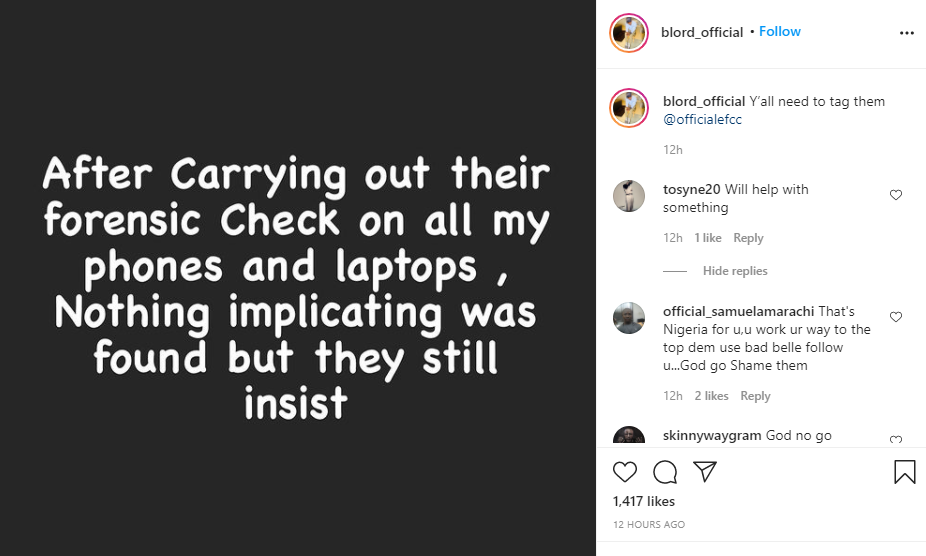 The post Businessman files lawsuit against EFCC for allegedly seizing his properties even after 'nothing incriminating' was found on him after his arrest appeared first on Linda Ikeji Blog.